JGL as in Marvel's Ant-Man? 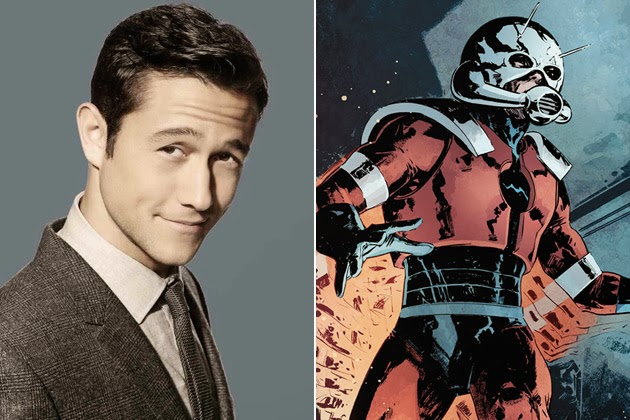 Joseph Gordon-Levitt and Paul Rudd are in the running to star in Edgar Wright's Ant-Man film, which is the first part of Marvel's Phase 3 films. Ant-Man will be released in late July of and no other actors have been attached the film as of now. Concerning the casting of Hank Pym/Ant-Man, I think both JGL and Rudd are fantastic choices for the role. JGL is one of my favorite actors and even though he is not as old as I would like, he is such a good actor that I doubt he would disappoint. Plus, JGL would be another actor to play both a Marvel and DC character, which is odd. Although I have not seen much of Rudd, he fits the appearance and age that Ant-Man should be. Basically, either choice is fantastic and is an infinitely better choice than Armie Hammer. Despite how much I like both actors that up for the role, Nathan Fillion is still my preferred choice in my fantasy cast, even though that is incredibly unlikely. Also my preferred choice for Hank Pym's girlfriend/wife, Janet van Dyne aka Wasp, is Morena Baccarin. Aside from the fact that Firefly fans like myself would love to see Fillion and Baccarin back together again, Baccarin looks exactly like Wasp and she can certainly pull off the role. Who is your preferred choice for Ant-Man? JGL, Rudd, or Fillion? Please comment below.

Below are videos with more information on the story.

Posted by James the Reviewer at 6:45 AM