Spirited Away, the Academy Award winning film from Hayao Miyazaki and Studio Ghibli. A film that often considered by many to be one of the best animated films ever made, and the best film by Hayao Miyazaki. Spirited Away is an animated family film about a young girl named Chihiro that goes on a fantasy adventure to save her parents. Of Studio Ghibli's films, Spirited Away is the most well known by American and western audiences, and it remains the highest grossing to come out of Japan. More than likely, it is the only anime movie that many in the west actually know about. While Spirited Away certainly has its flaws, the movie was a fun and fantastical adventure about coming-of-age that actually manages to tell a story that both children and adults can enjoy. 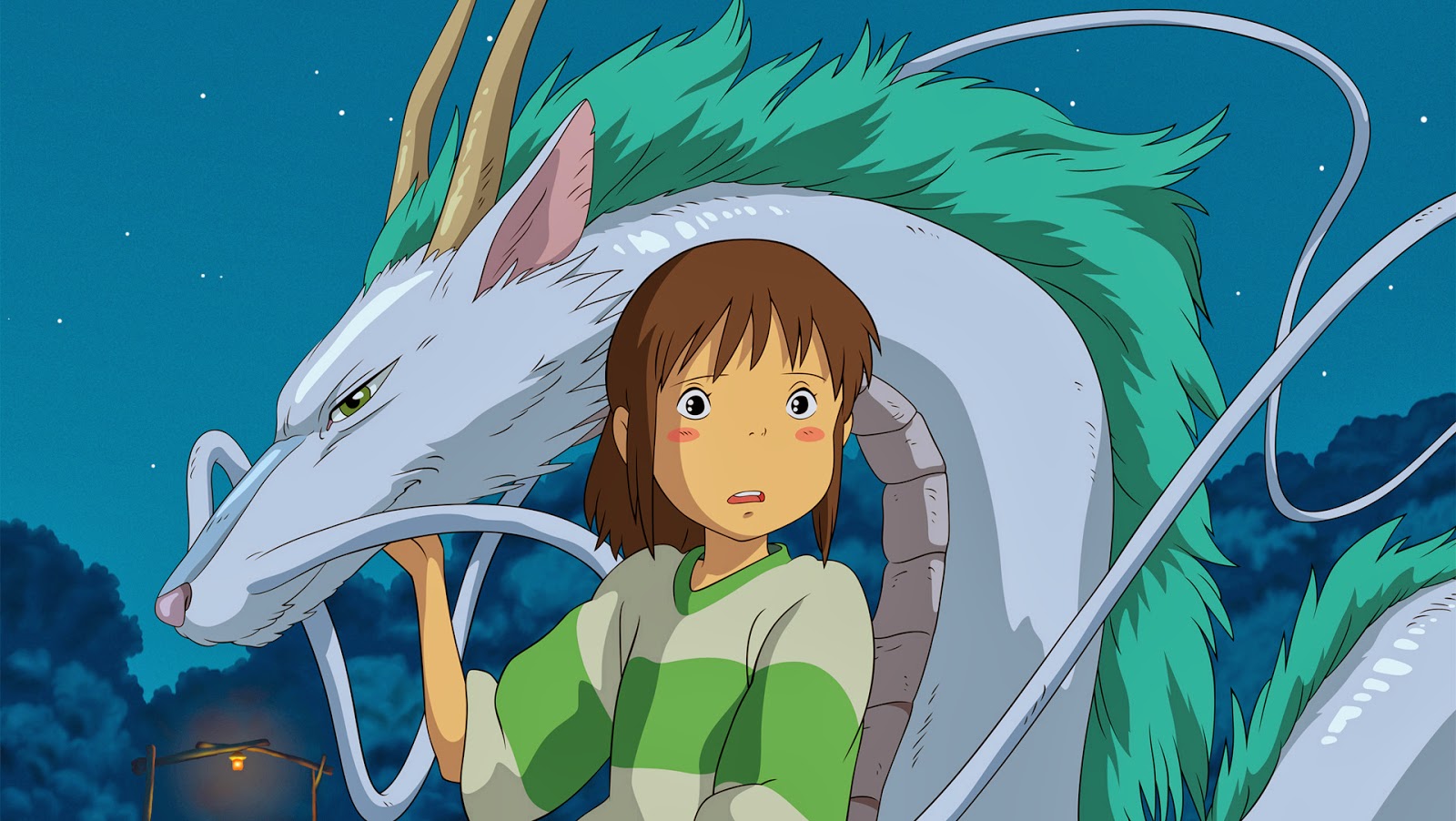 My main negative points about Spirited Away are the strange setting that sometimes makes enjoying the movie difficult. The plot and characters are mostly well executed, but some of the strange visuals can be off putting. Considering a lot of the crazy stuff I have seen in anime, it was rather strange that a few minor things in Spirited Away bothered me. Also, some of the movie is unintentionally corny, particularly the witch, and a little overly sentimental. Despite these minor flaws, please understand that these are minor flaws, but major ones. Sometimes when I criticize a famous or popular that I actually enjoyed a lot and I say something negative about, people jump to conclusion that I did not like the movie, but that is far from the case for Spirited Away. Below is a review by the famous Roger Ebert.

The Bad: A little too far out there, Overly sentimental at times,

Plot: The following plot summary is copied from Wikipedia.com.
Ten-year-old Chihiro Ogino and her parents are traveling to their new home when her father takes a wrong turn. They unknowingly enter a magical world that Chihiro's father insists on exploring. While Chihiro's parents eat like pigs at an empty restaurant stall, Chihiro finds an exquisite bathhouse. She meets a young boy, Haku, who warns her to return across the river before sunset. However, Chihiro discovers too late that her parents have turned into actual pigs and she is unable to cross the flooded river, becoming trapped in the spirit world.
Watch the movie to see what happens next. 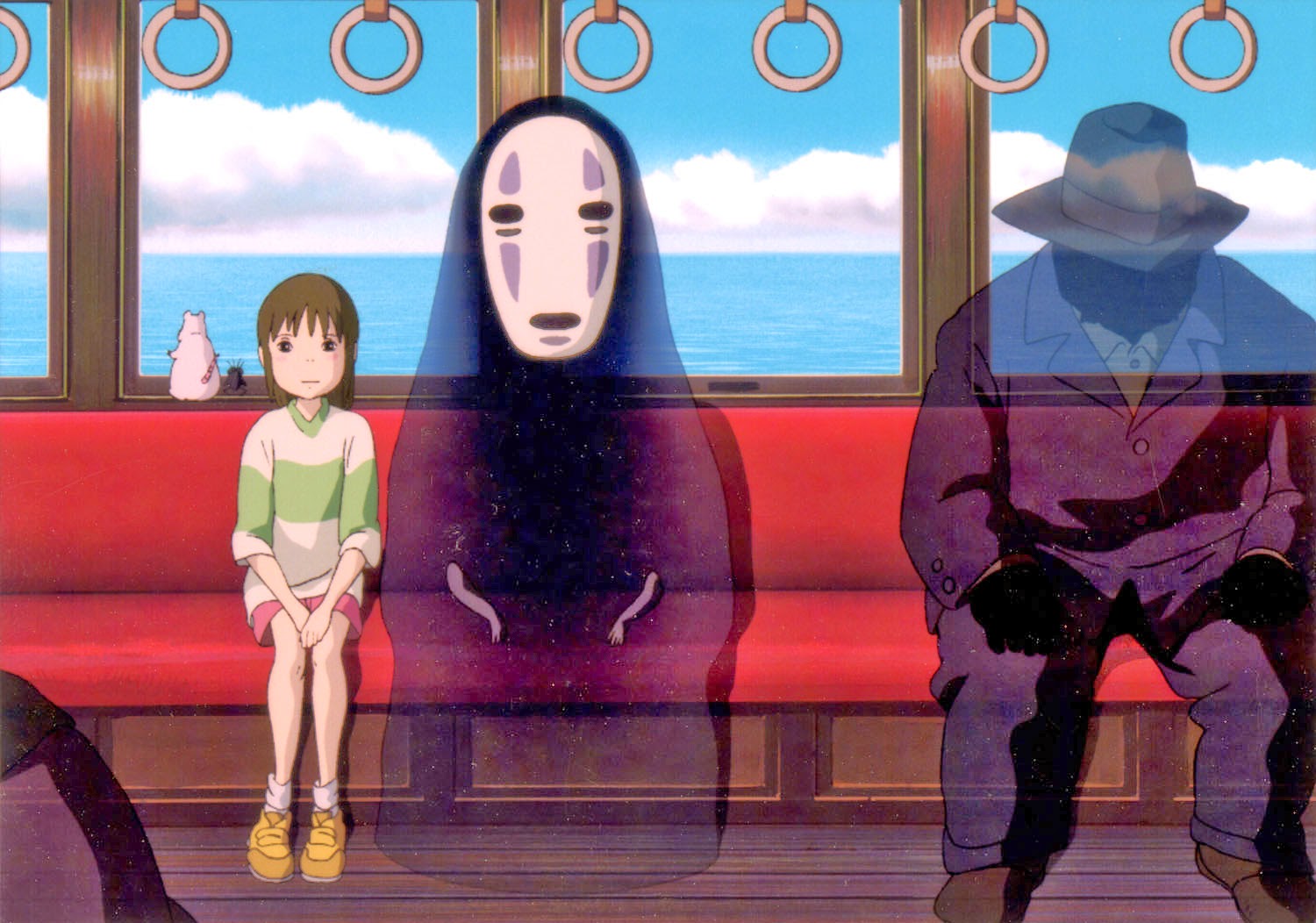 Plot: 8.6/10- While some of the setting is a little too strange for my taste, not getting invested in Chihiro's story is nearly impossible. What makes Spirited Away such a good movie is how easily the audience can get swept away into this fantasy Miyazaki creates.

Action: 6.0/10- Aside from some classic Miyazaki’s high flying adventure, Spirited Away is not an action film by any means; however, those high flying scenes were a lot of fun.

Acting: 8.6/10- At the time of recording Spirited Away, Daveigh Chase, the voice of Chihiro, was only around eleven and she did an excellent job in the film. Having an accurately aged actor voice the role added to the likability of the character, and Chase's performance was great all around. The rest of the English dub cast gives strong performances that fit their characters well. As usual with most anime movies, the Japanese cast is great.

Soundtrack: 9.8/10- As with most Miyazaki films, Joe Hisaishi scores the film, and he does an excellent job. His themes perfectly compliment the animation with beautiful sweeping music that can give you chills.

Humor: 7.6/10- While Spirited Away is more serious than most animated films that western audiences are accustomed to, there are still some well timed moments of levity throughout the film.

Overall: 8.4/10- Despite my few minor complaints, Spirited Away, as an overall package, it is a fantastic movie with a story that is so involving I could not help but become swept up in Chihiro's fantasy adventure.

Closing comments: While Spirited Away is a family film, it is the type of family film that anyone of any age can enjoy, and it is certainly better than most anything that western animation has ever produced.

Posted by James the Reviewer at 9:04 AM