Agents of SHIELD: Girl in the Flower Dress Review

Thoughts: Yes, I know I say this every week, but Agents of SHIELD yet again improves upon the previous episodes with the "Girl in the Flower Dress" being the best episode the series has to offer. The episode was darker, intriguing, and had excellent action scenes, if only the pilot episode started with a tone like the one in this episode, less people would have been discouraged from watching the series.
*Spoilers*
As for "Girl in the Flower Dress," yeah, it was awesome again. Skye is proving to be one of the best original characters in the Marvel Cinematic Universe with an intriguing back-story and with newly discovered motivations being that information about her parents was redacted by SHIELD.
One of my favorite parts about the entire episode is how the series avoided the common cliché about the inside person never getting caught until the last episode making all of the others characters look like idiots. However, SHIELD took an entirely different approach when Skye was caught helping her, now former, boyfriend escape SHIELD since Coulson was smart enough to have Agent May follow Skye. Plus it added a fantastic humorous moment to the series when May was standing at the door when Skye was leaving.
Aside from Skye's betrayal and subsequently being caught, the part about the character newly introduced, and subsequently killed off, Chan Ho Yin, aka Scorch, was a great addition to the series. Having some of the episode take place in China was great, although I doubt any of it was actually filmed there, and considering Whedon's affinity for the Chinese language (watch Firefly), it is not surprising. Louis Ozawa Changchien as Scorch did an excellent job in his limited role. The darkness of the character itself was great. When he continued to use his power after he was no longer impervious to flames was a great effect and turned the show towards a darker tone. However, two things that really made the episode for me was the brutal incinerate of Centipede scientist Debbie and Coulson and May killing Scorch. The effects used to burn Debbie alive were rather impressive considering that it is on TV budget and I really liked how the show did not shy away from the violence. Also Coulson ordering Scorch to be put down was almost surprising, but in a good way, because that shows again that Coulson's intentions are always for the greater good unlike some other supposedly "dark" hero. Another great Coulson moment is when he is genuinely pissed off at Skye, and Gregg's serious performance was perfect in that scene. Plus, there was no humor in the scene, which made it much more effective. 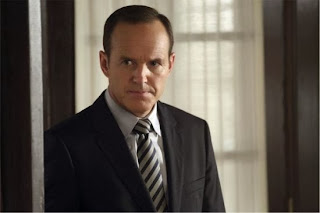 "Girl in the Flower Dress" marked two other characters from the comics being introduced, albeit incredibly obscure ones at that. There is a comic book version of Scorch, although he is a mutant and only lasted a couple of issues as a very minor character (picture below). However, he did posses basically the same powers. Raina on the other hand is a bit of an enigma since her character is also mutant but the character looks more like a reptile and is from the Savage Land (picture below). The character bears little resemblance to her comic book counterpart, however that may be subject to change when we discover if Raina has actual powers from the altered Extremis. 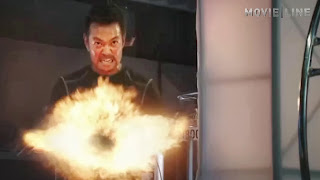 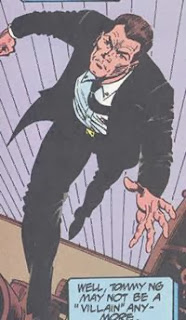 Above are both version of Scorch and there are obviously large differences, including the character's real name. However, their powers are basically the same, the only difference being that the comic version is a mutant, which has been confirmed to not exist in this universe. 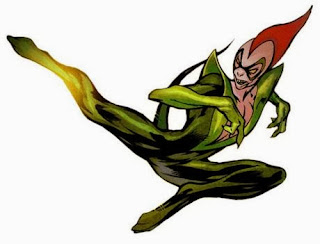 While I doubt naming the character Raina is a coincidence, but I find naming her after the character above is a bit odd, especially since she has very little significance, other than being featured in the Age of Ultron story in the comics, which the next Avengers film is named after. 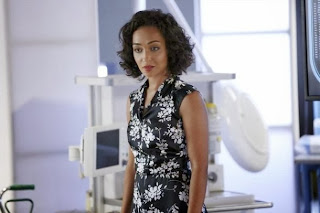 Action: Again, the action has improved over previous episodes, featuring some great kills by Scorch.

Production Value/Special Effects: For the record, the fire effects looked a lot better than the Hunger Games, just saying. Considering how difficult making believable flame effects in CGI is, the series did an admirable job. Sure, the effects were not mind blowing but they get the job done.

Comedy: While more serious that earlier episodes, the episode had several humorous moments.

Overall: 9.5/10- "Girl in the Flower Dress" is the best episode Agents of SHIELD has had yet balancing a new character, Skye's betrayal and Coulson's solution to the problem perfectly. Hopefully the series will continue to improve!

Posted by James the Reviewer at 6:49 AM