The X-Men: Days of Future full trailer is here and I could never be more excited for the film than I am right now. While it is not the best trailer I have ever seen, it certainly makes me excited for the upcoming film. It is probably my most anticipated film of the summer or at least tied with the Winter Soldier. As expected, the movie is apparently going to stray from the original comic story and we do get a brief look at several of the new characters including Blink (Asia girl), Warpath, Bishop, and a few others. Even though I knew Halle Barry would be in the film, I really wish she was not in it since she was the worst cast character of the main X-Men. Also the new costumes are still not that great, but they are better than the old ones. Other than that, the movie looks like it is going to be great. On a side note, I have heard the music in the trailer before but I cannot place it, does anyone else recognize it? What do you think of the trailer? Please comment below. 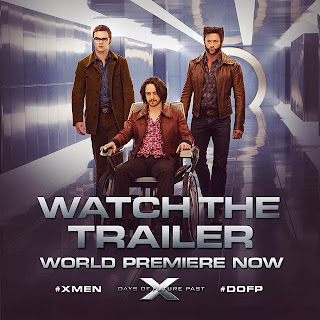 Posted by James the Reviewer at 9:56 AM