Hunger Games Filming in My Hometown!

The Hunger Games: Mockingjay is filming in my hometown! Yes, the third entry in the Hunger Games is filming in an old abandoned complex in the town near where I live, and I have pictures below. Jacob and I drove around the building taking pictures, which I have posted below. Unfortunately, the crew covered most of everything that was going on, but we did get some photos of the tents and one picture of a rack of costumes. Considering that they have been filming for almost two weeks now, it would seem a good deal of the movie is being filmed there. Unfortunately, I have not seen any of cast around the area, although I do not live in town. For those that live in a big city, movies filming where you live is probably not a big deal but considering how small of a town I live in, this is a big event and the first time it has ever happened. Also some of these pictures are just the outside of the building so that you can see what it is going to look like when it is featured in the movies. Please tell me what you think. 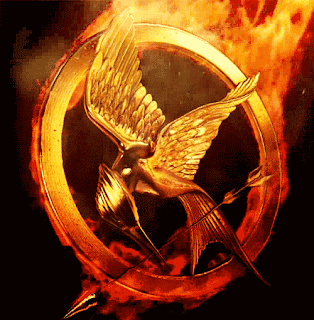 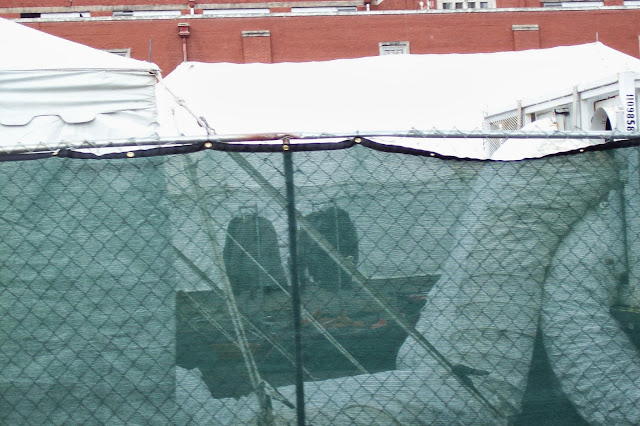 This is the best picture because you can see costumes on the rack behind the green fabric, which is obscuring. 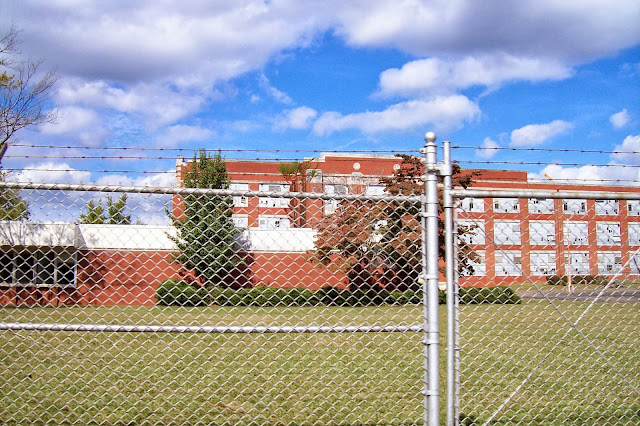 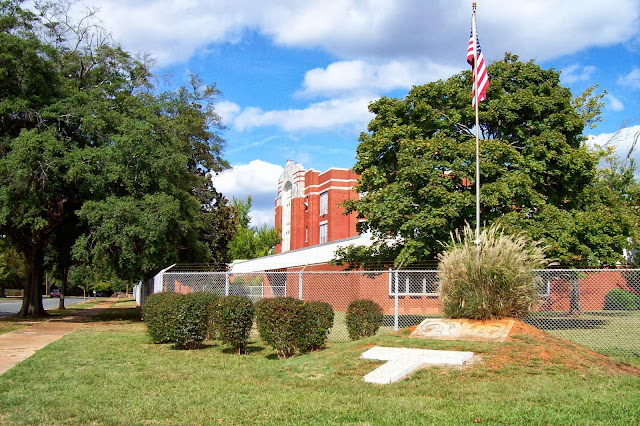 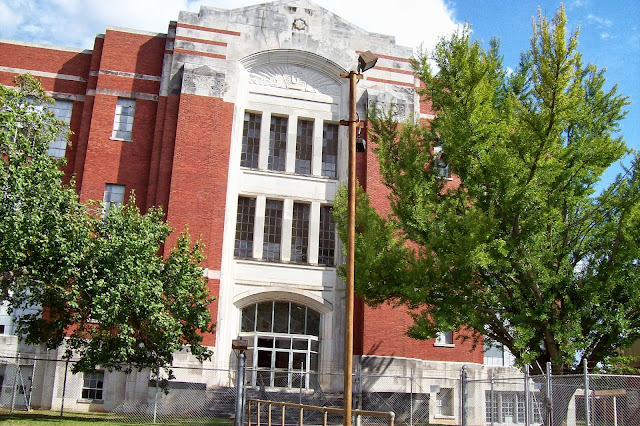 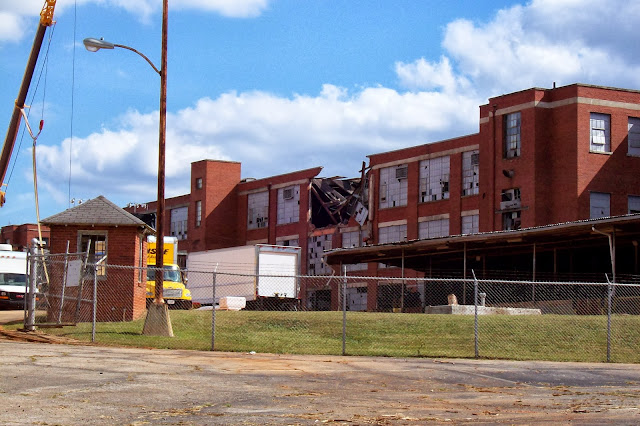 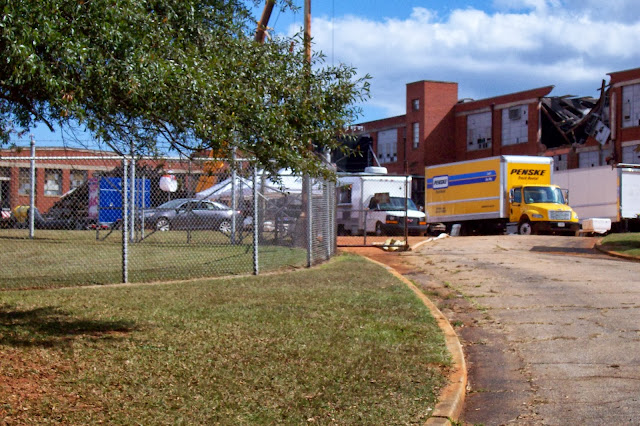 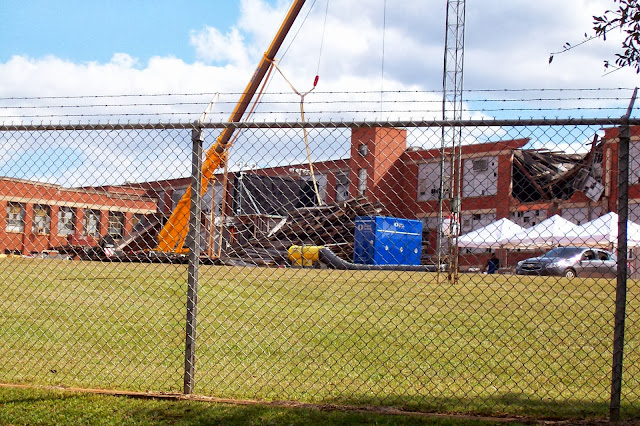 Those cranes are not normally there. 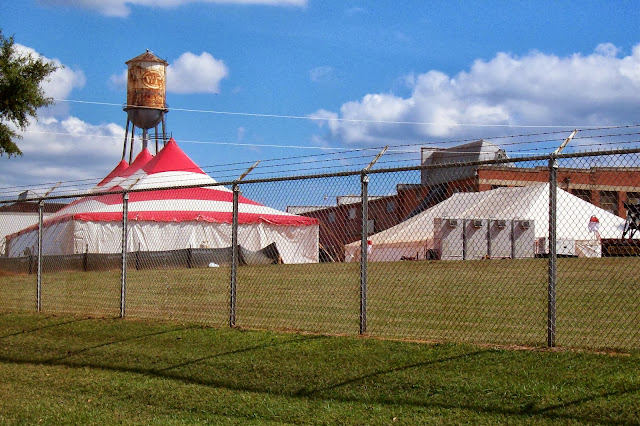 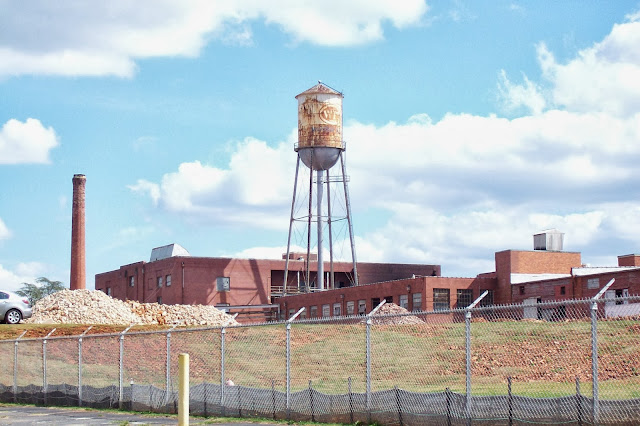 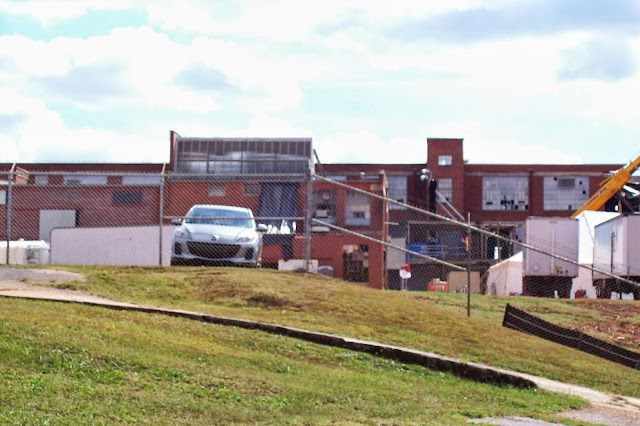 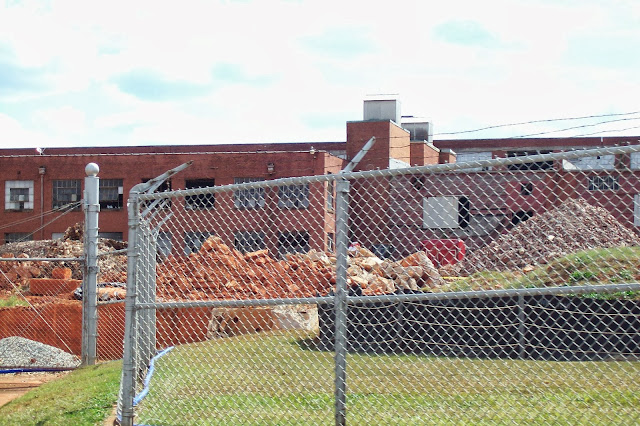 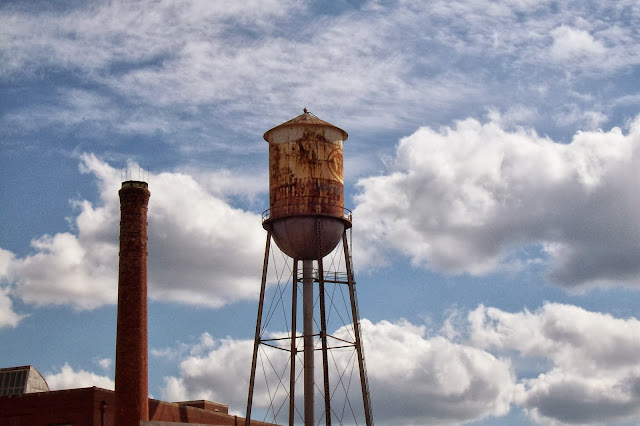 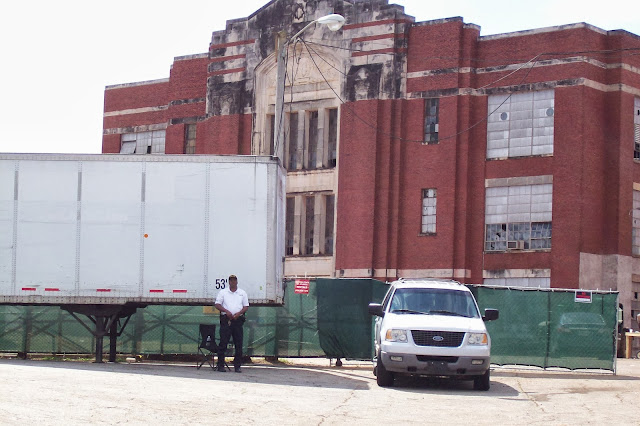 That is the security guard, and there are several others around the complex. 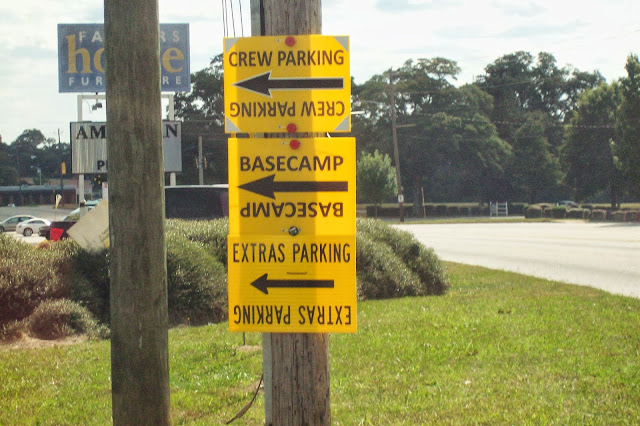 What do you think? Please comment below.
If you want to contact us or have any questions please send an e-mail to johnstarslayer@gmail.com.

Posted by James the Reviewer at 7:39 AM