Today is Halloween, so what better time than the present to rank my Top 10 favorite horror films! In general, the horror genre is not one of my favorites. All too often they are mindless gore fests or filled with cheap thrills; however, there are some horror films that rise above the rest. Due to not having seen all that many horror films, horror comedies that feature zombies and the like will be included on the list. Also, at the end I will have honorable mentions for a couple of television series in the horror genre. 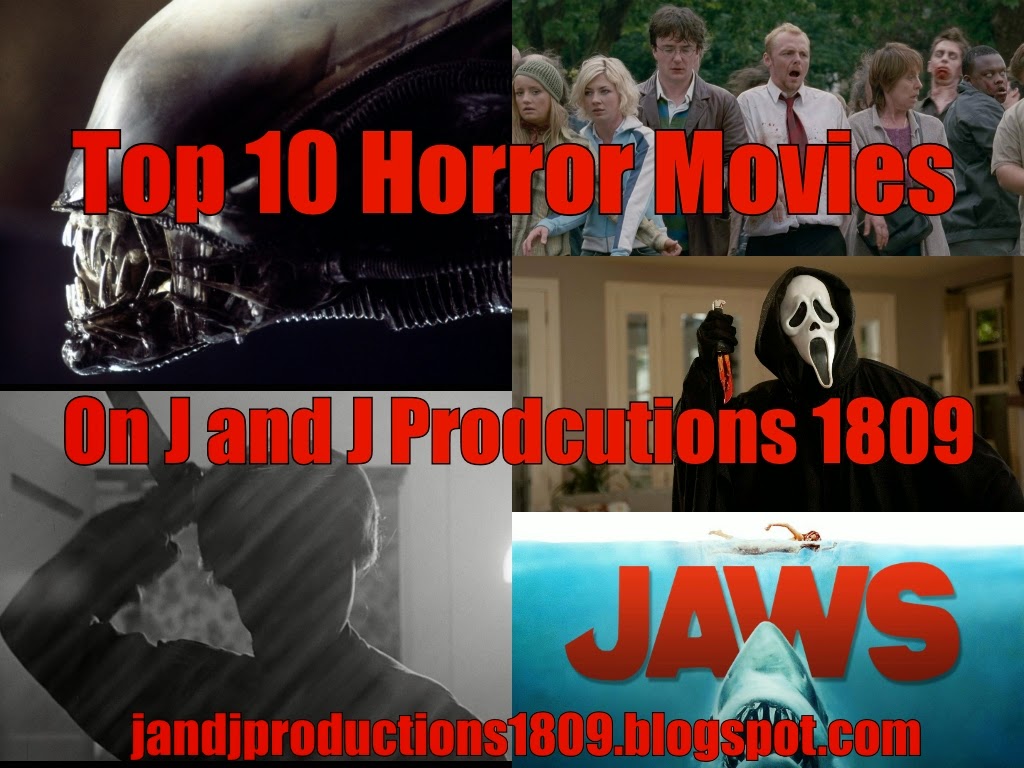 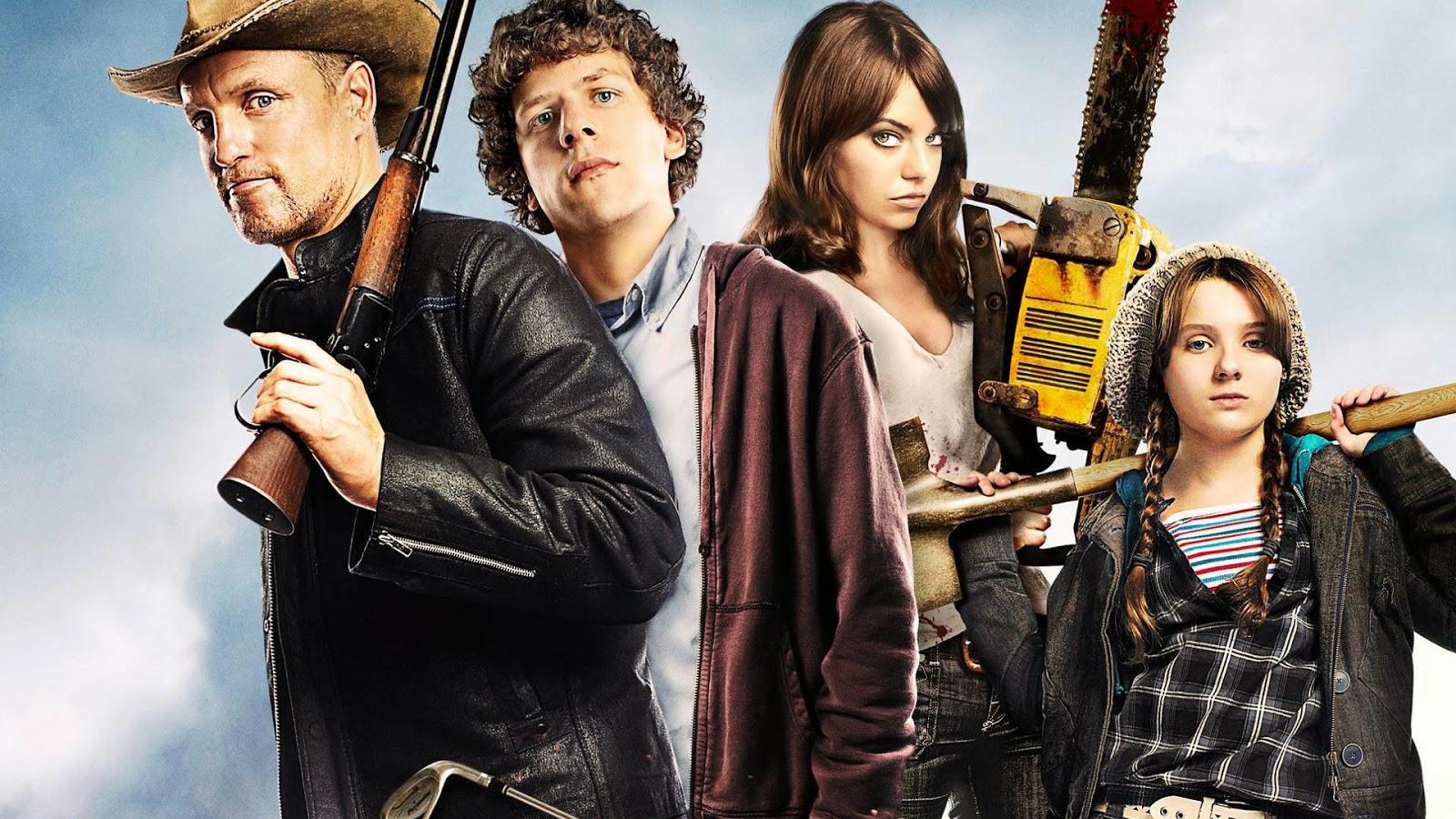 Much more a comedy than a horror film, Zombieland is a fun zombie slaying romp! Taking advantage of its quirky cast, including perfectly cast Jesse Eisenberg, Woody Harrelson, and Emma Stone, Zombieland has just as many laughs as it does entertaining zombie slaying. Plus, it has one of the best cameos of all-time. 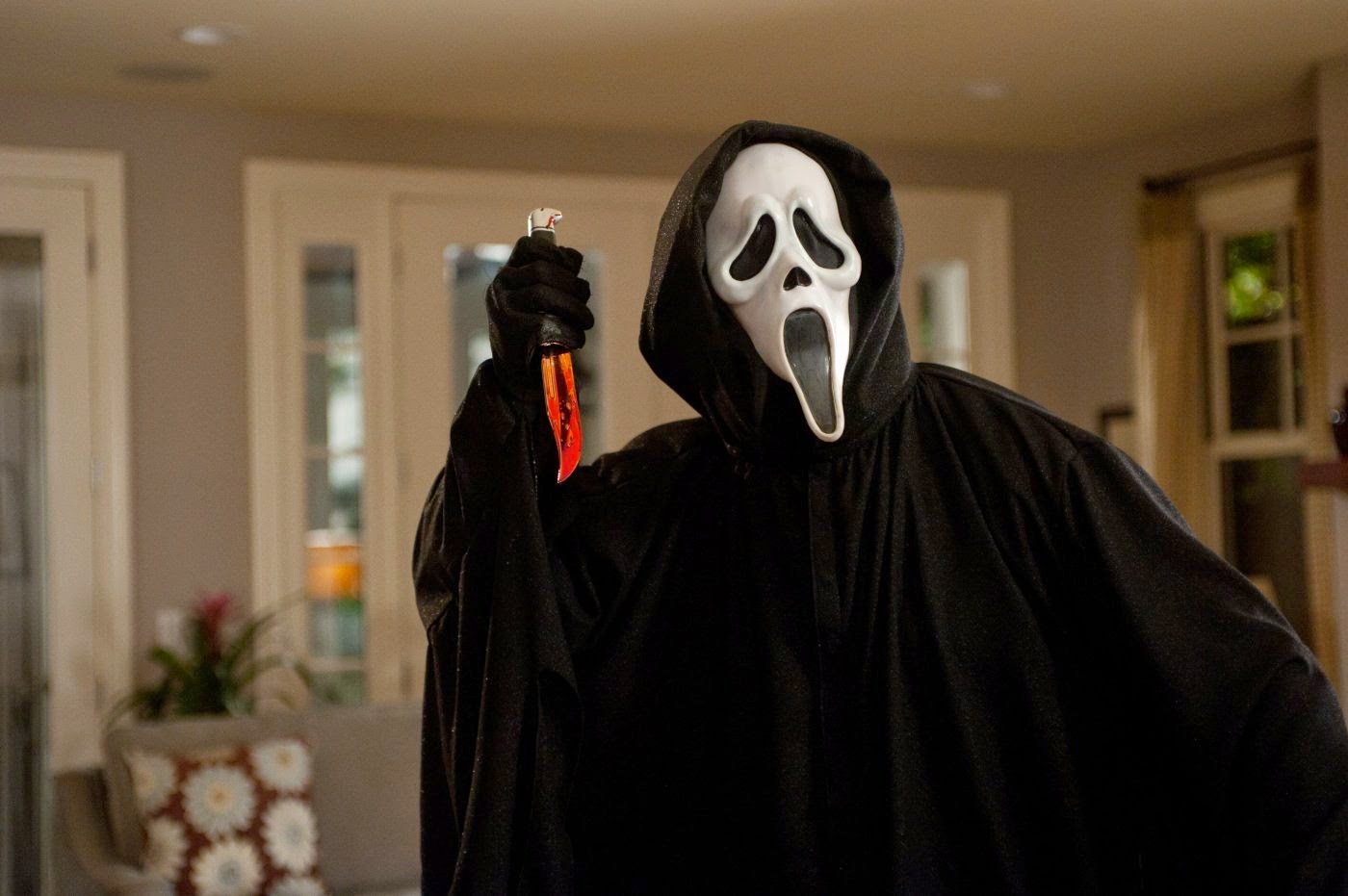 More of a satire of the horror genre than a pure horror, Scream follows high school student Sidney Prescott in a small town where a murder in a mask terrorizes the town. While often more humorous than scary, Scream both parodies the tropes of the horror genre, as well as crafting a surprisingly competent mystery. 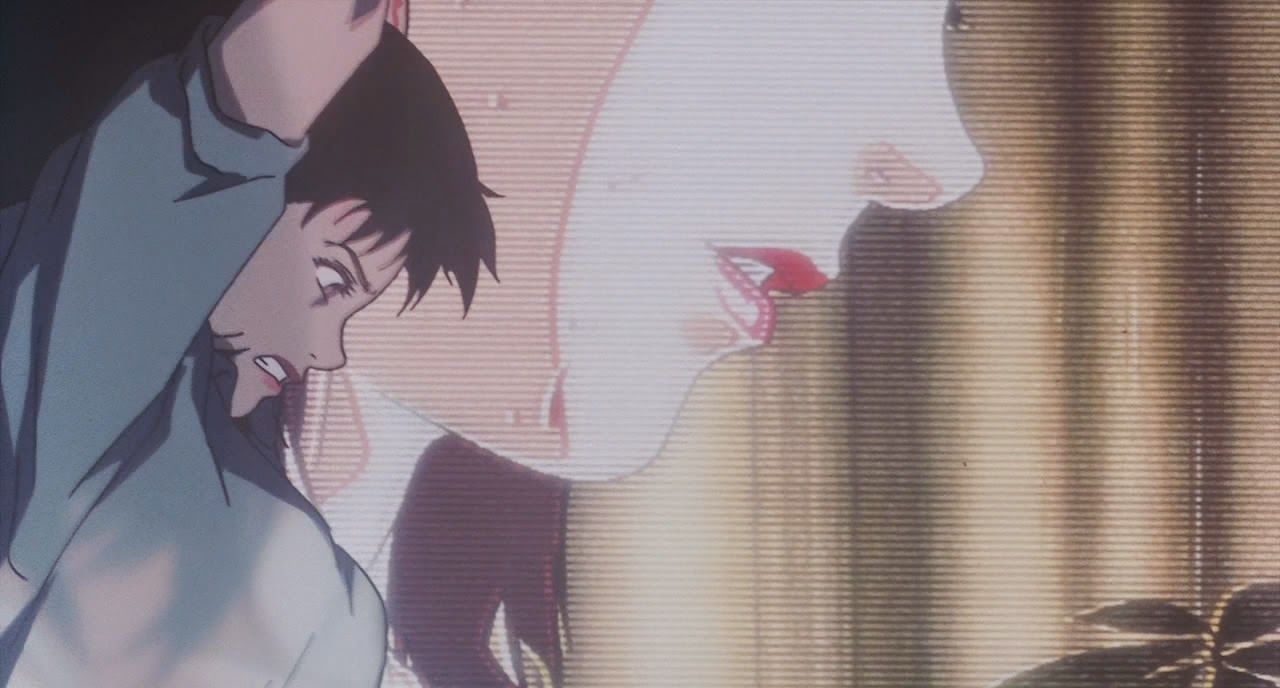 Do you think animation is only for children? Watch Perfect Blue and your perspective will be changed entirely. The film follows Mima, a pop-idol turned TV star, as her she slowly loses her sanity after a stalker continues to threaten her live. While more of a psychological horror mystery than straight horror, Perfect Blue is Satoshi Kon’s first feature film in what would become a prolific career as one of Japan’s best directors. In fact, Kon’s work has influenced famous director, Darren Aronofsky. Aronofsky even copied a scene from Perfect Blue in Requiem for a Dream, and even though he denies it, the similarities between Black Swam and Perfect Blue are uncanny! 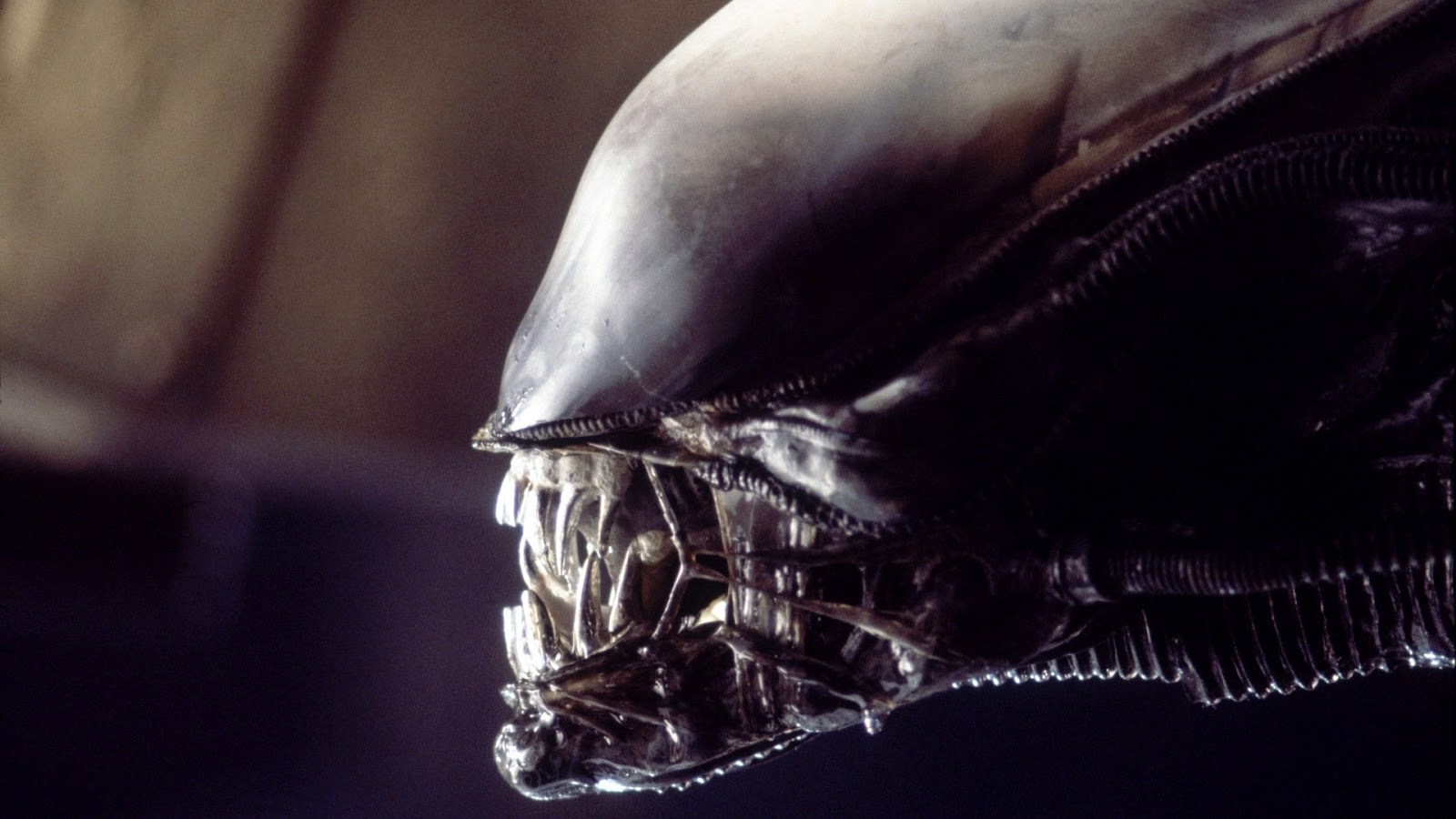 Ridley Scott's classic horror thriller, Alien, introduced the world to who would become one of the sci-fi's most famous heroines, Ellen Ripley, played by Sigourney Weaver. Even though the thrills were diminished by my knowledge of future films, Alien's sci-fi setting and atmosphere revolutionized the genre.

6: The Cabin in the Woods 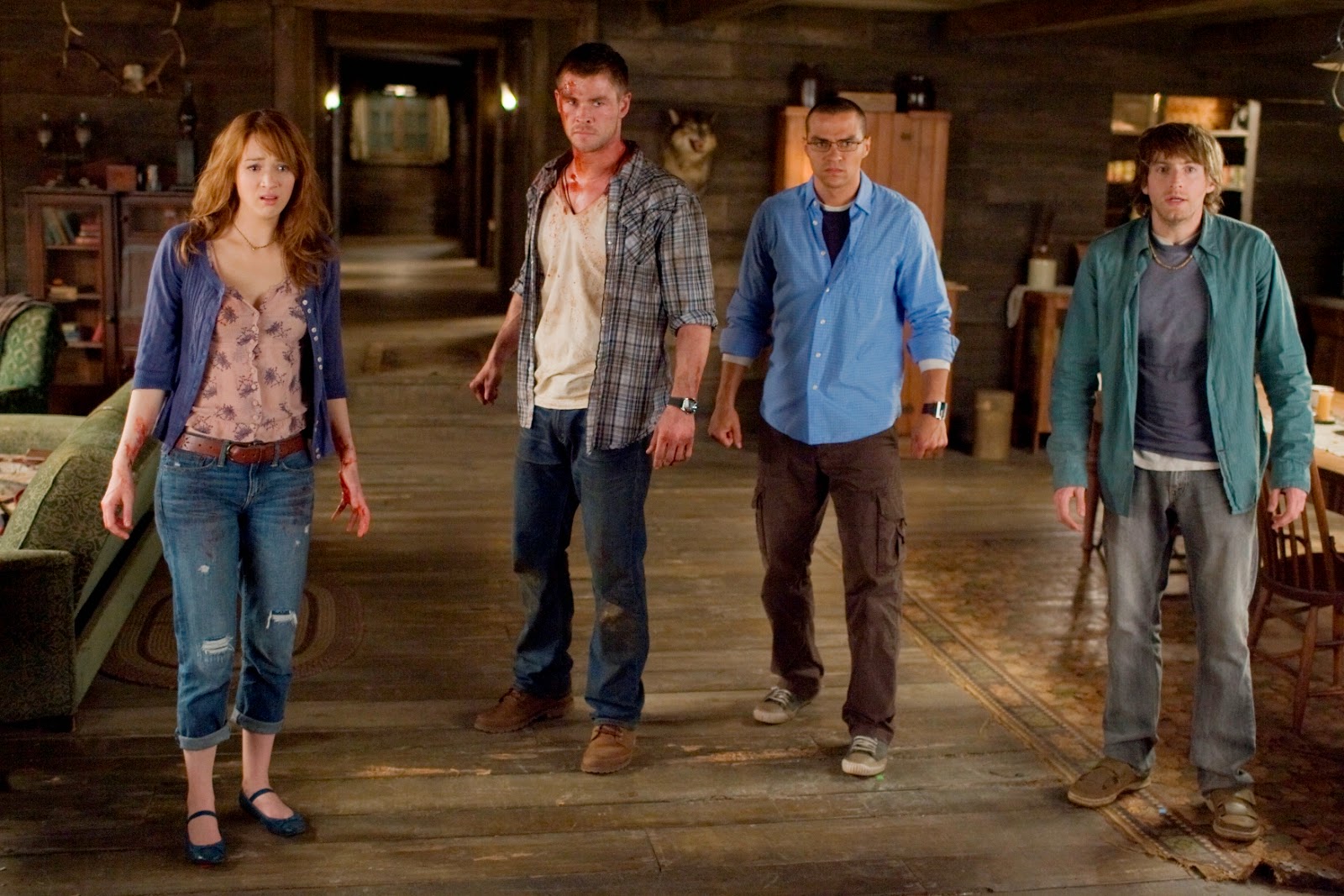 Written by the legend himself, Joss Whedon, and directed by frequent Whedon collaborator, Drew Goddard, The Cabin in the Woods is an ingenious deconstruction of the horror genre that shows how utterly ridiculous it has become in recent years. From the superb black comedy to the classic film references, The Cabin in the Woods is just the type of bodacious film that you would expect from Whedon.

5: Shaun of the Dead 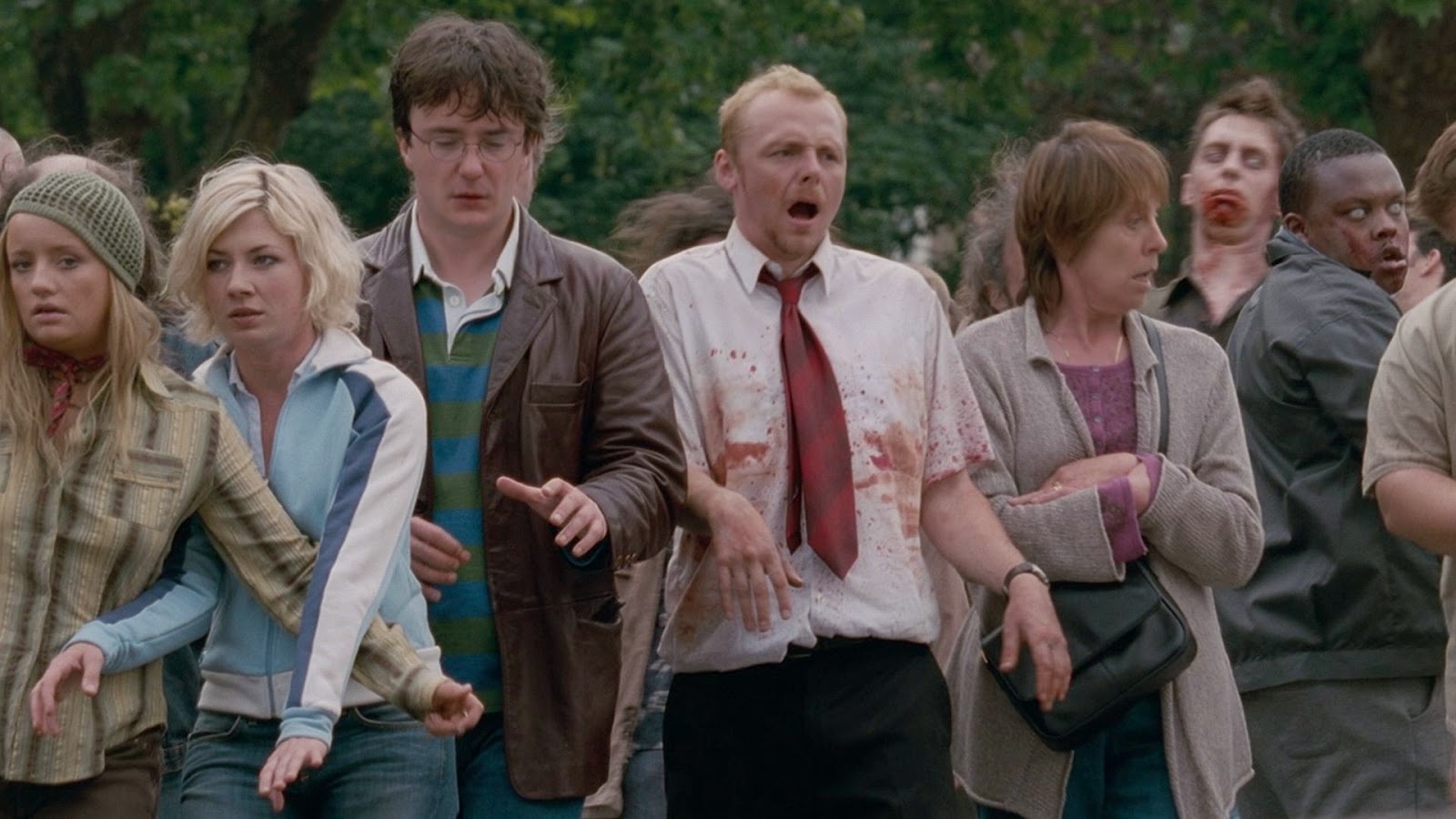 With a sharp British wit and stylistic directing from Edgar Wright, Shaun of the Dead is a hilarious satire of the zombie genre. From beginning to end, Edgar Wright fills the film with his unique brand of clever humor, while still delivering likable characters and surprisingly effective zombie drama and action. 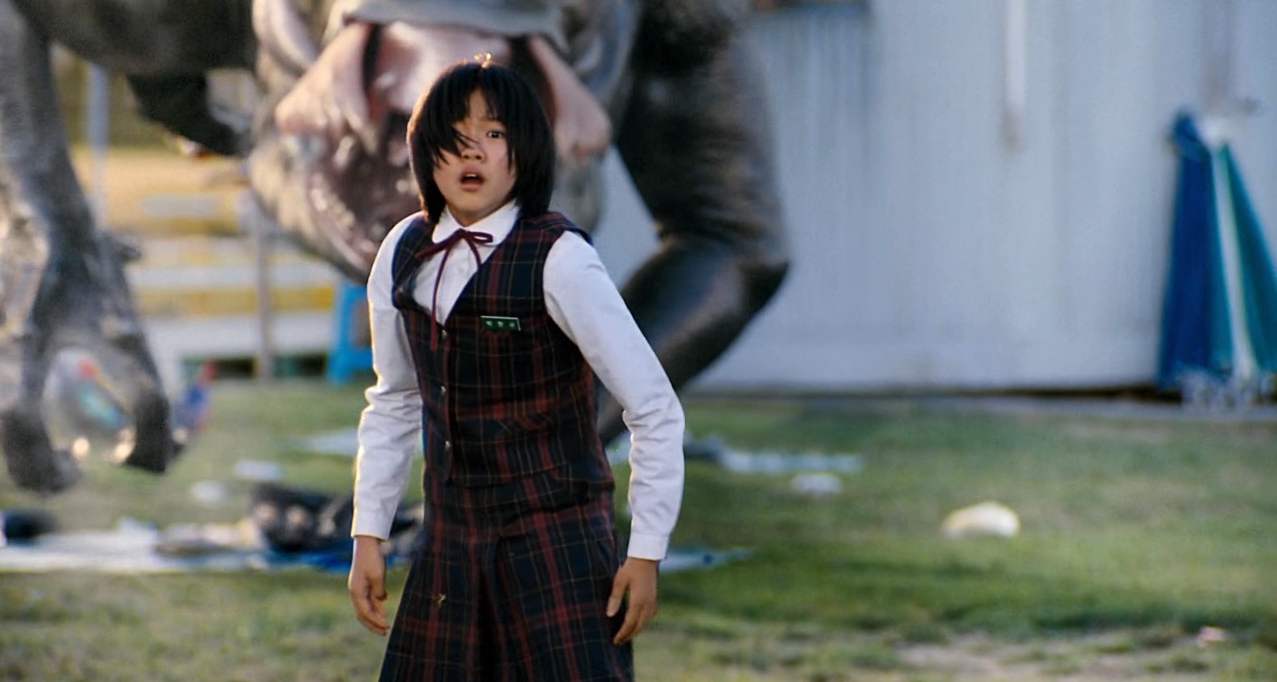 Not to be confused by the film based on Stephenie Meyer's novel of the same name, The Host is Korea's refreshing take on the monster horror genre. Thanks to director Bong Joon-ho for focusing more on the family drama, The Host is a cleverly comedic and thrilling film that still has more heart than just about any other monster flick ever made.

3: Silence of the Lambs 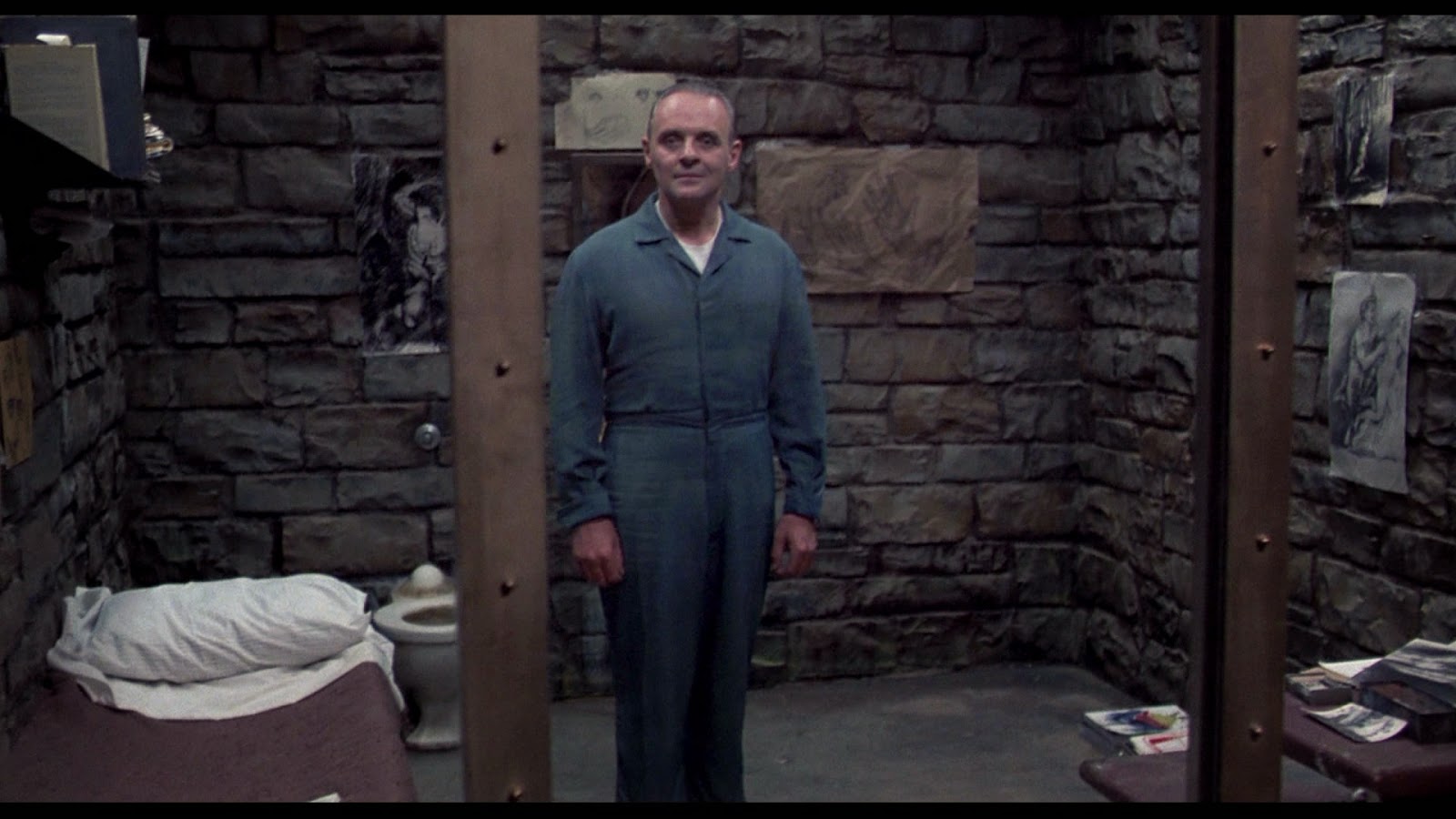 While almost more of a psychological thriller than a pure horror film, Silence of the Lambs is often listed among the best of the horror genre, and thus it deserves a spot on my list. Even though the film can be incredibly disturbing at times, it most definitely succeeds in creating plenty of nail-biting suspense, thrills, and many utterly horrific scenes. 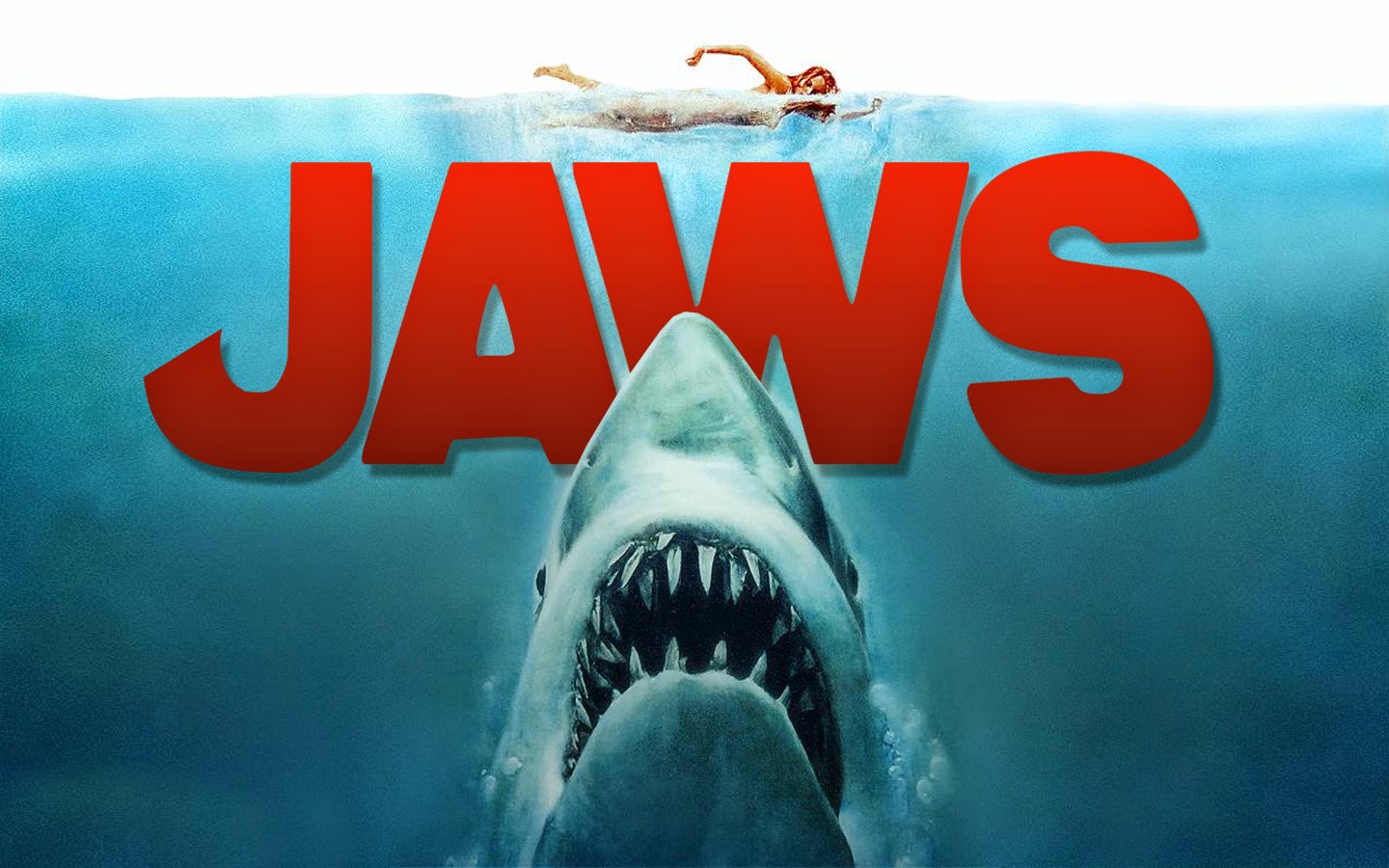 Steven Spielberg's undeniable classic that took moviegoers by storm in 1975, Jaws is a masterpiece of film direction. Thanks to technical difficulties with the special effects, Spielberg had to resort to not showing the shark for the majority of the film, which obviously turned for the best. Jaws is the type of film that everyone needs to see at least once in their life, especially if you consider yourself a film buff. 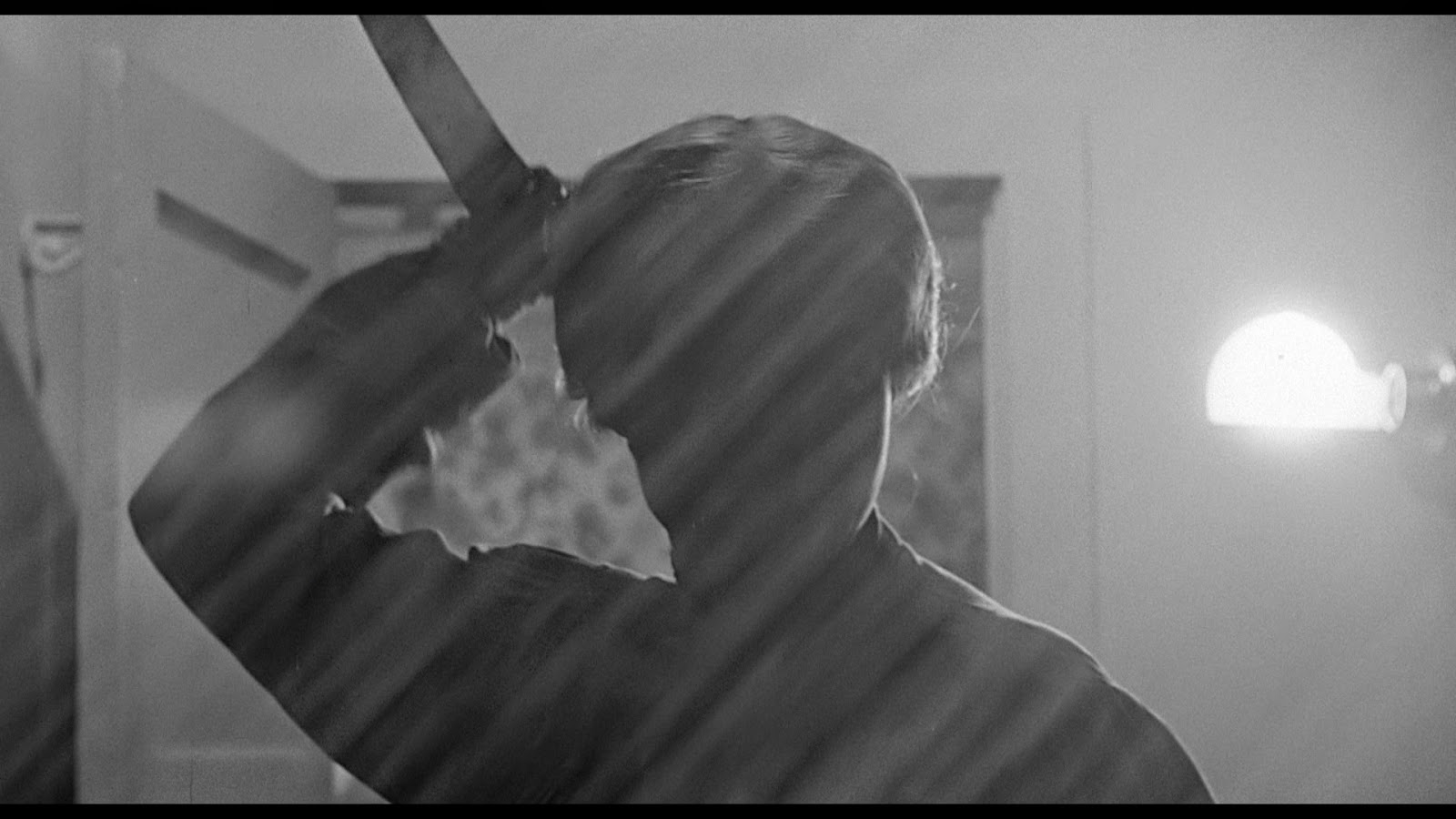 Alfred Hitchcock's original horror film that virtually launched the slasher genre, remains the pentacle of the horror genre in my eyes. From Anthony Perkins’ terrifyingly creepy performance to the infamous shower scene, Psycho is every bit as suspenseful today as it was 50 years ago. 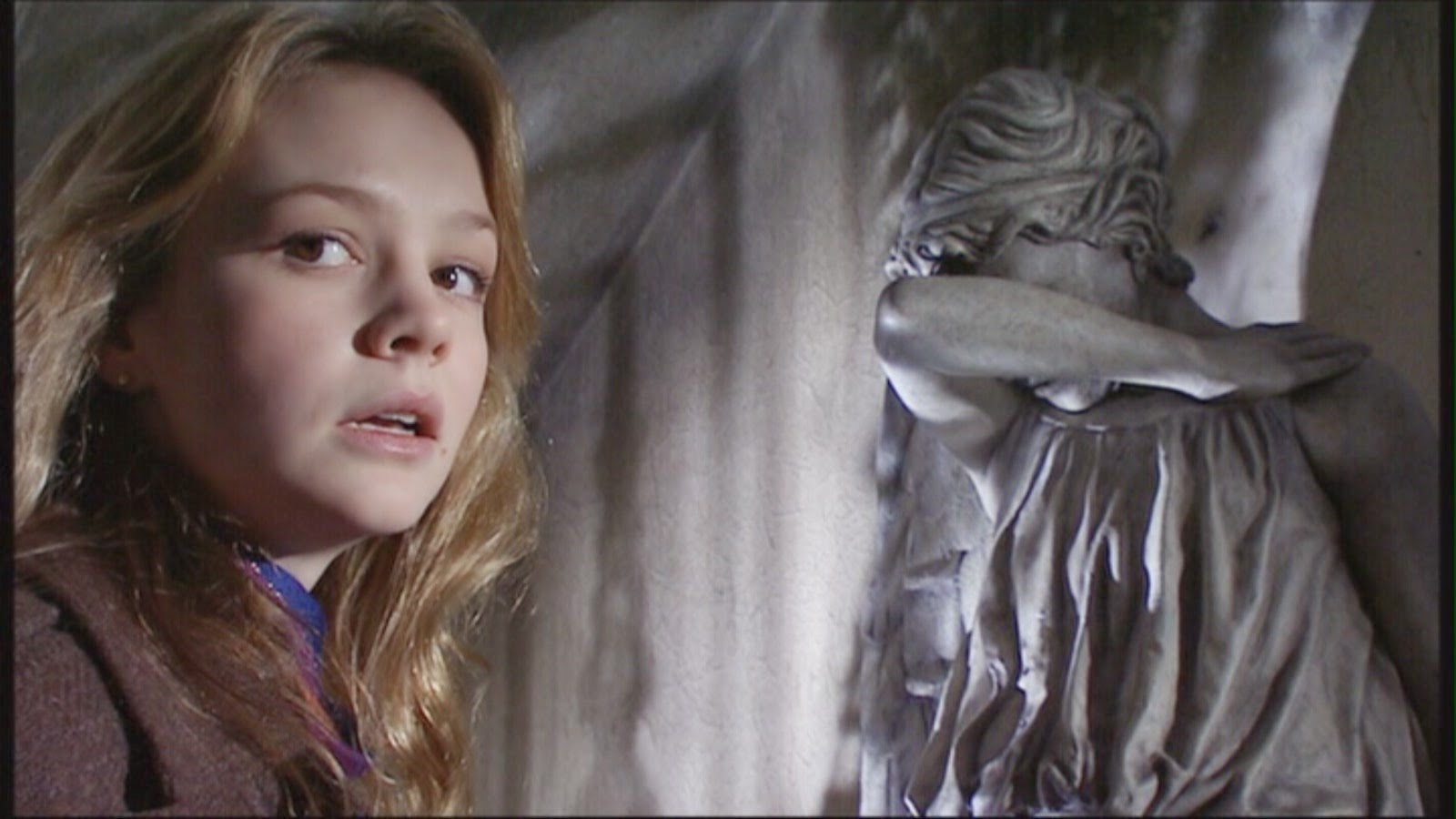 If I had to chose my favorite Doctor Who episode, "Blink" would have to be my choice due to its perfectly crafted standalone story, inventive creature, and originality. As a standalone gothic horror story, "Blink" is a virtually flawless piece of fiction and the highlight of Steven Moffat’s writing career. In fact, I would almost go as far to say that Blink is my favorite episode of any television series. 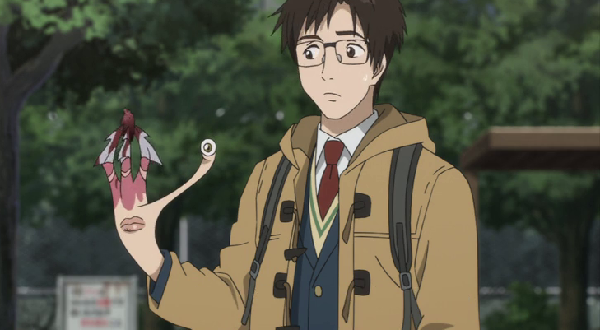 Parasyte, aka Kiseijuu, is a currently airing science fiction horror thriller about alien parasites that infect people’s brains and turn them into powerful killers. However, the parasite that infects main protagonist, Izumi, is not able to reach the brain, and thus only replaces his hand. With the assistance of his sentient hand, Migi, Izumi must survive as other parasites attempt kill him as well, while also keeping his alien hand a secret. Four episodes in, Parasyte is already a top contender for best series of the year with its superb concept and horror thrills. Apparently, there is a live-action adaptation, although I have yet to see it.

What are your favorite horror films? Please comment below and let me know!