Terror in Resonance, aka Zankyou no Terror, the year's best crime thriller. 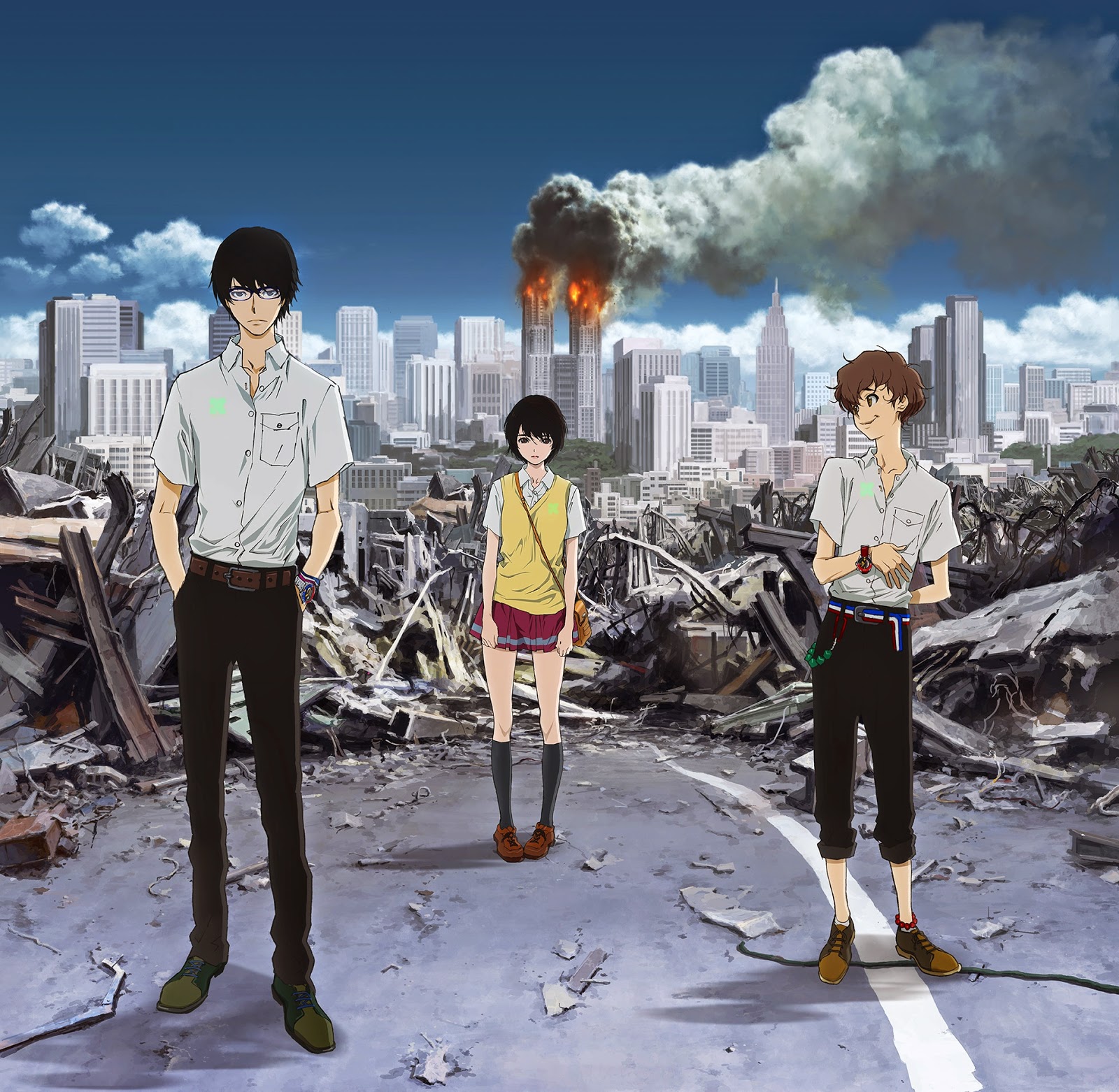 Terror in Resonance follows two young men, Nine and Twelve, who conduct various acts of terror throughout the country, including destroying skyscrapers and bombing train stations. However, their acts of terror are not exactly what they seem. The duo provide the police with riddles to find the bombs, as well as only targeting buildings that have been evacuated, thus no casualties. Detective Kenjirō Shibazaki notices something in their riddles, which leads him into a thrilling game of cat and mouse as he tries to apprehend the terrorists. What then follows is one of the most entertaining crime thrillers in recent years.

The Bad: Not always as smart as it thinks it is, Questionable antagonist actions, A few gaps in logic,

Plot: 9.3/10- Terror in Resonance's plot is its strongest aspect.

Avoiding virtually all tropes and clichés, the series instead opts for a refreshingly realistic approach to the setting and narrative. After the introductory episode, most episodes feature Nine and Twelve crafting riddles for the cops to solve and strategically bombing the city. After the midway point, even more twists and turns take place with some unexpected new additions to the series. On occasion, the series is not quite as smart as it thinks, yet, for the most part, Terror in Resonance takes the thrilling suspense of Death Note, albeit to a lesser degree, and combines it with a realistic setting and government conspiracies. However, unlike Death Note, Terror in Resonance's conclusion is utterly satisfying and rather poetic, in a brilliant way. My only problem with the plot itself is that there are gaps in logic if you really want to analyze everything.

Without revealing too much, Nine and Twelve are one of the series' two main protagonists. They work together to terrorize Japan. Nine appears to be the main planner of the team with a cold, almost emotionless personality at times, where as Twelve is more active and outgoing, but both of them are highly intelligent. Until the final episode, why Nine and Twelve commit their acts of terror is generally unknown, yet, the final revelation is satisfying enough, even if the writers left me guessing for ten episodes. My only problem with the characters, which is more a problem with the series in general, is that they are made to be "less-bad" and justified for their actions by the end, and even though it works, having a series where the main characters are true terrorists could have made for an even more complex and morally gray series. While neither character is as compelling as they could be, they both serve their purpose well. 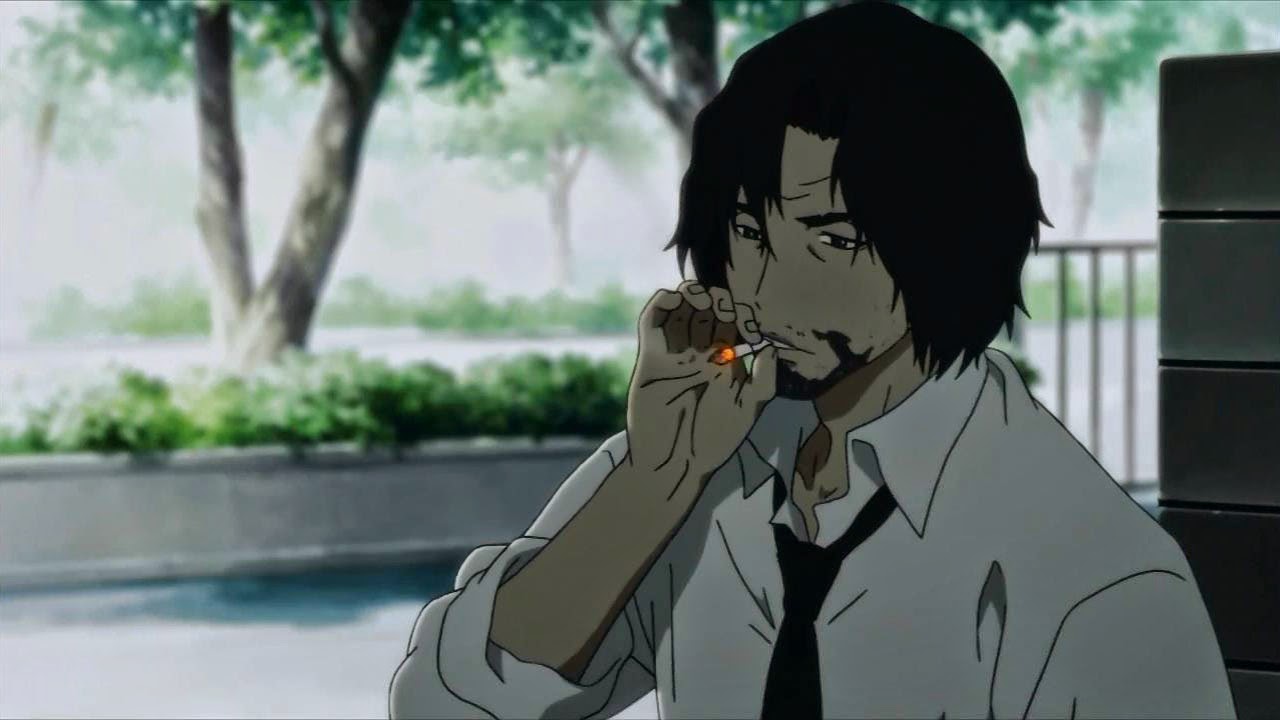 In terms of characterization, Kenjirō Shibazaki is the series' standout. While Shibazaki contains elements of a usual cop, he seems like a very realistic character with real problems. The series is able to make Shibazaki a sympathetic character to which the audience can connect to.

Lisa Mishima goes to the same school that Nine and Twelve transfer to, and eventually becomes tangled in their acts of terror. At first she seems to be a completely pointless character, yet, by the end she has a purpose to fulfill. She is the weakest of the characters, but she is still hard to dislike.

The series' antagonist, who I will not name, is an intriguing character. She is, at first, a nice foil to the Nine and Twelve, yet she makes several dumb decisions towards the end, which is way out of character for a supposed genius.

Action: N/A- Terror in Resonance is a thriller series first; however, it does feature some thrilling cars chases and races to stop bombs.

Acting: 8.5/10- For the most part, the cast is excellent, particularly Shunsuke Sakuya as Shibazaki. However, there is one flaw; the horrible bits of English. Since the American CIA plays a role in the series, there are points where English is spoken, and it is terrible to listen to with some impossibly bad delivery and broken English. I could have delivered the dialogue better!

Art Style: 9.5/10- MAPPA's animation is simply superb. It combines Shinichirō Watanabe's distinct art style and character designs, with ultra-realistic style for the settings and backgrounds. Except for the character's stylized designs, the animation features some of the most stunningly realistic animation to date.

Soundtrack: 9.7/10- Yoko Kanno strikes again with yet another masterpiece of a score. While not quite as noticeable during the series as her previous work on Cowboy Bebop, it is perfectly understated to compliment the series with its many sublime tracks.

Opening and Ending: 8.7/10- Terror in Resonance's opening song, “Trigger” by Yuuki Ozaki, is perfectly fits the series with haunting visuals, whereas the ending is quite good as well, just less memorable.

Non-Otaku Appeal: Except for the lack of a dub, Terror in Resonance is the perfect anime for non-fans of the medium thanks to the familiarity in tone and style to many American crime thrillers, except with a lot smarter writing.

Entertainment Value: 8.5/10- Admittedly, the series pacing does slow down a bit during a few episodes; however, Terror in Resonance provided me with the intellectual thrills that I have been craving since Death Note.

Overall: 8.4/10- While not quite reaching the heights that it could have, Terror in Resonance is a genuinely thrilling ride with stellar production values, which results in Shinichirō Watanabe's best work since Cowboy Bebop.

Closing comments: Terror in Resonance is among the summer's best series and a must-watch for anyone interested in crime thrillers and Shinichirō Watanabe's work.

For another opinion, check out a review by my favorite critic GRArkada, aka Tristan Gallant.

Posted by James the Reviewer at 7:11 AM