Godzilla, a film with such an awesome trailer that everyone expected it to be one of the best films of the year.
After nuclear plant meltdown in 1999, American scientist, Joe Brody, believes the true cause of the meltdown is just a cover for something far more dangerous. Since most readers know the basic premise of Godzilla, and because discussing the plot any further would delve into spoiler territory, I will leave the plot summary at that. 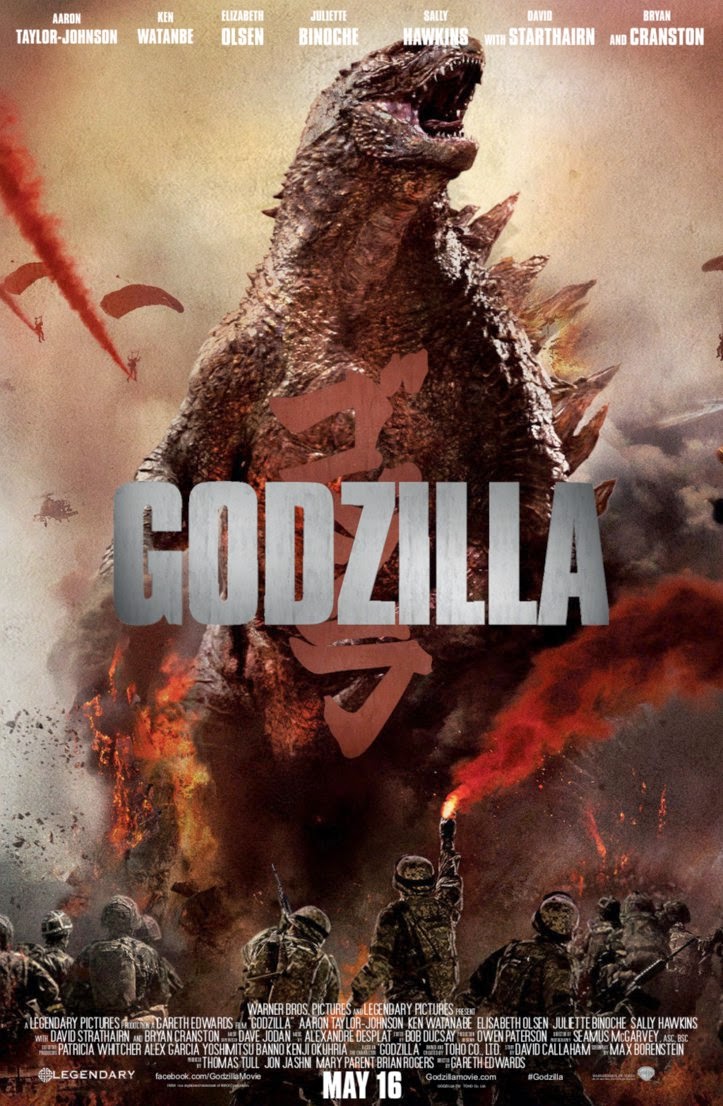 One aspect of Godzilla that is both a positive and negative is that, despite many expectations, the movie does not try to reach very height in terms of saying something meaningful or trying to create profound characters. Why is this a positive you might ask? Because, since the movie does not try to think it is something other than a disaster monster flick, it does not necessarily fail. Man of Steel is an example of a film that thought of itself as smart and profound; while it was actually a simple and self-important movie (it was not bad, just dull). Even though a lot of people expected Godzilla something of truly higher quality, the movie does not even try, and thus, it succeeds at what it wants to accomplish.
Directed by: Gareth Edwards
Genre: Action, Disaster, Kaiju, Monster, Sci-Fi,
Release Date: May 16, 2014
Running Time: 123 minutes
MMPA rating: PG-13

The Bad: Forgettable characters, Gaps in logic, Too much teasing, Overuse of dark lighting,

Plot: 6.1/10- The best way to describe Godzilla's plot is adequate. Almost everything about the film is straightforward and simple without any complex themes. Of course, being a monster flick, one does not expect that from the film, so it worked to deliver the destruction and spectacular visuals. What did work in the film is that it takes a different direction than expected, although I avoided all but the early trailers to the film, so maybe it did not surprise others. Unfortunately, like other recent films from Legendary Pictures, Godzilla is a great looking film with many gaps in logic when you think about it.

Characterization: 5.2/10- Godzilla's characters are neither good nor bad, they are just there. Not for a second did I care about the characters, or even remember their names. 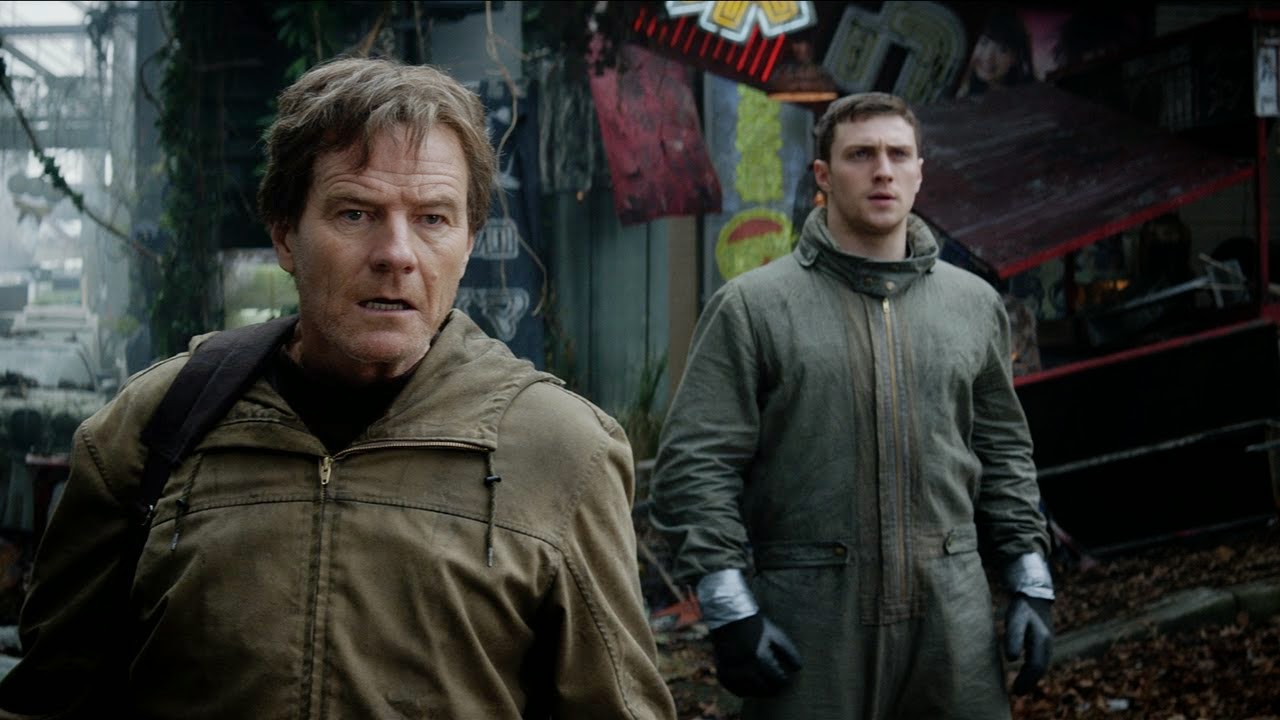 However, the characters served their purpose in the story adequately. Despite this, Godzilla himself has more personality than any of the characters in the film. With only 12 minutes of screen time, somehow Godzilla actually has a personality, which is odd considering that he is a giant lizard, but it definitely works. Everything about Godzilla is the highlight of the film.

Action: 7.2/10- When the giant monster throwdown happens, it is freaking epic! Seeing Godzilla throwdown is so absurdly fun and exciting to watch, and it almost makes you feel like a little kid again. Godzilla's fighting style really works and seems believable for such a massive creature. *Possible Spoilers* Unfortunately , director, Gareth Edwards, decides to tease the audience until the final act. Other films like Jaws and the original Godzilla tease the audience to build suspense, yet Edwards seems like he is just screwing with the audience, instead of building suspense. Even before watching the movie, I knew it was going to happen, but it did not make it any less annoying, especially to those watching it with me, who did not know about the massive tease. *End Spoilers*

Acting: 7.0/10- Bryan Cranston is above average in his role, although with someone with such prestige as an actor, one would expect both a better performance and more screen time. 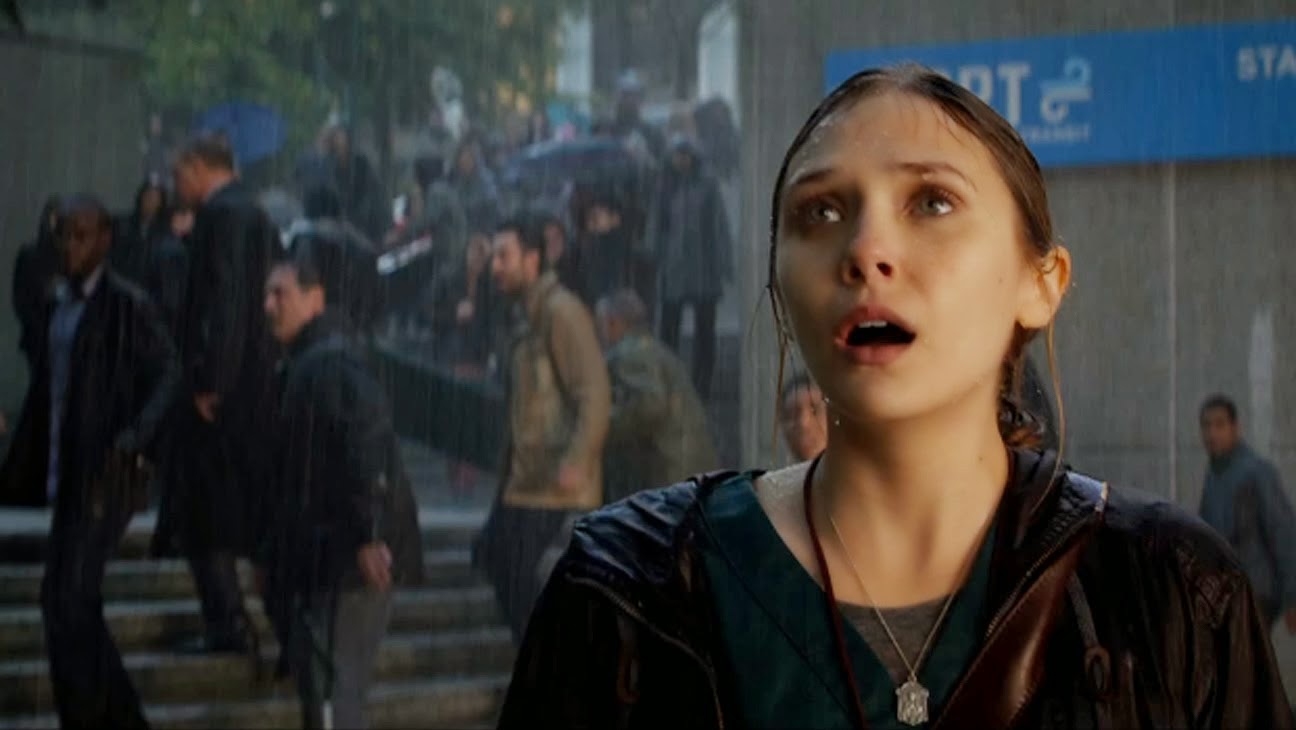 Aaron Taylor-Johnson is fine in the role of Ford Brody and, and the same goes for Elizabeth Olsen, who plays the Ford’s wife. Oddly enough, Olsen and Johnson will be playing twins Quicksilver and Scarlet Witch in the Age of Ultron film, so that will totally not be awkward.... Ken Watanabe gives a solid performance as the lone Japanese actor in the main cast. On a side note, the film has quite a bit of Japanese without subtitles, and unless you know at least a bit of Japanese like myself, some scenes can be potentially confusing.

Special effects: 9.0/10- Godzilla's special effects are an obvious highlight of the film. Godzilla looks amazing and moves with a real sense of weight. The other creatures are not rendered nearly as well, which is a shame since they receive far more screen time, although the CGI is still well above average. Aside from pulling the audience's chain one too many times, Gareth Edwards' directing and cinematography is top notch throughout the film. However, there is one notable flaw, the overuse of dark lighting to obscure fight scenes and other elements. 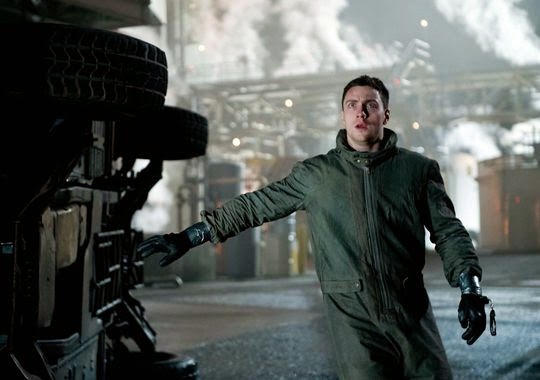 Soundtrack: 7.5/10- Alexandre Desplat's score works in the film, even if it is not the most memorable.

Entertainment Value: 7.6/10- Godzilla is a generally fun movie to watch, and while others had problems with the pacing, it did not seem to drag that much. Towards the end however, there are some truly amazing scenes of monster action.

Overall: 7.2/10- Despite the forgettable characters and gaps in logic, Godzilla is a simple yet fun monster disaster flick that is sure to entertain.

Posted by James the Reviewer at 7:17 AM