With David Fincher's critically acclaimed Gone Girl in theaters, let's take a look back at Fincher's most popular film to date, Fight Club. 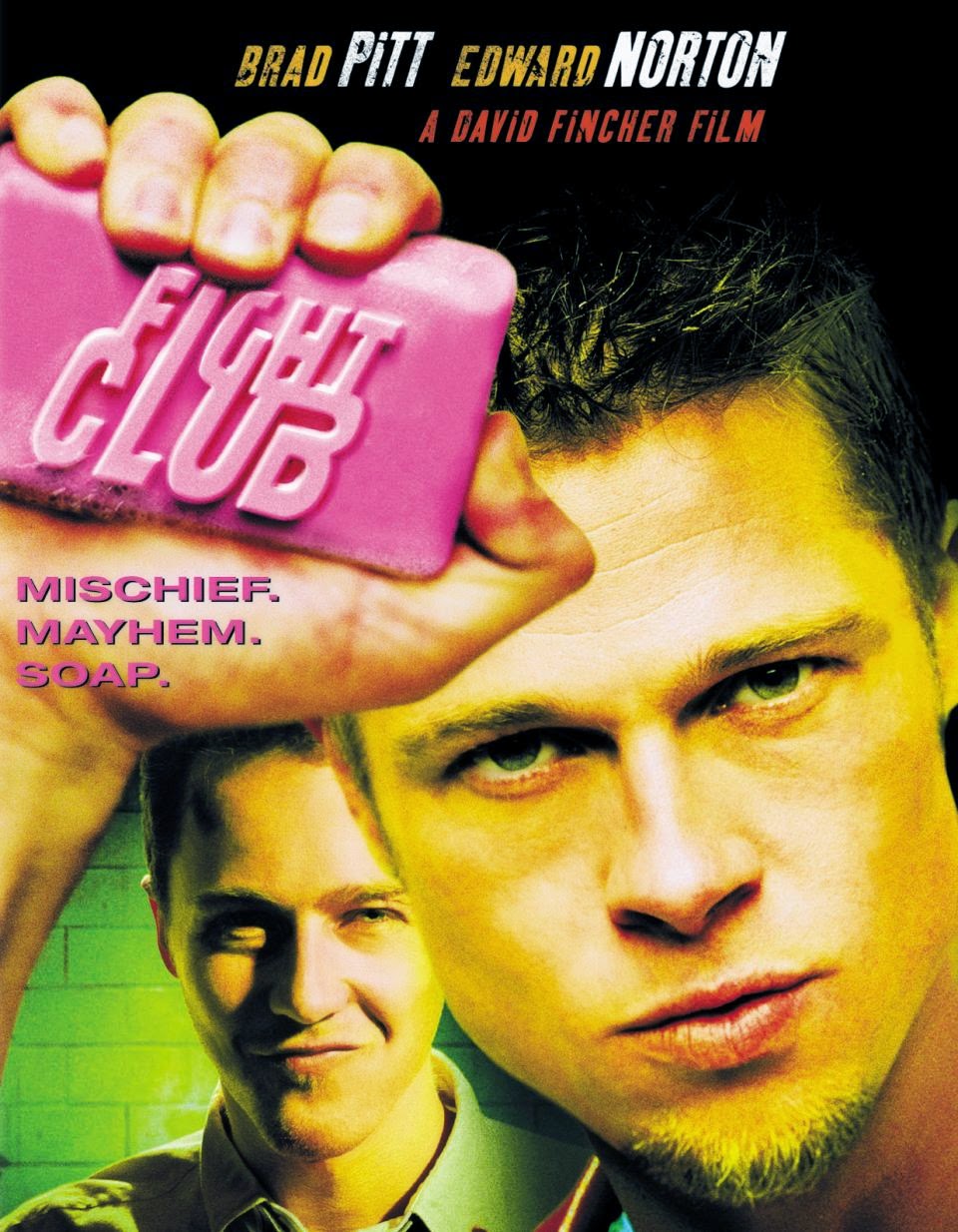 Plot: 9.9/10- Fight Club's plot is skillfully crafted, for the most part anyway. The movie does have some very slight pacing issues, but I was never bored while watching it, and in terms of how well everything makes sense by the end of the movie, it most certainly succeeds. The movie also covers some intriguing themes, although they did not necessarily resonate with me as they might with others. *Possible Spoiler* The subtle hints as to what is going on throughout the film is probably my favorite aspect of the film, since I enjoy mysteries that require the audience to think. *End Spoilers*

Characterization: 8.5/10- Ed Norton's character goes through some intriguing character development throughout the film. However, the standout part of the movie is definitely Tyler Durden. He is a cool and utterly insane character that will not be easily forgotten. Marla Singer, the only female member of the cast, and she is not necessarily underdeveloped per-se, but rather she serves more as a plot device than anything.

Action: 8.2/10- Fight Club is not a pure action movie by the general standard. However, with a name like Fight Club, there are plenty of brutal and realistic fight scenes. The movie certainly does not hold back on the violence either.

Acting: 9.4/10- Edward Norton and Brad Pitt receive the vast majority of the screen time, and they both kill it in their respective roles.

They give a surprising amount of believability to some of the less believable aspects. Helena Bonham Carter's performance is fine in the film, although not particularly noteworthy. Meat Loaf plays a surprisingly large role (in more ways than one), and to my surprise, his performance is very good.

Special effects: N/A- While not exactly special effects, the editing in the movie is superb and unique. I have not seen very many movies like it. Also, Fincher's direction is mostly stellar, even if the realistically dank sets do become a tad dull.

Soundtrack: 8.3/10- The Dust Brothers' score that consists of electronic and other synthesized music works for the unique direction Fight Club takes.

Humor: 8.0/10- Even though the movie rarely had me laugh out loud, its darker sense of humor was very amusing.

Entertainment Value: 9.2/10- Despite being a tad overly long at one or two points, Fight Club never ceased to hold my attention and fully entertained me throughout.

Overall: 9.6/10- Fight Club is an entirely unique experience with cool characters and one central aspect that appeals to me more than anything else in the film, but describing said aspect would spoil everything. Regardless, Fight Club is more than deserving of its status as a cult classic. Warning however, because it is not the type of movie that I would recommend for everyone, due to the subject matter; you will never look at soap the same way again after watching the movie.

Closing comments: As much as I wanted to go into more detail with my review, just like the Usual Suspects and Memento, Fight Club is the type of movie that you need to experience for yourself with as little knowledge as possible for maximum impact.

Posted by James the Reviewer at 7:09 AM