Frozen, the movie that almost everyone loves and the highest grossing film of 2013. 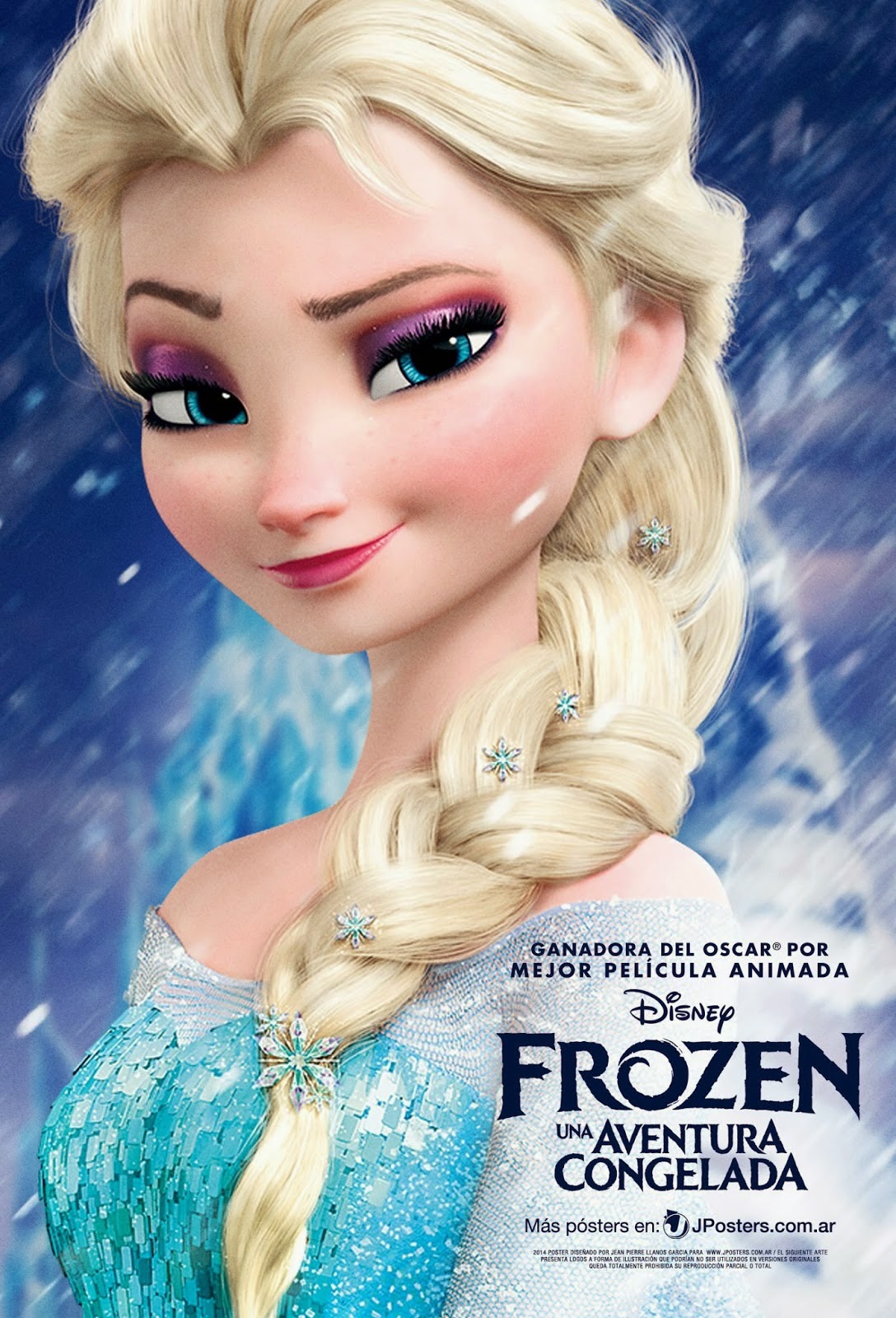 Frozen follows Anna and her sister Elsa, the next queen of Arendelle, who has magical ice powers. After an incident, Anna tries to track down her sister Elsa to save the land from an eternal winter, and meets various fun characters along the way. Frozen is the type of movie that has some truly excellent elements, yet is ultimately hampered by some weak writing and under developed characters. Due to Frozen’s popularity and critical praise, I am conflicted on how deeply I should look into the film, since it is a kid's film.
Directed by: Chris Buck, Jennifer Lee,
Genre: Fantasy, Animation, Musical,
Release Date: November 27, 2013
Running Time: 102 minutes
MMPA rating: PG

Plot: 6.3/10- Frozen's plot has numerous valid problems if you think about it too much. While some of them I did not even think about a lot of points until someone mentioned it, I almost want gave the movie some significant slack considering that it is a children's film and a musical.

The plot is simple enough, with little explanation of the fantasy elements, although that is typical of the genre. The musical aspect of the film tends to hinder the film from telling a story as effectively as it could have been. For the example, the movie has about 20 minutes of songs before the plot takes effect, and that time could have been used to develop the characters, thus taking Frozen from a solid family film, to a really great movie. Also, there is a scene with Trolls that is 99% superfluous, and should have been cut from the film. If about half the songs were cut out, the movie could have improved the plot, granted, I usually cannot stand musicals. Despite these problems, my favorite aspect of the movie is how it unexpectedly subverts typical clichés towards the end, and the plot twists are hinted at slightly, but not enough to make it obvious what is going to happen. Also, the second half of the movie, which does not feature as many songs, is the best part of the movie.

Characterization: 7.2/10- Frozen has some surprisingly fun and likable characters. However, most of the characters really need more development, but again, for a Disney kids’ film, they are fleshed out just barely enough to make them enjoyable to watch.

Elsa is a character that has potential for being a truly great character, if only she had more screen time. Despite the lack of screen time, she is the best part of the movie thanks to her visually stunning scenes and anti-hero type character (but seriously, she is in the movie less than 20 minutes!). Anna, who receives the most screen time, is quirky and cute in a likable way, although her naïveté is a bit much. Having not seen Tangled, I cannot comment on whether or not she is a copy of Rapunzel. Kristoff's character ranges from occasionally cool to a little annoying. Surprisingly, the comic-relief character, Olaf, is the best part of the movie. He is funny, likable, and an all around good character.

Action: 6.5/10- Of course Frozen is not an action film by any means, however, it does have a few entertaining chase sequences bolstered by the brilliant animation.

Acting: 8.5/10- Unlike a lot of other eastern animated films, the voice acting in Frozen is actually taken seriously, at least with the principle cast. Despite her limited screen time, Idina Menzel is the standout best in the film as Elsa. Kristen Bell sells the quirkiness of Anna surprisingly well, even if the script has her do some dumb things. Josh Gad is another standout as Olaf. The rest of the cast, with the exception of the Trolls, are solid, and I want to give a special shoutout to Firefly vet Alan Tudyk as the Duke of Weselton.
Art Style: 9.7/10- Even though 2D animation will always rival 3D in my mind, Disney Animation is the best in the business in the 3D department. Frozen looks positively beautiful with some of the most stunning animation to date, particularly the animation for the ice and snow. Seriously, Elsa's powers are awesome. The character designs, for the female characters in particular, are rather appealing, even if three of the characters look very similar.

Soundtrack: 7.0/10- First off, I cannot stand musicals. Dr. Horrible's Sing-Along Blog is the only one that I have ever truly enjoyed.

That being said, Frozen did have a couple of songs that did not detract from the film. The Oscar winning "Let it Go" is fun and catchy enough, and believe it or not, I have managed to avoid listening to it before seeing the film. But as discussed earlier, the movie is hindered by the amount of songs, some of which are not that great or add nothing for the story. However, take my opinion with a grain of salt since I dislike musicals in general.
Humor: 8.0/10- For a family animated film, Frozen's humor is shockingly not a hindrance. Olaf is actually hilarious most of the time, while the other character’s humor is hit or miss. In fact, I laugh out loud a few times while watching the movie.

Entertainment Value: 7.2/10- Considering that I am not the demographic for the film, especially with my dislike of musicals, Frozen managed to entertain me a lot more than I ever expected, but that is largely due to the animation and Olaf.

Overall: 7.2/10- Frozen is the type of film that has some excellent elements, but is undermined by missed opportunities and occasionally dumb writing. Despite its flaws, Frozen is still a solid movie and the fact that a kid’s film is even making me put so much thought into its flaws is probably worth something, plus that animation is just gorgeous!

Closing comments: If you absolutely love Frozen, that is perfectly fine. It is not intended for my demographic, so I can understand why some people love it.

Please check back tomorrow for my review of The Wind Rises.

Click here to check out more of my movie reviews.﻿

Posted by James the Reviewer at 7:24 AM