When a law passed in Ukraine that ordered all symbols and insignia of communist party rule in the country be removed, Ukrainians remodeled the statue of communist leader, Lenin, into Darth Vader. A government sanctioned remodeling of a statue into Darth Vader is actually kind of awesome. Why completely destroy a statue if you can change it into Darth Vader? Above is the video of its unveiling and below are pictures of Before and After. I apologize for the series of short posts lately. Until I see The Force Awakens, which is proving to be a nearly impossible task due to life and bad weather, trying to avoid spoilers means not going on my usual websites. However, as soon as I see it, expect plenty of exciting new posts! 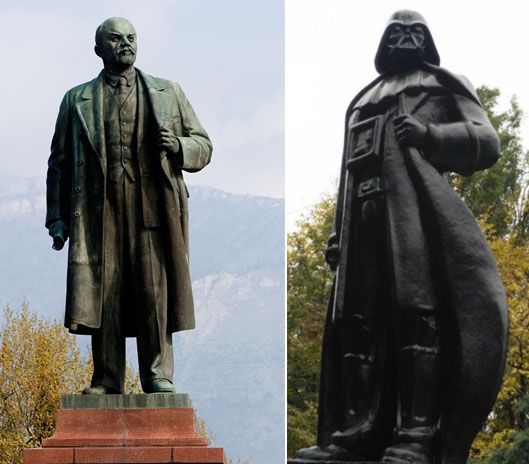 Posted by James the Reviewer at 8:25 AM