Mad Max: Fury Road, the movie everyone is talking. Whether people are raving about the action or evens its chances at an Oscar nomination, Mad Max: Fury Road is the movie of the summer that people won’t stop talking about. But does it live up to the insane hype? Let's find out! 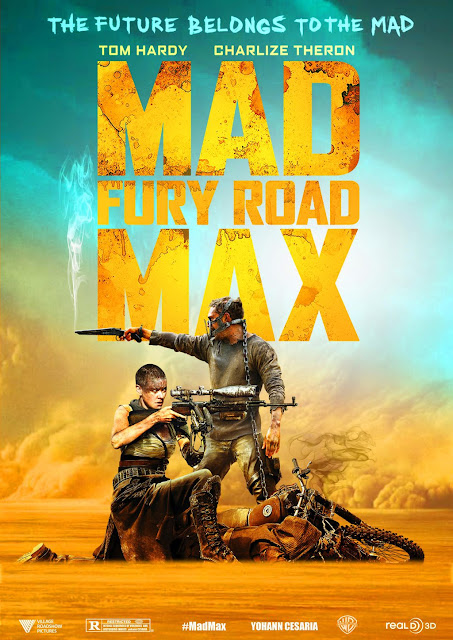 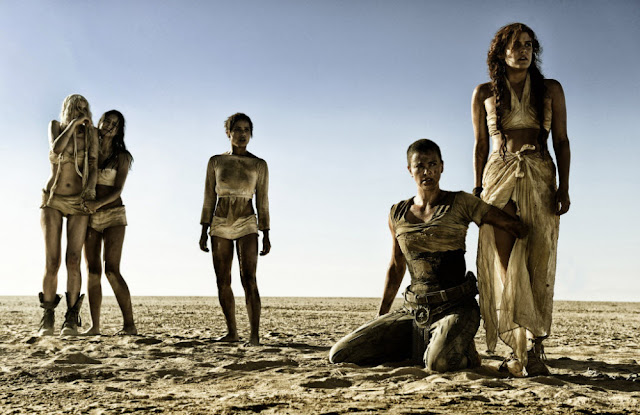 Plot: 8.2/10- Mad Max: Fury Road's plot is bare bones as it gets. Max and Imperator Furiosa must escort the fives wives (more like concubines) of the villain, Immortan Joe, to the "Green Place." That is the plot. A few twists and turns are thrown in, but if you are looking for a plot that does more than create a reason for the action sequences, then you are watching the wrong movie. The one of the weaker aspects is the world building or lack thereof because so many aspects of the world are left completely unexplained. The lack of explanation distracts from the intense action sequences in the early parts of the film.

Thankfully, the simplicity of the overall plot allows the pacing to be crazy fast as the movie throws the audience right into the action from the first second of the film, and never take its foot off the gas for more than 10 minutes from start to finish. Lastly, it makes up for the lack of plot with just the right amount of heart to keep the audience invested.

Characterization: 8.4/10- Fury Road's cast is the epitome of the "Rule of Cool." Sure, the characters receive a touch of development, but the best part is seeing the bad*ssary of Max and Furiosa. While Furiosa is a very cool and generally interesting character, she never grabbed me as being as amazing as some were raving. She is a great character, but her story was not quite as involving as it should have been. Max is interesting from the start, despite the lack of dialogue thanks to a certain piece of backstory that skillfully inserted into the film. Nux, one of the “war boys,” receives the most development as he gives the audience a look into the mind of the enemy. Lastly, the villain, Immortan Joe is one insane dude with an imposing voice. Otherwise, he serves to create the conflict of the film like any classic 80s style villain should. 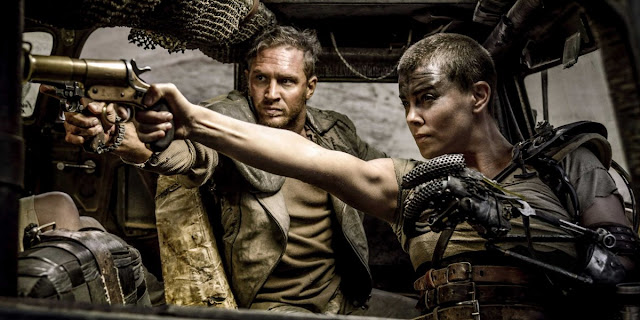 Direction: 10/10- Now this is where things get interesting! George Miller, creator of the original Mad Max films, makes Fury Road one of the most technically impressive action films in recent memory. The reliance on physical stunts and filming many sequences on the road adds a whole new level of intensity not seen in many of the CGI heavy films of today. Sure, CGI is used, and the use of it is rather obvious. However, the skill used in many of the action sequences is absolutely insane! Fury Road sets a new standard for vehicle chase sequences in film, as the explosions and general mayhem are on a whole new level. My only complaint is that there is a bizarre shutter effect that makes everything appear to move faster than it should. At times, the effect works but the first 15 minutes of the film feels more aimless and frantic than intense and involving. Otherwise, the direction is some of the best outside of Asian cinema.

Acting: 8.8/10- Fury Road's strong performances elevate the characters from forgettable action fodder to surprisingly memorable protagonists. Tom Hardy, despite lacking an Australian accent, has a bizarre, yet captivating demeanor, and his unique voice sounds draws you in on the rare occasion that he talks. Charlize Theron executes all her lines skillfully without any notable flaws, and Nicholas Hoult captures the insanity of his character well.

Special effects: 8.5/10- Excluding the incredible stunt work, the CGI elements of the film are blatantly noticeable. Even some of the close ups feature obvious green-screen. Other than that, the CGI is fine.

Soundtrack: 9.5/10- Junkie XL delivers of the best and most exciting soundtracks of the year. The use of various instruments creates a unique sound that perfectly accents the insanity of the action sequences. This is the type of soundtrack that I will be listening for a while! 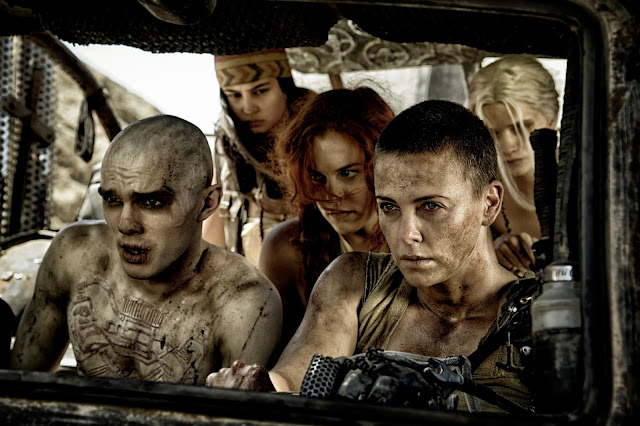 Entertainment Value: 9.5/10- Now here is the tough part. Mad Max: Fury Road is a weird movie. Guitars that shoot fire, deformed mutant people, and insane "war boys" that spray chrome paint into their mouths before suicide bombing enemies is merely a taste of the insanity that awaits viewers. As expected, this is not for everyone. My brother, for example, disliked many of the weirder aspects, especially since the parts that lacked proper explanation. For me, however, the bizarre parts did feel a bit out of place at times, but as a whole, Fury Road is one rip-roaring ride that I would watch again.

Overall: 9.0/10- Mad Max: Fury Road is an intense ride of insanity that will thrill you from beginning to end. It does not bother with complex plots or deep characters, but rather decides to revels in its bizarre world and explosions fueled madness. So, if you are an action movie junkie that wants to see some of the coolest action set-pieces of the year, then do yourself a favor and watch Mad Max: Fury Road; if not, watch it anyway since people will not stop talking about this one.

Closing comments: On one hand, I can understand the hype because the action is amazing! On the other hand, the plot and characters are just not on the same level as other action masterpieces like Indiana Jones or The Matrix. But hey, if the main flaw of your movie is not being quite as good as some of the best movies ever made, you have done one heck of a fine job, so obviously, Mad Max: Fury Road is not to be missed.

Posted by James the Reviewer at 8:11 AM