Mad Max: Fury Road, one of the summer's biggest and most critically acclaimed films, and while you may not have noticed during the explosions, Junkie XL's score is one of its many highlight! Today's "Movie Music and More" features Mad Max: Fury Road's score because on Thursday, I will be reviewing the film, so until then, check out the intense soundtrack below.

My only real complaint about the score is it can be considered repetitive with its almost tribal rhythm of drums, except with a modern electric guitar twist. Due to the insane nature of the film, the music perfectly tone of the film. And while the film on its own is insanely intense, with the addition of the pulse-pounding score, the film feels even crazier! Below are three of the tracks, which are connected to the full playlist if you wish to listen to it. Also, please do not forget to check back Thursday for review of the film. If you reviewed the film, please let me know in the comments! 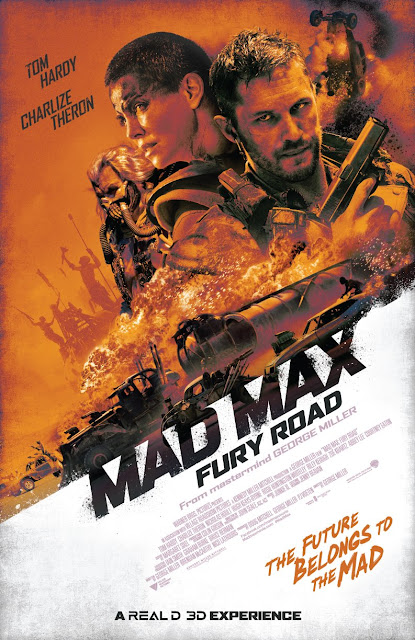 Posted by James the Reviewer at 7:48 AM