Hercules, a fun twist on a classic tale.

Plot Summary: Hercules starring Dwayne "The Rock" Johnson is a realistic take on the lore surrounding the legendary Hercules. Hercules and his band of mercenaries are hired by the Thracians to fight a war against the warlord Rhesus but things are not as they seem. 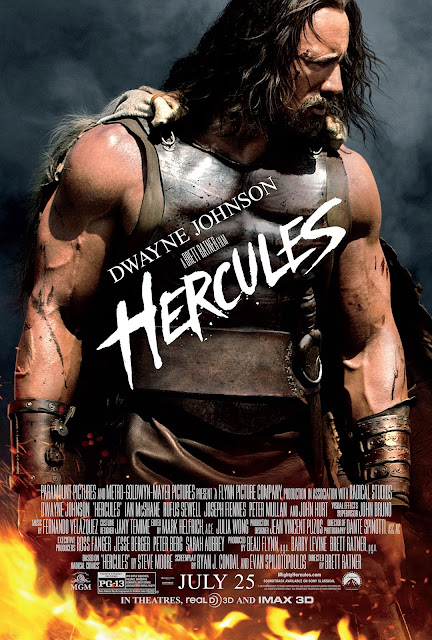 The Good: Dwayne "The Rock" Johnson is innately likable, Fun and entertaining action, Fascinating twist on a classic story, Throwback to classic adventures flicks, Great use of humor,

The Bad: Predictable, Clichés (especially towards the end), Clichéd villain,

Plot: 6.1/10- Hercules' plot is a simple adventure story of fighting the bad guys. However, its simplicity is its charm. It is like a throwback to the adventure flicks of old like the Adventures of Robin Hood. The final Act is terribly clichéd, and it is predictable, but that does not prevent the film from being fun, which is what matters most with a movie like this. 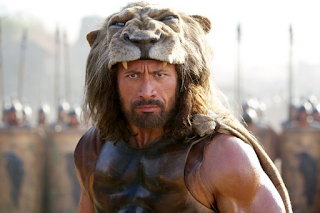 My favorite aspect of the film is the twist on the classic Hercules story. *First 5 minutes spoiler* After a sequence recounting the Twelve Labors of Hercules, the film reveals that Hercules is no demi-god, but rather just a man with a legend. He uses this legend of being the son of Zeus to strike fear in the hearts of his enemies, and the use of psychological warfare early in the film is a very intriguing idea. *End Spoiler* Unfortunately, the final Act falls into the typical clichés, but the early part of the film is inventive.
Characterization: 6.0/10- Hercules and his band of mercenaries are a likable group of misfits. They are barely developed as characters, but they work within the old school story. However, Hercules does have some depth to his character. The villain, on the other hand, is about as clichéd as they come.

Action/Direction: 6.5/10- Hercules' battle sequences are entertaining to watch. There is nothing inventive about the action, but it does not rely on CGI. Brett Ratner's direction, unfortunately, holds the film back from being something more. Visually, it has a typical Hollywood shine, which is not bad, but the film fails to make the setting believable as it could be. 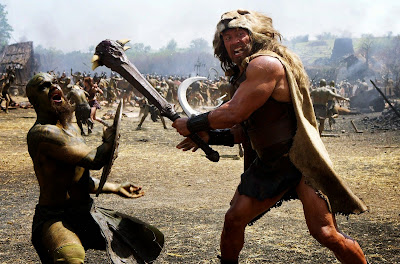 Acting: 6.0/10- Dwayne Johnson is undeniably likable in the role of Hercules. He plays up the comedic side well, and his innate charm makes him perfect for the A-typical heroic type. The rest of the cast are all okay, but not memorable.

Special effects: 5.9/10- The CGI was a little lacking in the beginning. However, the majority of the effects are practical, which is always a plus.

Soundtrack: 7.2/10- Fernando Velázquez's score compliments the film well, and you can learn more about the score in tomorrow's Movie Music and More by Hamlette.

Humor: 7.9/10- Thankfully, Hercules does not take itself too seriously, and the humor reflects its sentiment. 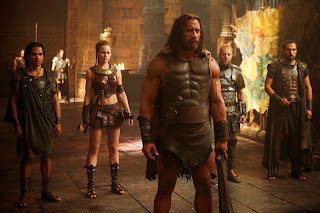 There are plenty of corny one-liners and genuinely good comedy throughout. However, the obligatory f-word is comically out-of-place and unnecessary. It almost felt like the movie said, "Okay, stop everything, time to drop the f-word." It was completely out of place in the period setting.

Entertainment Value: 7.4/10- Hercules is a fun movie; no question. It is a true popcorn flick that you can just sit back and enjoy without much effort, and sometimes, you need that kind of old school entertainment.

Overall: 6.3/10- A fun throwback to the adventures flicks of old, Hercules is a lighthearted new take on a classic legend. It might not be groundbreaking, but it is certainly an entertaining one-time watch.

Closing comments: Dwayne Johnson should make more of these old school action flicks. He has the perfect heroic personality for them.

Posted by James the Reviewer at 6:10 AM