As stated in my review of Hercules yesterday (review here), Hamlette will be highlighting some of the best parts of the Hercules soundtrack. 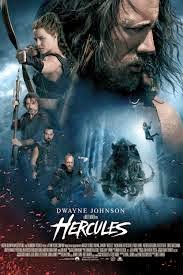 I almost didn't go see Hercules (2014) in the theater last summer.  I do enjoy Dwayne Johnson's movies, but I don't know a lot about the Greek gods and goddesses, and the trailers for this didn't really grab me.  But I'm glad I did, because it turned out to be a truly fun movie, not serious, but not too cheesy either.  In fact, I went to see it twice, and ended up buying the DVD too!

The music fits it incredibly well, with lots of gutsy action stuff, bold and epic.  Hands-down, my favorite track is "Arrival at Lord Cotys' City."  It's full of swagger and bravado, and makes me want to hop in a chariot and do a victory lap around the city.

But I also really like "The Lion's Tooth" because it's a complete change of pace from most of the other tracks.  It's soft and tender, a quiet moment in the middle of all the mayhem.  I like soundtracks that don't sound all the same all the time -- variety is important!  Even a big, brawny action movie needs some quiet time, and I like the soundtrack to reflect that too.

That's all for today, friends!  I hope you're enjoying this series of guest posts as much as I am. 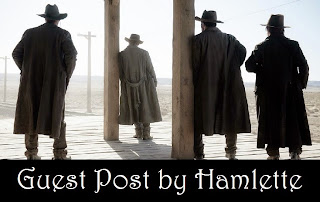