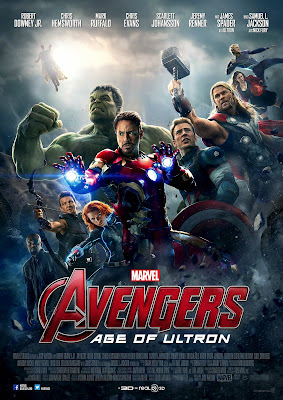 Avengers: Age of Ultron, the most anticipated movie of the summer; does it disappoint?

Opening with The Avengers attacking a HYDRA base, Age of Ultron is about the creation of a new foe, Ultron, and if you want to know what happens next, go see the film.

As you all know, I tried to avoid spoilers and reviews of the film in the general. While I did hear some whispers that Age of Ultron was not quite on par with the other films, I did not know what to expect, and thankfully, the film does not disappoint!

Plot: 9.6/10- Avengers: Age of Ultron is a perfectly paced film. Each scene flows into the next without lingering too long on any one point. The slower scenes serve to flesh out the characters, while the faster pace ones provide the needed excitement. Tonally and thematically, Age of Ultron manages to balance the darker elements with Whedon's classic wit, and the results are superbly entertaining. 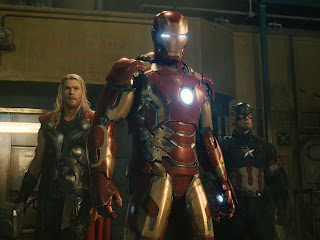 Age of Ultron's narrative is the only notable flaw. Ultron's creation is a tad rushed, yet not in a way that is noticeable until after watching. Thor's side plot feels a bit odd, and while it ties into the main plot, it does not quite fit. *Potential Spoiler* The events in the film do not seem to change the status quo enough, or at least we do not see it yet. *End Spoiler* Lastly, the film might seem slightly too similar to the first film, but that’s debatable. With all that said, these flaws are ultimately minor compared to how much the plot does right.

Characterization: 10/10- Age of Ultron introduces us to a few new characters, as well as fleshing out characters from the previous film. With such a large cast, balancing the personalities is difficult, and even though one character is not particularly prominent, everyone gets their time in the spotlight.

As expected from a Whedon film, the character interaction and chemistry are some of the best parts. He understands these characters better than just about anyone, and it shows in his writing. Whedon take on each character is almost the best version of said character, except for maybe Cap, although Whedon gave the Russo Brothers an excellent starting point for the Winter Soldier.

Character motivations are crucial, and every single character has a reason for their actions, and it is easy to see without the viewer having to question their actions. I know that some people had a problem with a shift in motivation of a particularly, but if look at what said characters are fighting in the first place, it makes sense. Motivations also play a role in the well setup conflict and the in-fighting within the team.

However, the best aspect is the darker drama and inner conflict of each main character. You understand their fears, their regrets, and what drives them. In such a short amount of time, you get a deeper understanding of each character's dark side, and it adds more effective thematic depth, which many viewers are not necessarily going to see without further exploration.

Honestly, even though one or two of the characters could have been slightly better realized, I almost want to give the "Characterization" rating higher than a 10/10. The characters are that are executed right are done so well that they are better just about any other movie in recent memory, even better than the first Avengers.

Since my original breakdown of each character was in excess of 1000 words on its own, those thoughts will be saved for a later post with a spoiler discussion. However, I will say that Cap and Iron Man are exactly as you would hope they would be, Hawkeye is further humanized and receives his day in the sun, and The Vision steals the show, but I will leave you with my thoughts on Ultron. 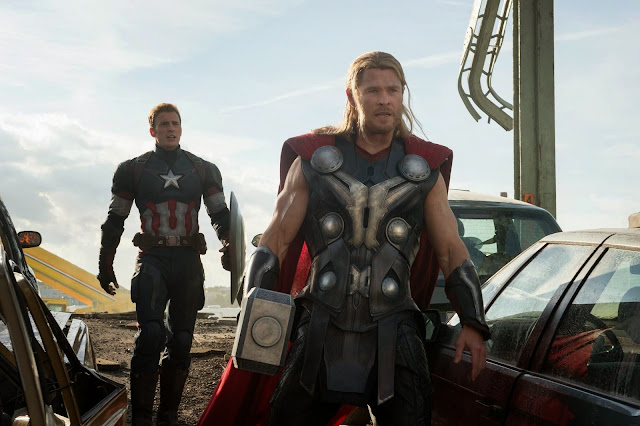 Ultron is a dynamic villain. He combines a menacing present with a surprisingly hilarious sense of humor that never undermines his villainy. His motivations, while simple, make sense from the logical standpoint of an AI and personality. Compared to other MCU villains, he would at least rank as the third best. 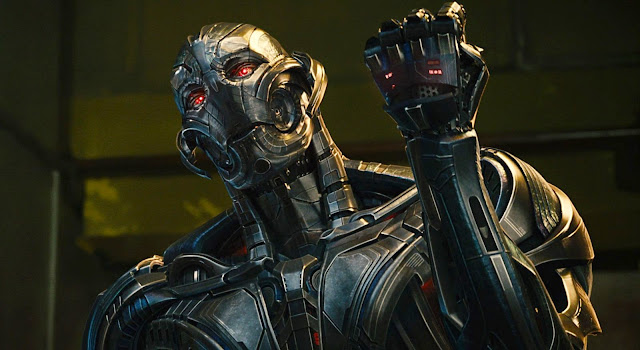 Action/Direction: 10/10- Joss Whedon has fully mastered the art of blockbuster filmmaking with his flawlessly executed direction of every single aspect of the film. Each camera angle is framed perfectly to capture the action. He even manages to give the film a darker visual tone without removing his trademark wit and humor.

As for the action, it is among the best that you will ever see. The opening action sequence is amazing, aside from a few CGI hiccups, and the various other sequences are simply stunning. You always know what exactly what is going on, and there are even some interesting close-up shots that give you a different perspective on the action. Thankfully, the action is never repetitive or dull thanks to the perfectly edited scenes of dialogue, plot, and saving civilians. 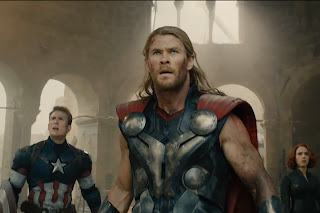 If you are a fan, you are going to be freaking out like me when you see some of the jaw-dropping moments in the film. However, my only slight issue is that certain elements of the action are a bit too similar to what we have seen in the first Avengers, so I hope the next film will be able to mix things up.
Acting: 10/10- Everyone from the other films are at the top of their game complete with unrivaled chemistry. Compared to the first film, it certain seems that all of the major stars are on set at the same time, which adds more to the effectiveness of their performances.

Elizabeth Olsen and Aaron Taylor-Johnson's foreign accents are a pleasant surprise, and Paul Bettany knocks it out of the park in his limited role. All of the supporting actors do an excellent job with a few surprising appearances.

James Spader plays Raymond Reddington, oh, I mean Ultron in the film, and, as expected, he is a pleasure to watch. At first, I thought that he might be a little too similar to his role in the The Blacklist TV series. However, after coming home from the theater, I watch the latest episode of The Blacklist, and while Spader's distinct voice is present, there is a definitive difference between the roles.

Special effects: 9.9/10- Except for a few mistakes in the opening sequence, which I assume looked better in 3D, and one scene with the Hulk, Age of Ultron's special effects are virtually flawless. The motion captured used for Ultron face truly brings out Spader's innate charm and personality.

Soundtrack: 9.9/10- Alan Silvestri's score for the original film is one of the most underrated, and thankfully Brian Tyler and Danny Elfman bring back the best elements of all the previous scores, as well as the original theme. In addition, the music reflexes each of the varied locations used, which add a nuanced cultural flare.

Humor: 9.8/10- Whedon does it yet again with a witty script that delivers plenty of unforgettable lines. Despite the darker tone, he manages to hit every single comedic note without a hitch.

Entertainment Value: 10/10- How could an Avengers film not be the most entertaining thing that you will ever see!? From beginning to end, the film's constant stream of humor, thoughtful drama, and insane action sequences will have your eyes glued to the screen!

Overall: 10/10- Aside from a few inconsequential narrative flaws, Avengers: Age of Ultron's strong focus on the deeper characterization, subtle themes, and absurd amounts of geeky comic book entertainment make it one of the most enjoyable experiences that I have since the first Avengers.

Closing comments: I am struggling with my rating of the film. Compared to my previous ratings, it should receive a 10/10, although a "lower" 10/10 than the original Avengers and much lower than something like The Empire Strikes Back. That's the one problem 10/10 rating system, because there is a different between the Top 10 all-time and 11 through 20. I have only given 14 films a 10/10, and Age of Ultron might not be perfect, but its strong grasp of the characters and the insane entertainment value drives it well above most other films.

Marvel, please release the original 3+ hour cut of the film! It would sell like crazy!

Posted by James the Reviewer at 6:11 AM