While filming on location, photos from Captain America: Civil War have been released, and they give us our first look at the new (or not so new) costumes for Cap and Falcon, as well as the our first look at Crossbones.

From first appearances, Cap's costumes is essentially the same one from Age of Ultron. Considering that it looked great in the movie, I do not mind that they are keeping it. However, my theory is that this is only for the opening scenes of the film before something happens, thus setting off the Civil War. 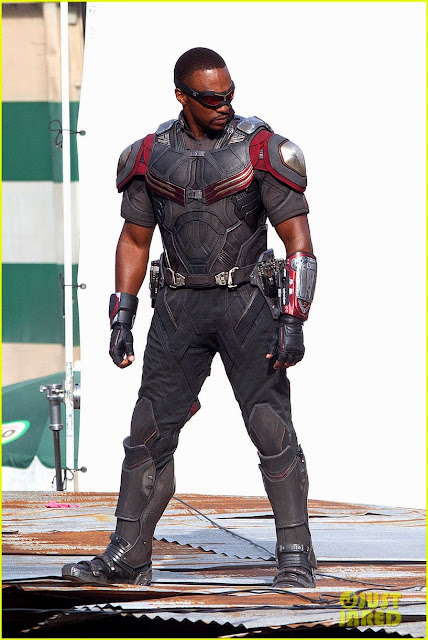 Falcon's costume appears to be the same one that was briefly revealed at the *Spoilers* end of Age of Ultron, so again, nothing new. *End Spoiler* 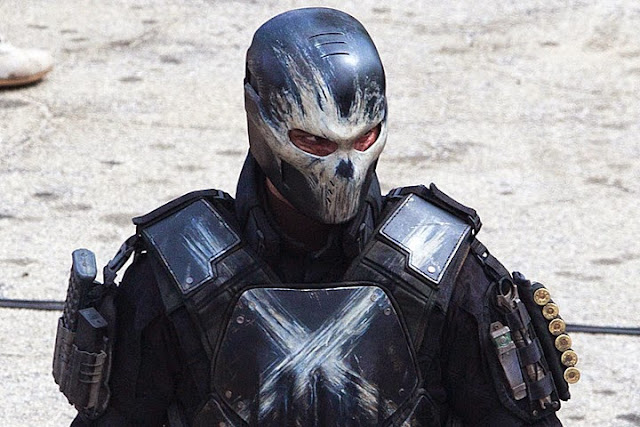 Crossbones actually looks really cool in this costume. For those that no do want to know the identity of Crossbones spoiled, do not continue reading and move to the comments, although I am sure it will not be important. Frank Grillo returns to play Brock Rumlow, aka Crossbones. After being burnt at the end of The Winter Soldier, Brock returns in his new costume. There is also video of the action sequence between Crossbones and Captain America.

What do you think? Please comment below and let me know. Also, I am sorry for the delay in comment replying. I am working on some posts, so hopefully I can get some quality content out next week.