Set photos from Suicide Squad confirm that Jared Leto's Joker is the same one from the promotional photo. After the initial negative reaction the official picture of The Joker, everyone was saying the insane tattoos were just apart of the anniversary of the Joker, and obviously, that is not the case. However, these set photos do give me a better impression in some respects and worse one in others.

For one, what exactly is director David Ayer and Leto trying to go for with this Joker? Based on the photos released, he does not look enough like the Joker for a casual moviegoer to recognize the character. Sure, Ledger's Joker was different than what had come before, but he still retained certain key aspects of the character that made him instantly recognizable. On the other hand, Leto's version barely retains any key features aside from the green hair, although I like the green hair.

Despite my issues with it, I am trying to stay optimistic that his costume will look better on screen, or that this is from a one-off costume for the character. Hopefully, Leto's performance will propel to at least the quality of Nicholson's Joker (in terms of quality, not similar in any way). 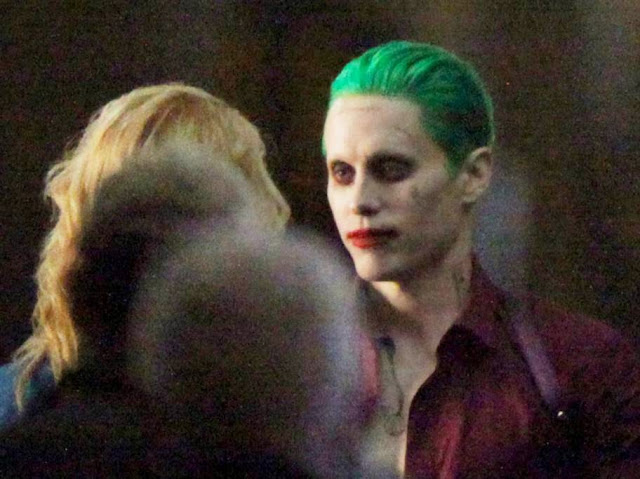 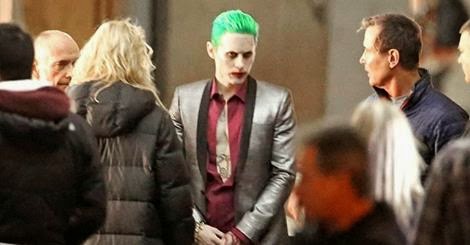 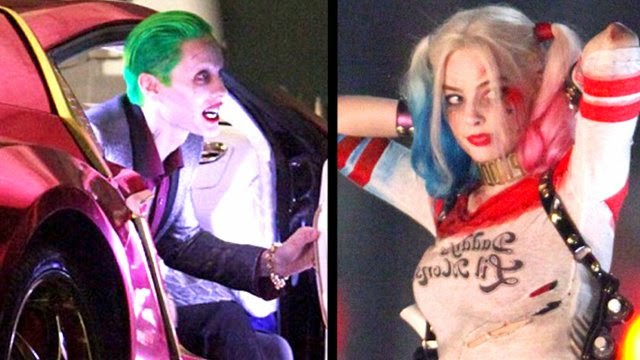 What do you think? Please comment below and let me know!

Posted by James the Reviewer at 7:35 AM