Stan Lee Cameo School, the only acting school that teaches the difficult art of cameo acting. Normally, I would not post a video without something to say about it, but I believe this video speaks for itself; it is a must-watch for Marvel movie fans!

For those wondering the, the actors featured in the videos are: Kevin Smith, Tara Reid, Michael Rooker, Jason Mewes and Lou Ferrigno.

Since Blogger decided to not show my Marvel Trivia post until late yesterday, so here are the questions again, and at the time of writing this, only two of the questions have been answered correctly.

What is the first Marvel (not just MCU) film to feature a Post-Credits scene?

What Marvel film did Stan Lee first cameo in?

What Marvel TV show did Stan first cameo in?

Who was the first actor to play Nick Fury in live-action?

Which actor did the Ultimate universe comics base the appearance of Nick Fury on? 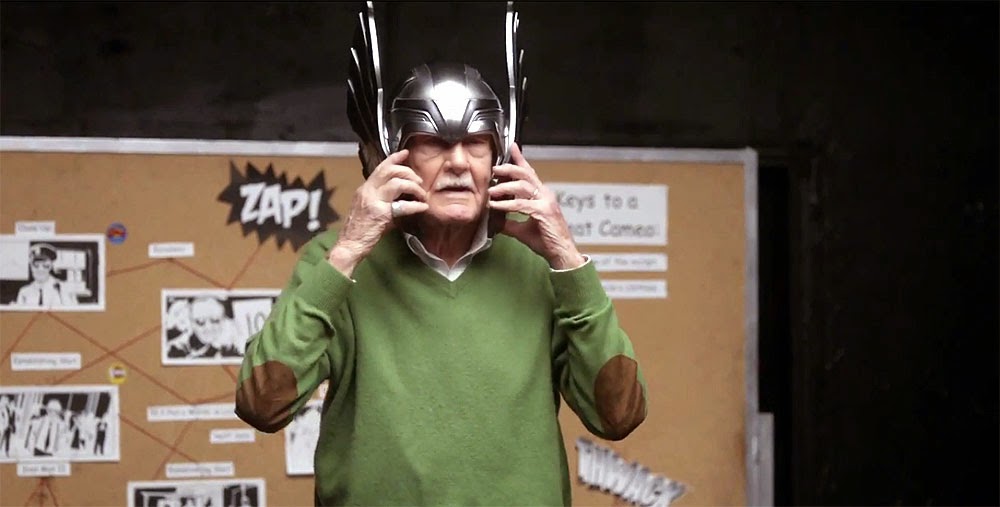 Posted by James the Reviewer at 6:25 AM

Email ThisBlogThis!Share to TwitterShare to FacebookShare to Pinterest
Labels: Marvel, The Avengers