The Avengers Guide Part 5: The Origins.

The Origins
Some of the following is from Wikipedia.com.
If you don't want to read the origins watch the videos below they are very good.
Captain America
The origin of Captain America in the movie is very similar to that of the comic books. And of all of the comic book movies Captain America's was the closest to the original comic book. That is one of the reasons is the best comic book movie ever. Unfortunately I have not been able to get a copy of the original comic book but I know a lot about the original comic book.
Captain America's Origin
Steve Rogers was born July 4, 1917, in the Lower East Side of Manhattan, New York City, to Irish immigrants Sarah and Joseph Rogers. Joseph Rogers died when Steve was only a child and his mother, Sarah, died of pneumonia while Steve was a teen. By early 1940, before America's entry into World War II, Rogers is a tall but scrawny fine arts student specializing in illustration. Disturbed by the rise of the Third Reich, Rogers attempts to enlist, only to be rejected due to being in poor shape. U.S. Army General Chester Phillips, looking for test subjects, offers Rogers the chance to serve his country by taking part in a top-secret defense project — Operation: Rebirth, which seeks to develop a means of creating physically superior soldiers. Rogers volunteers for the research and, after a rigorous selection process, is chosen as the first human test subject for the Super-Soldier serum developed by the scientist "Dr. Josef Reinstein", later retroactively changed to a code name for the scientist Abraham Erskine. That night, Operation: Rebirth is implemented and Rogers receives injections and oral doses of the Super-Soldier Serum. He is then exposed to a controlled burst of "Vita-Rays" that activate and stabilize the chemicals in his system. Although the process is arduous physically, it successfully alters his physiology almost instantly from its relatively frail form to the maximum of human efficiency, greatly enhancing his musculature, reflexes, agility, stamina and intelligence. Erskine declares Rogers to be the first of a new breed of man, a "nearly perfect human being." After the physical transformation, Nazi spy Heinz Kruger reveals himself and shoots Erskine. Because the scientist had committed crucial portions of the Super-Soldier formula to memory, duplicating it perfectly would be unlikely. The spy dies, killed either while running away to escape Rogers or because Rogers threw him into live machinery.
Iron Man
Thor
The original origin in the Thor movie is not that similar to that of the original comic book but I think it worked a lot better than the original comic book.
Thor's Origin
Thor's father Odin decided his son needed to be taught humility and consequently placed Thor (without memories of godhood) into the body and memories of an existing, partially disabled human medical student, Donald Blake. After becoming a doctor and on vacation in Norway, Blake witnessed the arrival of an alien scouting party. Blake fled into a cave after they heard him and began to pursue him. After discovering Thor's disguised hammer Mjolnir, and striking it against a rock, he transformed into the thunder god.
Defeating the aliens, Thor shared a double life with his alter ego: treating the ill in a private practice with nurse Jane Foster and defending humanity from evil. Thor's presence on Earth almost immediately attracted the attention of his stepbrother and arch-foe Loki; who returned repeatedly to Earth in a bid to destroy Thor.


Hulk
Hulk's origin was not covered in the recent movie.
Hulk's Origin
Robert Bruce Banner was a scientist working on the gamma bomb when he noticed a young boy out on the test range. He rushed out into the test site and heroically pushed the boy into the protective trench, saving him from the blast. As a result, Bruce was exposed to extreme amounts of gamma radiation that altered his DNA structure, causing him to become a giant green (sometimes grey) monster of incredible power whenever he became angry.
Hawkeye 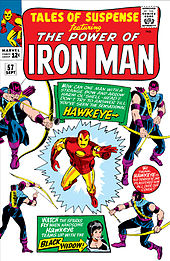 Since Hawkeye was not been in his own movie we do not know his origin but from what we know about The Avengers his origin will be very different than his original origin.
Hawkeye's Origin
Clint Barton was born in Waverly, Iowa. At a young age he lost both of his parents in a car accident. After six years in an orphanage, Clint and his brother Barney ran away to join the Carson Carnival of Travelling Wonders. Clint soon caught the eye of the Swordsman who took the young boy on as his assistant. Along with the help of Trick Shot, the Swordsman trained Clint to become a master archer. Clint later found the Swordsman embezzling money from the carnival. Before he could turn his mentor over to the authorities, Clint was beaten and left for dead, allowing the Swordsman to skip town. Clint's relationship with his brother Barney and Trick Shot soon deteriorated as well.
Clint adapted his archery skills to become a star carnival attraction, a master archer called Hawkeye, known as “the World’s Greatest Marksman”. He spent some time as a member of Tiboldt's Circus,[before joining the Coney Island Circus. He witnesses Iron Man in action and is inspired to become a costumed hero. However, after a misunderstanding on his first outing, Hawkeye is accused of theft and believed to be a criminal. On the run, the naive Hawkeye meets the Black Widow, a spy for the Soviet Union, with whom he falls in love. Blindly following the Black Widow, Hawkeye aids her attempts to steal technology developed by Tony Stark. In one of their battles with Iron Man, the Black Widow is seriously injured. Hawkeye rescues her and flees the battle to save her life. But before Hawkeye can take her to a hospital, the Black Widow disappears. Hawkeye decides to go "straight" from then on. 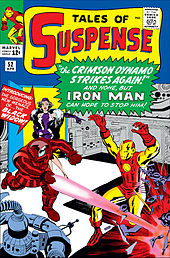 Since Black Widow's origins have not been covered in a movie we do not know how munch different they are from the comic but from the little we know it is a lot different.
Black Widow's Origin.
Natasha was born in Stalingrad (now Volgograd), Russia. The first and best-known Black Widow is a Soviet agent trained as a spy, martial artist, and sniper, and outfitted with an arsenal of high-tech weaponry, including a pair of wrist-mounted energy weapons dubbed her "Widow's Bite". She wears no costume during her first few appearances but simply evening wear and a veil. Romanova eventually defects to the U.S. for reasons that include her love for the reluctant-criminal turned superhero archer Hawkeye. 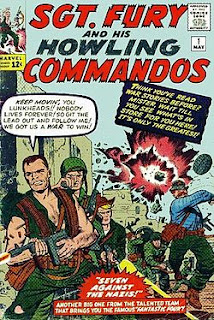 Nick Fury's origin in the movie is completely different from the comic book.
Nick Fury's Origin
Nicholas Joseph Fury is the eldest of three children born to Jack Fury in New York City. His father is a United States citizen who enlists in the United Kingdom's Royal Flying Corps during World War I. Jack enlists in 1916 and is stationed in France. He reportedly shoots down Manfred von Richthofen early in his flying career, and is a highly decorated combat aviator by the end of the War in 1918.

Discharged after the War, Jack returns home, marries an unnamed woman, and becomes the father of three children. Nick, probably born in the late 1910s or early 1920s, is followed by Jacob "Jake" Fury (later the supervillain Scorpio who co-founded the Zodiac cartel), and their sister, Dawn.
All three children grow up in the neighborhood known as Hell's Kitchen, Manhattan, New York City, New York. Nick is an amateur boxer through the Police Athletic League where he also learns marksmanship. With his friend Red Hargrove, he eventually leaves the neighborhood to pursue his dreams of adventure, eventually settling on a daring wing walking and parachuting act. Their death-defying stunts while training British Commandos in 1940 catch the attention of Lieutenant Samuel "Happy Sam" Sawyer, then serving with the British Commandos, who enlists them for a special mission in the Netherlands. Nick and Red later join the U.S. Army, with Fury undergoing Basic Training under a Sergeant Bass. Nick and Red are stationed together at Schofield Barracks, Oahu, Hawaii when the Imperial Japanese Navy ambushes the base on December 7, 1941. Red is among the many killed in the attack on Pearl Harbor, with Fury swearing vengeance against both the Japanese and the Nazis. Sawyer, now a captain, assigns Fury command of the First Attack Squad, a unit of U.S. Army Rangers, who are awarded the honorary title of Commandos by Winston Churchill after their first missions. They are nicknamed the "Howling Commandos" and stationed at a military base in England to fight specialized missions, primarily but not exclusively in the European Theatre of World War II. During this period, Fury falls in love with an English nurse, Lady Pamela Hawley, who dies in a bombing raid on London before he can propose to her.

Don't forget to check back tomorrow for Part 6.
Posted by James the Reviewer at 7:31 AM