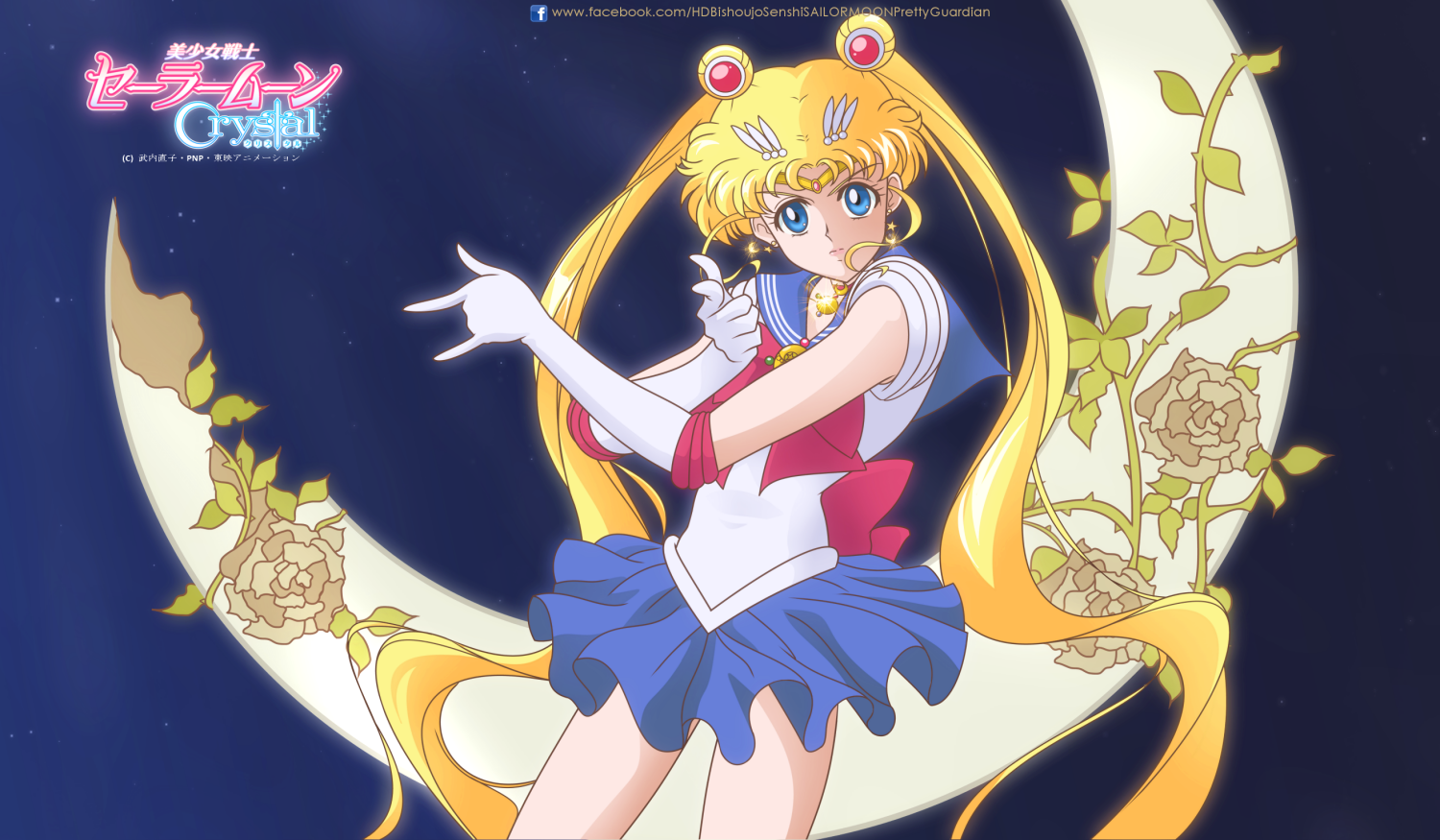 Sailor Moon is a legendary children's anime from the 90s that introduced many young viewers to Japanese animation, even if they did not know it at the time. It is one of the original mahou shoujo series that other mahou shoujo would copy. While I never watched the old series when I was a kid, I heard it referenced many times, as well as seeing various random clips throughout the years. So, when Sailor Moon Crystal, a modern update to the classic series, I figured I would give it a shot just to say that I have seen a little Sailor Moon. The verdict: well, it is not really for my demographic with it still retaining some childish elements, yet it a mostly watchable series. The animation is an interesting blend of new and old styles, which stands out compared to other current series. At times, I was checking my watch, but finally being able to understand a few references when someone mentions it made it a worthwhile experience. Episodes two and three have shown a drastic improvement over the first in many areas, and while it is still flawed, it is fun enough for me to continue watching. Also, for those that watched the series a kid, it is probably worth watching for the nostalgia alone.
-7.0/10

RWBY is not an anime. However, it is inspired by the style of anime, and its tropes. RWBY is a 3D animated webseries, and it might actually be the most popular webseries our there. RWBY is a project by Monty Oum, and the series is released by the internet giant Rooster Teeth. As for the quality, RWBY is a surprisingly fun series that features a likable cast of butt kicking girls that use absurdly ridiculous and awesome weapons, and the second season, designated Volume 2, is more of the same with impressive action sequences and good humor. Since it is a webseries, you can actually watch the entire series on YouTube, Rooster Teeth's website, and even Crunchyroll for free. A good comparison is that RWBY is a combination of a shounen action series and Harry Potter where the magic and wands are replaced by insanely cool weapons and the main characters are girls. You either love it or hate it, and I have found quite a lot of enjoyment thus far. If you are interested in the series, you can watch the entire thing in the playlist below, and yes, that is the official upload.
-7.4/10

Seirei Tsukai no Blade Dance is another ecchi, and while it brings nothing new to the table, it is surprisingly entertaining nonetheless. In many ways, Seirei Tsukai no Blade Dance is a fantasy version of the sci-fi ecchi series Infinite Stratos, which is one of my favorites from the genre, with one male character being the only guy to have a certain power in a land where only women have this power. Also, the guy goes to the all girl academy that teaches this special ability, just like Infinite Stratos. Overall, not bad, and maybe I will continue to watch it, but it is not high on my priority list.
-6.1/10

Plot Summary: "Only a pure maiden can have the privilege to contract with a spirit. In here, Areishia Spirit Academy, trained maidens of noble families are gathered and given an elite's education to become spirit contractors. A boy, Kamito, peeped by accident at a girl, Clair, while she was taking a bath and he ended up making a contract with the spirit she wanted. Yes, Kamito is an irregular boy spirit contractor whose existence was thought impossible until now."

Shirogane no Ishi: Argevollen's premise is about as generic as they come with different fictional countries fighting for control of territory using giant mecha. Even though the mecha genre can be a lot of fun, Argevollen is just too dull and generic. The action wasn't bad and the non-mecha animation is rather good, but it completely failed to hold my attention. Overall, it is not a bad first episode, just a boring one. I will not continue watching the series.
-5.1/10

Plot Summary: "The Kingdom of Arandas alliance and the Countries Unification of Ingelmia have been at war for many years. The situation has been at a stalemate across the fortress of the Great Wall, which has never been penetrated since the foundation of Arandas. The gate to the fortress has remained firmly closed, but when it creaks open, the complexity of war starts to change dramatically."

Season 2 of Space Dandy continues the absurd adventures of Dandy and his crew of alien hunters, who always fail at their jobs. Basically, Space Dandy is a parody series of sci-fi with episodes containing almost no form of continuity. Some episodes end with the hilarious destruction of the universe, while others end up ripping so many holes in the time-space continuum that the fabric of reality falls apart. Due to the fanservice, recommending the series to female audience members is difficult, but it is good for a few laughs otherwise. What sets Space Dandy 2 apart is that just like the first season; the English dub of each episode first air in America on Toonami before the Japanese dub airs in Japan, which makes it the only English dub series you can from this season, and the dub is definitely funnier than the Japanese. As for season two itself, well, the first three episodes were not particularly entertaining, yet episode four has redeemed the series with some great laughs. If you liked the first season, you will enjoy this second season.
-6.7/10

Which series are you watching this season? Are you interested by any of the ones that I have listed here? Please comment below and let me know.

Posted by James the Reviewer at 7:13 AM