Season three of The Legend of Korra concluded on Friday, and it was one heck of a finale! Everything came to fruition in epic fashion, and it might even be the best finale of the Avatar/Korra franchise, and one of the best that I have ever seen. Since some readers may have not yet seen the two part season finale, I will provide ample warning before any spoilers. 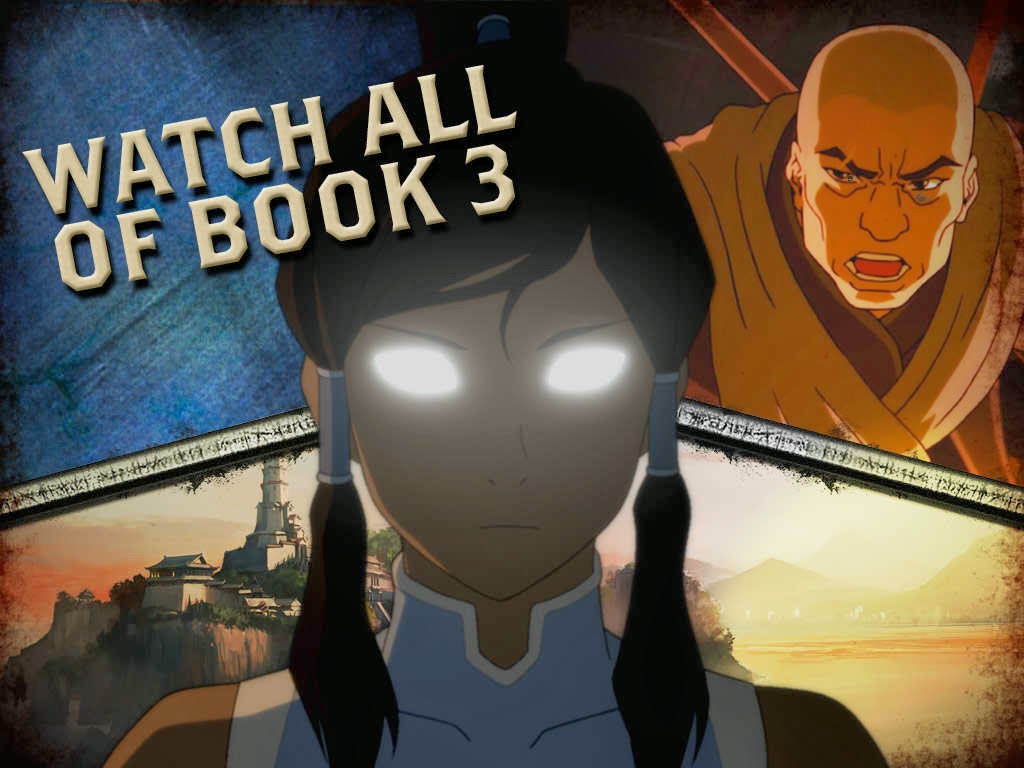 Even though I will save my full thoughts of season (Book) 3 of the series for my complete review, it has been an excellent season, and this finale has made it all the more satisfying. My non-spoilers thoughts of the finale is that I am incredibly surprised how dark it went, in the best way possible. Despite having arguably lower stakes than season two's finale, it felt more important and suspenseful. There are no deus-ex machina plot twists that come out of nowhere, and there are consequences in the end, and hopefully they will carry over to the next season. The final scene is surprisingly emotional and poignant, plus the previous action sequences may be the best the series has produced. Also, Lin and Suyin received more screen time, which was great.

Overall: 9.9/10- Book 3's season finale hits the mark on every level with a satisfying conclusion to various character and story arcs, while also giving us a bittersweet and less than optimistic final scene.

What did you think of the finale? (if you have not seen it, click here to go to the official site) Please comment below, and check back later this week for my review of Avatar: The Last Airbender: Book 1.

Now for my spoiler thoughts: *Warning Spoilers* Wow! Suyin made P'Li, the Combustion bender, blow her own head off! Since the series still has to maintain a certain level of censorship, the shot cutaway before anything was shown, but Zaheer did acknowledge that P’Li is, indeed, dead.

Another surprise is Zaheer being able to fly! Not just Airbend on a glider, but fly like Superman. For those that did not catch it, Zaheer was able to fly because P'Li, his only worldly attachment, died; therefore, nothing was holding him back. Korra's final showdown with Zaheer was beyond epic, and on par with, if not better than, the battle between Aang and the Fire Lord in Avatar's Book 3 finale. Also, did anyone else get a heavy HYDRA vibe from the Red Lotus?

What really got me though were the final scenes taking place a few weeks after Korra being poisoned. Apparently, Korra is not getting back on her feet so quickly, and she does not look so good. What does this mean for the future of the franchise? I do not know. Hopefully, Book 4 will continue with Korra being down and maybe even go for a Spider-Man 2 type thing with Korra struggling to return herself to normal, and maybe even battling depression. Also, there is a nice Korra and Asami scene that shows how their friendship has grown since both of them broke up with Mako. Jinora's tattoo ceremony was a satisfying conclusion to her character arc as she becomes one of the better characters in the series. The worst part of the entire finale is that it is, in fact, the season finale, and we have to wait until next year for more Korra!

*End Spoilers*
If you want to contact us or have any questions please send an e-mail to johnstarslayer@gmail.com.

Posted by James the Reviewer at 8:01 AM