Inception Vs The Matrix: Part 2

Here is Part 2 of the Inception Vs. The Matrix Film Versus! Thus far the score is tied with both Inception and The Matrix scoring 2 points each. Click Here to read Part 1 of this Film Versus. 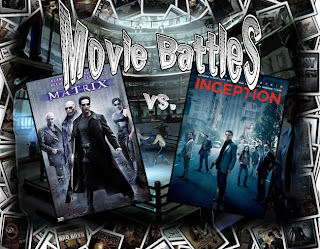 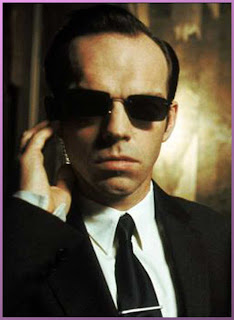 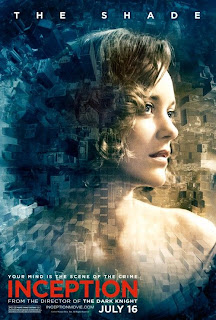 Agent Smith: Hugo Weaving as Agent Smith is one of the greatest film antagonists in movie history. His demeanor and mannerisms make him a very menacing villain.

Mal/Subconscious: Inception does not have the typical villain character as with most other films. The true antagonist is the protagonists’ and Fisher’s subconscious mind. However, Mal (Cobb’s subconscious), played brilliantly by Marion Cotillard, would be considered the film’s “villain” and she was fantastic in the role.

Verdict: Agent Smith: As complex and interesting as Inception’s subconscious antagonists are, Agent Smith is nearly unmatched in villainy.
Most Memorable Scene
Bullet Time Vs. Inception’s Ending
Bullet Time: When I watched the film, the Bullet Time scene blew me away! The scene is indescribably cool and easily one of the best moments in cinema history.

Inception’s Ending: *Inception Spoiler* Could the film have ended any more thought provoking and ambiguous? Nolan left us with Cobb’s spinning totem possibly on the brink of toppling but never gave a final explanation.

Verdict: Bullet Time: While I almost want to give this to Inception, “Bullet Time” has made a more cultural impact and I will never forget the first time that watched the scene.
Visual Effects

The Matrix: At the time, The Matrix’s special effects were revolutionary! Almost nothing at the time even compare and they hold-up well today.

Inception: The use of practical and CGI effects was seamless. In the hallway fight, the hallway was actually rotating with while Joseph Gordon-Levitt and the stun-men were performing the scene.

Verdict: The Matrix: As great as Inception’s visual effects are, The Matrix is in a league of its own, and may even have better effects than Inception does today. Without The Matrix, “Bullet Time” would have never became so popular.
Academy Awards 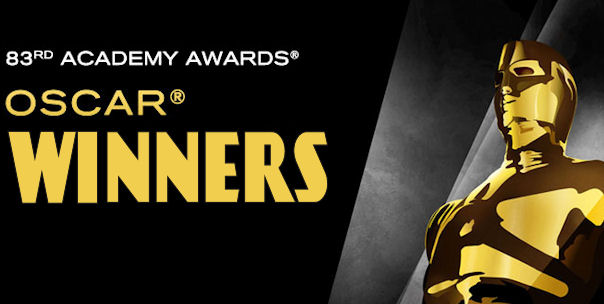 Verdict: Inception: The numbers don't lie, even though they won the same amount of awards, Inception had twice as many nominations.
Woman in Red and Woman in Black 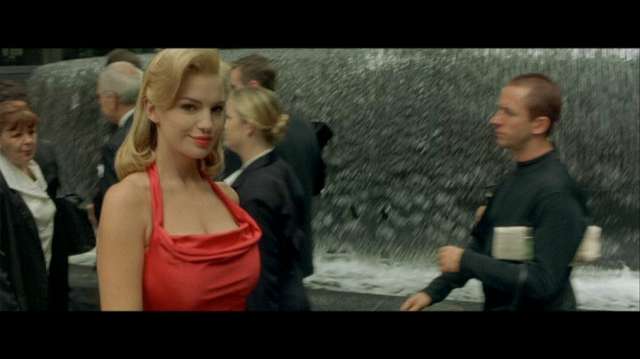 Although this is not one of the “Versus” categories, it is a similarity that is worth comparing. Both scenes use a woman as a distraction to demonstrate an important point in the story and both were constructs of the film’s tech/deception experts, Mouse (The Matrix) and Eames (Inception). However, in The Matrix the scene is more important opposed to Inception were it was more of a plot device, not a philosophical metaphor.

It appears that The Matrix is taking the lead in the second round but can it hold it down the final stretch?
If you want to contact us or have any questions please send an e-mail to johnstarslayer@gmail.com.

Posted by James the Reviewer at 6:32 AM