Inception Vs The Matrix: Part 1.

Inception and The Matrix, two of the most mind blowing and bending films ever made, are two of my favorite all-time favorites. There could not be a better or more closely matched Film Versus. They are literally number 11 and 12 on my favorite films list, and every time I watch each film my opinion as which is better changes. However, for this battle I will have to come to a final decision. Unlike many others, I watched Inception first and then watched The Matrix because it was said to be similar to Inception. Therefore, I do not have the typical bias towards either film. As before, I will break the Film Versus down into multiple categories and determine who is the winner. Let the battle begin! 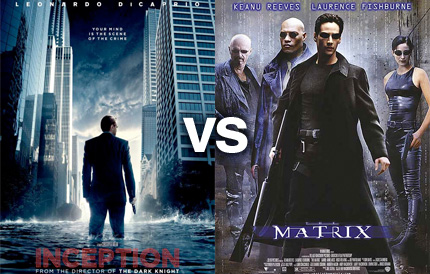 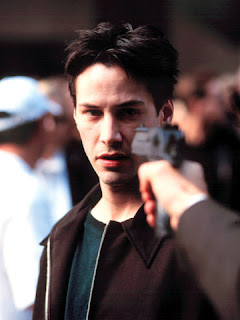 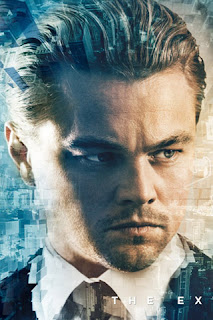 Neo: Despite what some say, Keanu Reeves played the character of Neo well. He was more of an empty shell for the viewer to project himself into the role thus, giving the audience a vehicle to help them understand the strange new world of The Matrix. Neo is the modern man’s action hero; he is not a big muscle-bound guy like Rambo or Chuck Norris, but a normal guy with a greater calling similar to Luke Skywalker or Frodo Baggins of other classic tales.

Cobb: Cobb is a very conflicted character. He is not the typical “Hero” character because what he does “Isn’t strictly speaking…. legal”. Despite this, he is a very likable protagonist and the viewer desires him to succeed.

Verdict: Tie: While Cobb is definitely the deeper and better fleshed out character, Neo is the quintessential hero and eventually *Minor Spoiler* understands his greater purpose. *End of Spoiler* That is why I gave it a tie.

Action
The Matrix: The Matrix has some of the best choreographed fight scenes ever filmed. They set the new standard for the action genre and are still unmatched today. It is difficult to choose just one fight scene from the film, but the ending battle between Neo and Agent Smith was the most memorable.

Inception: In Inception, the rotating hallway scene was easily the highlight in terms of action. However, after they entered the dream world the film was thrilling and action packed.

Verdict: The Matrix: While Inception has some of the best action scenes, The Matrix is in a league of its own with masterfully choreographed fight scenes throughout.

Best Direction and Writing
The Wachowskis Vs. Christopher Nolan 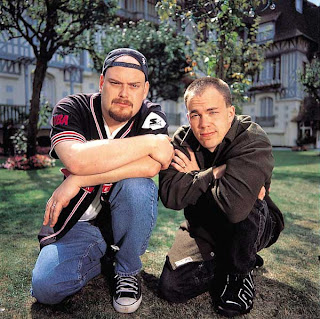 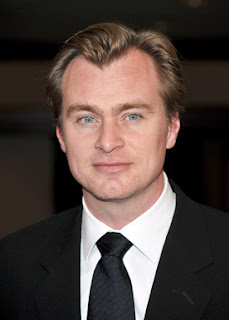 Note: Both The Wachowskis and Christopher Nolan wrote and directed their own, this another similarity between these two legendary films. Also Nolan's brother John helped in writing and producing the film, similar to how the Wachowski siblings worked together on The Matrix. ﻿
The Wachowskis: The Wachowskis revolutionized sci-fi making bring their unique vision of The Matrix to life with stunning action set pieces and surprising deep philosophical subtext. No one else could have brought the mind blowing world of The Matrix than The Wachowskis.
Christopher Nolan: Nolan vastly improved his directorial skill that he showed in The Dark Knight, with crisp and clear action directing, amazing cinematography, and character depth. No one else could have taken this concept of dreams and made it so original and mind blowing.
Verdict: Christopher Nolan: Nolan is a better director in nearly all aspects except action, there is no contest.
Thanks Buddy2Blogger for suggesting this category.
If you have any ideas for more categories, please comment below with your idea. Have you are thoughts on the battle thus far? Please comment below.
If you want to contact us or have any questions please send an e-mail to johnstarslayer@gmail.com.

Posted by James the Reviewer at 7:21 AM