It is only two weeks until The Avengers is released in America!
If you have not seen most of The Avengers movies, I suggest that you do what ever it takes to see Iron Man, Iron Man 2, Thor and Captain America: The First Avenger. Go to your local movie rental store or go to YouTube or Amazon and rent them on demand. You could even go buy the DVDs at your local Wal-Mart. This is going to be the biggest advent of the Summer! Even if you have not watched any or all of The Avengers movies you still should go to the theater and watch The Avengers in two weeks. If you have any question about The Avengers please comment or send an e-mail to johnstarslayer@gmail.com . I also will have an Avengers week starting next Friday with a new header!
If you have not read my guide to The Avengers please click on the links below and them. You should be ready to watch the movies after reading all of the following.

Here is The Avengers soundtrack!
This is beyond epic! Alan Silvestri is a genius! This is the only track that has been released so far but I will post more when it is uploaded.
Are you going to see The Avengers? 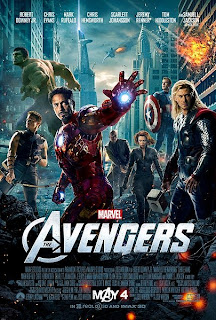 Email ThisBlogThis!Share to TwitterShare to FacebookShare to Pinterest
Labels: The Avengers