The Good, the Bad and the Ugly Review.

You voted for it, so here it is, my review for “The Good, the Bad and the Ugly,” the legendary western that many consider to be the best in the genre. 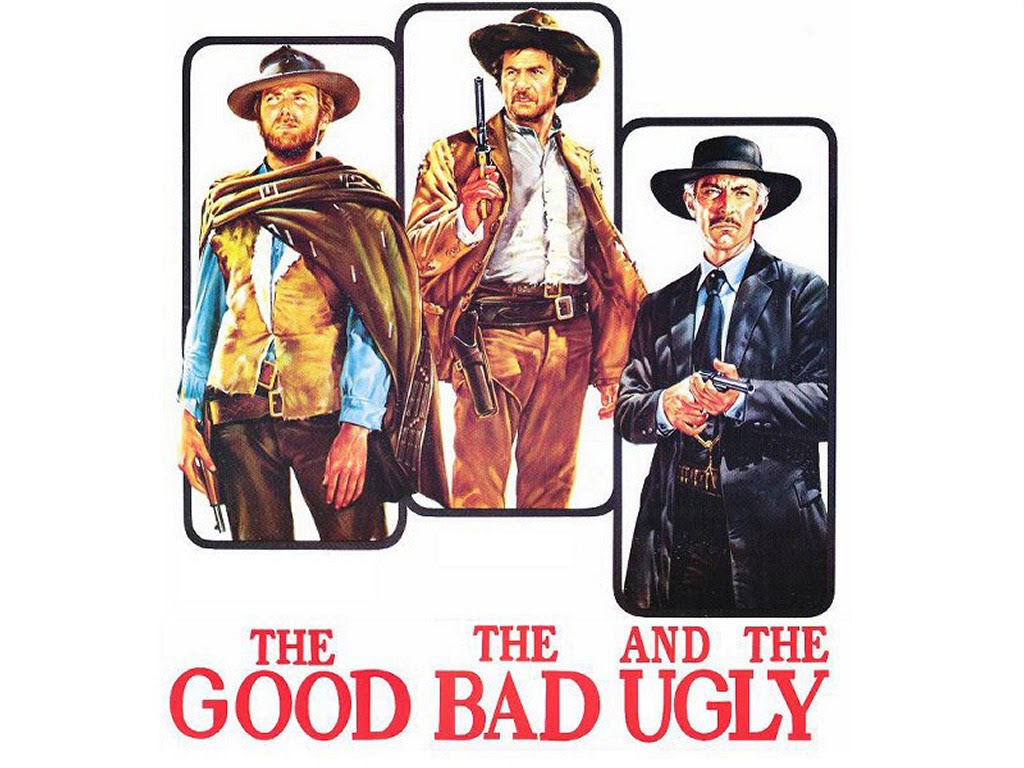 As with Leone’s other movies in the “The Man With no Name” Trilogy, the film follows Clint Eastwood’s character, who actually has a name this time, on a western tale of epic portions about three men’s quest for gold. “The Good, the Bad and the Ugly” is truly a western epic with a runtime of nearly three hours, the film is not for the impatient. Aside from a few points where some audience members could perceive the film as being slow, the only noticeable flaw is the complete lack of history accuracy with the technology of the era. The film takes place during the American Civil War and some of the things used are not from the correct era. Since the movie is made by an Italian, hence the term “Spaghetti Western,” and that it was filmed in Spain, these inaccuracies can be overlooked due to the high quality of the film.

Note: Because the film's trailer is terrible and even mixes up the characters' names, I would recommend not watching the trailer and just watch the movie because it is fantastic. It also spoils some great moments of the film, which is why I have not posted it below.

Plot: The following plot summary is copied from Wikipedia.com.
In a desolate ghost town during the American Civil War, bandit Tuco Ramirez ("The Ugly," Eli Wallach) narrowly shoots his way past three bounty hunters to freedom, killing two but only badly wounding the third. Miles away, Angel Eyes ("The Bad," Lee Van Cleef) interrogates a former soldier called Stevens (Antonio Casas) about a missing man named Jackson who has taken on the name "Bill Carson" (Antonio Casale) and a cache of stolen Confederate gold. He brutally guns down Stevens and his eldest son afte the interrogation, but not before Stevens pays Angel Eyes to kill Angel Eyes' employer, another former soldier named Baker. Angel Eyes later collects his fee for Stevens' killing from Baker, and then shoots and kills him, too.
Meanwhile, during Tuco's flight across the desert he runs into a group of bounty hunters who prepare to capture him when they are approached by Blondie ("The Good," Clint Eastwood), a mysterious lone gunman who challenges the hunters to the draw, which he wins with lightning speed.
Watch the movie to see what happens next.

Plot: 9.6/10- There are few better western tales out there than “The Good, the Bad and the Ugly.” After a somewhat slow and odd first 10 minutes, the movie picks up the pace. There are many twists and turns throughout the film, which are all handled well. Leone’s directorial style was fortunately toned down, and when used in moderation, his style works brilliantly!

Characterization: 9.0/10- Despite the film lacking much actual development from the characters, all of the characters are memorable and absurdly entertaining to watch!

Action: 7.6/10- “The Good, the Bad and the Ugly” is not an action-packed western; however, it does have a few great shootouts, particularly the final stand-off. Also it is one of the first films to actually show bullet wounds and have some blood and damaged faces, granted, it is rather tame by today’s standards.

Acting: 9.2/10- While some of the minor background voice acting could have been better, overall the acting was excellent. Even the later re-dubbed character of Tuco was excellent, and of course Clint Eastwood was him usual awesome self.

Special effects: N/A- While the explosions and sets looked great, “The Good, the Bad and the Ugly” is not a effects film.

Soundtrack: 10/10- No doubt the best soundtrack ever composed for a western, it added suspense and an epic feel to many of the scenes. It was also used perfectly to highlight key parts of the movie; it is a true masterpiece of music. Listen to the iconic theme below.


Comedy: 9.1/10- As said above, I was surprised by how humorous it was, while it is far from a comedy, there are plenty of laugh out loud moments throughout. Using situational irony and sarcastic humor through the witty dialogue deliver most of the laughs, but it never felt cheap or over used at any point. Most of the humor came from the character Tuco, who was my favorite character from the film, as well as Eastwood's humorous one liners.

Overall: 9.5/10- Not only is “The Good, the Bad and the Ugly” more than worthy of its iconic legacy as one of the best westerns of all-time, it is one of the best films ever and the best to come out of the 1960s.

Closing comments: If you consider yourself a western or classic film fan, this film is an absolute must watch.

Email ThisBlogThis!Share to TwitterShare to FacebookShare to Pinterest
Labels: movie review, review, The Good the Bad and the Ugly