As a critic, sometimes I cannot always develop enough thoughts about a particular work of fiction to warrant an entire review or I do not currently have the time to dedicate an entire review, but nevertheless want to express my overall thoughts on the work. Because of this, I am going write a few mini-reviews of two or more series and include them on one post. These type of posts will not be particularly often, but the need arise for anything, not just anime, I will post some mini-reviews. 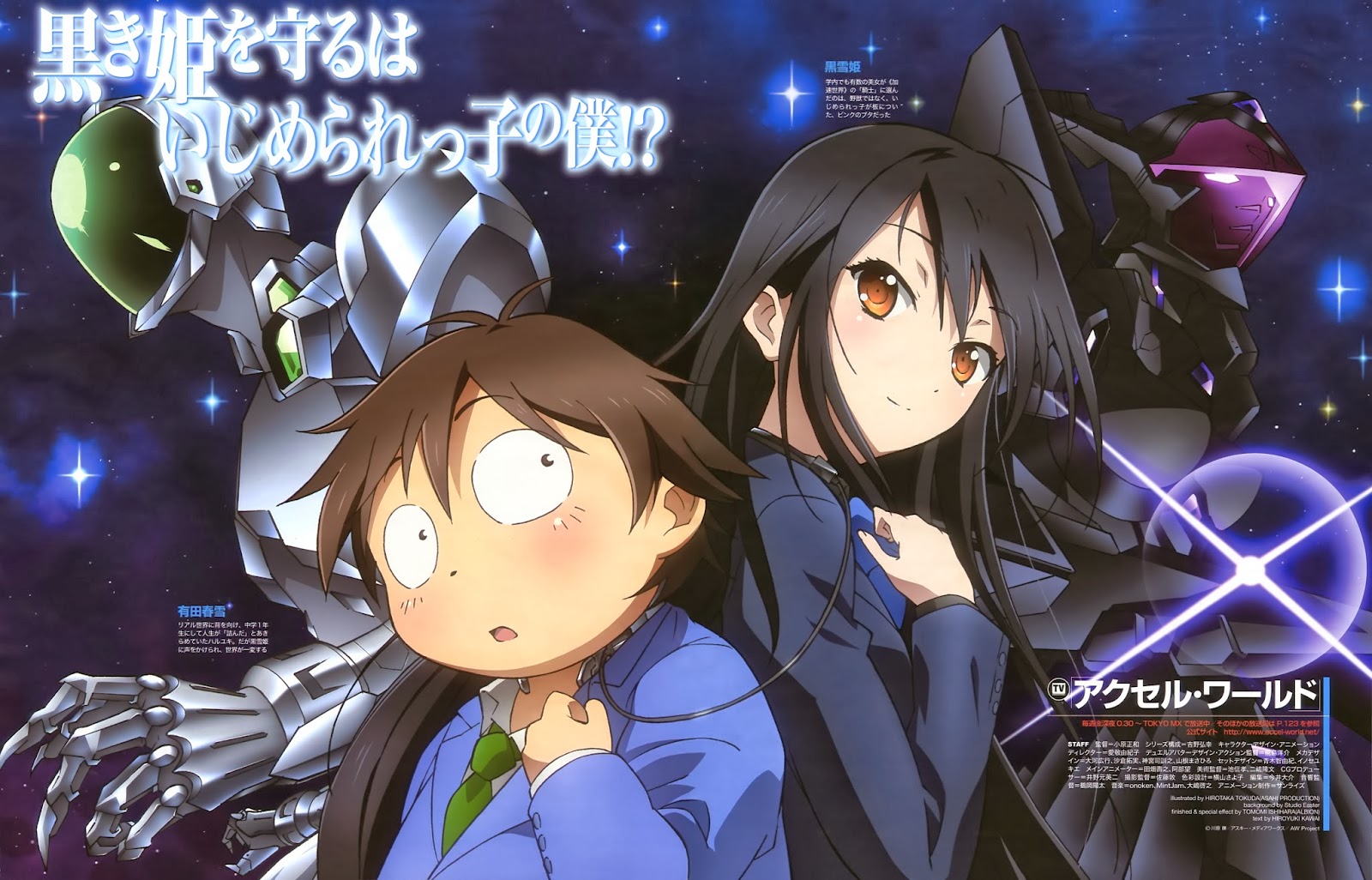 Accel World is about Haru, an outcast in his school, that is highly skilled at playing video games, and how the most popular girl at his school introduces him to a virtual reality game called "Brain Burst." Basically, what ensues is some surprising intense online battles with a few unexpected twists, and if you want to know more about the series, watch the first episode below. As a whole, Accel World was a blast! While it had some cliches, the premise, action, and surprisingly fun and relatable characters more than make it worth a viewing if you are looking for an enjoyable series. Being a gamer myself, the concept of how the game can affect real life was intriguing and even though the character design for Haru was oddly chibi compared to the sleek design of the other characters, he was a relatable character with some good complexities. There are some romantic overtones in series, which is typical for a high-school set anime, and it is handled well enough. Accel World is set in the same universe as Sword Art Online, although there is only one minor reference to SAO, so if you have not seen it, you will not be left out. If you do happen to like SAO, then definitely watch Accel World. In general, the series is very anime with tropes such as a tsundere and some fan-service in a few places, but nothing that you would not expect in your typical high-school anime. For me, the tropes and cliches just made the show a little more fun and the series in general is rather humorous. The soundtrack is surprising strong with many memorable tracks and the opening songs are fun and energetic. The English dub is all around strong and the sub is predictably good as well.
Overall: 8.1/10- Accel World is not deep or thought-provoking, but it is certainly fun and entertaining with likable characters. Hopefully there will be a season two! Also, you can watch the first four dubbed episodes on Hulu, as well as the entire series in subtitles by clicking here. 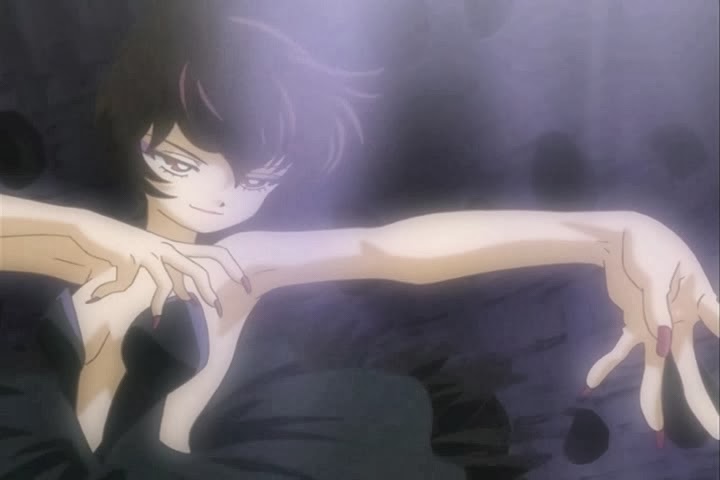 Purinsesu Chuchu, or in English, Princess Tutu, is a series that I never expected that I would ever watch. From the name, you would expect an extremely girly shoujo anime, and you get a tragic fairy tale that brilliantly uses meta-fiction to create a mostly entertaining 26 episode series. Princess Tutu (PT for short) is about a girl named Duck (or Ahiru in Japanese) that is actually a duck that has been turned into a mahou shoujo (magical girl) to retrieve the heart shards of the Prince Mytho. If you want a more in depth plot summary watch Arkada's review below. Now, you may wonder why I even considered watching such a series, and that is due to several things. First off, Misty Kasumi* recommended it to me, then my favorite YouTube critic of all-time GRArkada, aka Tristan Gallant, include the series on his 25 Recommended Anime, then fellow blogger and anime critic Arvin Saints gave a positive review of the series, which you can read here, and after that I did some research and discover that it is generally well received with reviews ranging from 8/10 to 10/10, which convinced me to give it a shot. Also, Arkada's quote "Real men watch Princess Tutu" was basically a challenge. In short, thanks Misty, Arvin, and Arkada for convincing me to watch the series.

As for the series itself, for what it is, PT is undeniably well written and clever. The first 6 or 7 episodes are a little tough to sit through if you are not used to shoujo anime, which I was not, but after that, the series picks up the pace. The next season, or last 13 episodes, are far superior to the first season with darker themes and a surprisingly good conclusion. Despite my positives, there are certainly negatives. Aside from the first 6 or 7 episodes being a little slow and silly at times, there are a few silly moments spread throughout and the humor in the first season does not always hit the mark. Fortunately however, the humor is much improved in the later parts of the series. The main characters, with the exception of Mytho, are likable with Rue (picture above) being my personal favorite due to her *Spoiler* tragic villain backstory and ultimate redemption. *End Spoiler* If you have a little sister or daughter and want to be able to watch something is mostly suitable for them (except for some mild profanity like "hell" and "d*mn" as well as some violence) and for adults, watch this series. In general, this is a great way to get younger audiences introduced to anime, and if you are the type of person that still enjoys classic Disney movies (I am not one of them) and you can get past the slow start, PT is a good gateway anime. At some point I might write a full review for PT, but I wanted get my thoughts of the series in text before I forget anything.
Overall: 8.3/10- While in terms of personal enjoyment, PT would rate slightly lower, it is undeniably well written and a series that expanded my knowledge of anime's different genres.

You can watch the entire series in dub on Hulu by clicking here.

On a side note, for the adult guy (18+) readers out there, I highly recommend Black Lagoon, which is kind of awesome so far. My full review for will be coming after I finish the series at some point in the future.

For another opinion from the guy that convinced me to watch the series, watch GRArkada's review of PT below. Also know that this is one of his earlier reviews and his newer ones are far superior in terms of quality.

Warning: There video contains one use of strong profanity at 0:35-0:38 in the video. Please remember that he is being sarcastic in the beginning of the review.

For all of the Otakus and anime fans reading this, be sure to check back next week for my review of Cowboy Bebop, and if write an anime blog, please let me know in comments because finding other Otakus on Blogger is surprisingly difficult.