Free, one of 2013's most popular anime and it is the anime that brought about "The Death of Anime!" Well, at least that is what some crazy people thought. 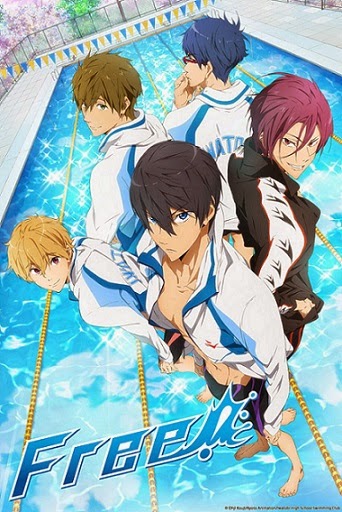 Free, aka Free! Iwatobi Swim Club, is a short 12 episode series about some longtime friends in high school trying to bring back the swim club so that they can swim competitively again. If you have any prior knowledge of Free, you might be wondering: "Why the heck would you watch something like Free!?" And to that, I have three reasons: 1) two of my favorite anime critics, GRArkada and BakaShift, said it wasn't bad. 2) Free is popular, so why the heck not? And 3) due to its popularity, I should review it. So, is Free worth watching after all? Well, for the most part, it actually is. If you are not familiar with Free, it is known for being one of the first series to have a lot of female oriented fanservice (aka "man-service"). While there is some in the series, it is really more like a slice-of-life comedy with fun sports elements.

The Bad: A little too overly dramatic at times, Gets too ridiculous in the first few episodes,

Plot: 6.9/10- Free's plot is simple and familiar, even if you are like me and have not seen any sports anime. The guys want to start a swim competitively, and some of the series is a like a typical underdog story, except the motivations for the characters are a little different.

Also, while I am not necessarily a fan of swimming as a sport, it is one of my favorite Olympic events, and I know more than enough about the sport to enjoy the aspects of the series that revolve around it. For the majority of the series, like most slice-of-life series, Free is very character driven without much apparent purpose except to win the tournament and rebuild the guys’ friendship with Rin, and considering what it is, that is not a bad thing. The only negative in plot is that when the series tries to be serious, it can be a tad overly dramatic.

Characterization: 8.3/10- One aspect that makes the characters in Free so much fun is how the typical gender tropes and stereotypes are reversed, and the characters are almost self-aware of this fact. For example, the five main characters, Haruka, Makoto, Nagisa, Rin, and Rei all have girly names and the series references this many times. If you are not familiar Japanese names, think of it as if some guys were named, Sue, Jenny, and Kat. On the other hand, the one of the only female cast members, Gou, has a more masculine name. Also, Nagisa often uses the honorific "chan" at the end of his friends' names, which is usually a suffix that is used for young women (there are other uses), and it is sometimes used for humor. Another aspect of the gender reversals is that tropes such as Tsundere are used for one of the male characters. Essentially, the series parodies gender archetypes, and if you are familiar with the female tropes that are often featured in ecchi series or many other anime, you will likely find the satire rather humorous. Also, I want to give the YouTuber BakaShift credit for noticing the gender switch in his review. I may have noticed it myself, but I watched his review before watching the series, so that may have influenced what I observed.

Haruka Nanase: Haruka is a strong and silent type character that loves the water more than anything else. He does not say a lot throughout the series, but he only wants to swim with his childhood friend, Rin, again. Also, Haruka will only swim freestyle, or as the series calls, "Free."

Rin Matsuoka: When the four main characters were children, Rin went to study abroad in Australia so that he could train to be an Olympic swimmer. After he returns, he goes to a special school in Japan that specializes in swimming. While Rin receives the least screen time of the main characters because the series is more about the Iwatobi Swim Club trying to train so that they can compete against Rin's school, his character is well developed, particularly his friendship/rivalry with Haruka.

Makoto Tachibana: Makoto is Haruka's best friend, and he is the one that decides to start the swim club. He is more of a fun guy that is nice to others. Makoto is also easily frightened, which can be a tad annoying at times, but does provide some good humor. Makoto swims the backstroke in competition.

Nagisa Hazuki: Nagisa is the typical energetic little guy. Among the main cast, he probably receives the least development, but he is still a fun character to watch, except for the moments where he acts annoyingly juvenile. He swims the breaststroke.

Rei Ryūgazaki: Rei is odd man of sorts. Unlike the other four, who have been friends since childhood, Rei is new to swim club. While still physically adapt, he relies heavily on theory and logic. Of the main characters, he is probably my favorite, and he wears really cool glasses. Also, he swims the butterfly.

Gou Matsuoka: Gou is Rin's younger sister. While she does not receive a lot of screen time, she is one of my favorite parts of the series. For one, she is one of the only normal sisters in anime that do not have some weird "onii-chan" complex. Aside from having one of my favorite character designs for female character that blends realism with moe perfectly, watching her "fangirl" about the guys in the series is often humorous. She actually reminds me of a lot of fangirls that I know.

Action: N/A- Of course Free is not an action series, however; the swimming tournaments are actually exciting to watch thanks to the brilliant animation.

Acting: 7.5/10- While there are no standout amazing performances in Free's Japanese cast, everyone seems to do a fine job in their roles. In the very beginning of the series as well as the flashbacks later on, the voices for the younger versions of the characters are a little too far in the feminine tone to sound natural. As of now, there is no English dub of Free, and I have not heard of one in production.

Art Style: 9.8/10- Free's animation is the highlight of the series. As to be expected with Kyoto Animation, one of my favorite studios, most of the series looks freaking amazing in terms of quality for a slice-of-life series.

In fact, Free started out as a 30 second short to demonstrate how positively amazing Kyoto Animation's water animation looks, and since that short was so popular, the series was made. While the typical animation looks rather good, particularly the female character designs, the animation for the water and the tournament scenes are utterly fantastic! As for the female oriented "man-service," Free can go a little too overboard at times. During the first four episodes, there are a few scenes that are laughably absurd, but after that, the series tones it quite a bit. Fangirls are sure to be pleased, but it can be a little frustrating for some male viewers.

Soundtrack: 7.7/10- Free's soundtrack is surprisingly varied. The score can range from fun and lighthearted music for the comedic scenes to fast and exciting for the racing ones.

Humor: 8.1/10- While not laugh-out-loud funny most of the time, Free is often very humorous. Some of the humor lies with the fact that the character tropes have been reversed, which I explained in the Characterization section, whereas the other humor is more general slice-of-life comedy, and it works well.

Non-Otaku Appeal: Honestly, Free is the type of series that anyone that does not mind subtitles can enjoy, although it not high enough in quality for me to recommend to a non-Otaku.

Entertainment Value: 7.8/10- Except for the moments that go overboard, Free is surprising entertaining in a slice-of-life comedy type way, as well as being genuinely exciting in the racing scenes.

Overall: 7.3/10- Overall, Free is an enjoyable slice-of-life sports anime. Aside from the animation, there is nothing particularly exceptional, nor is there a lot wrong with it. The characters are likable, the humor works, and the swimming scenes are a lot of fun, so if you want to give it a shot, go for it.

Closing comments: Season two of Free is airing today, and I will probably end up watching it, and maybe even reviewing it. 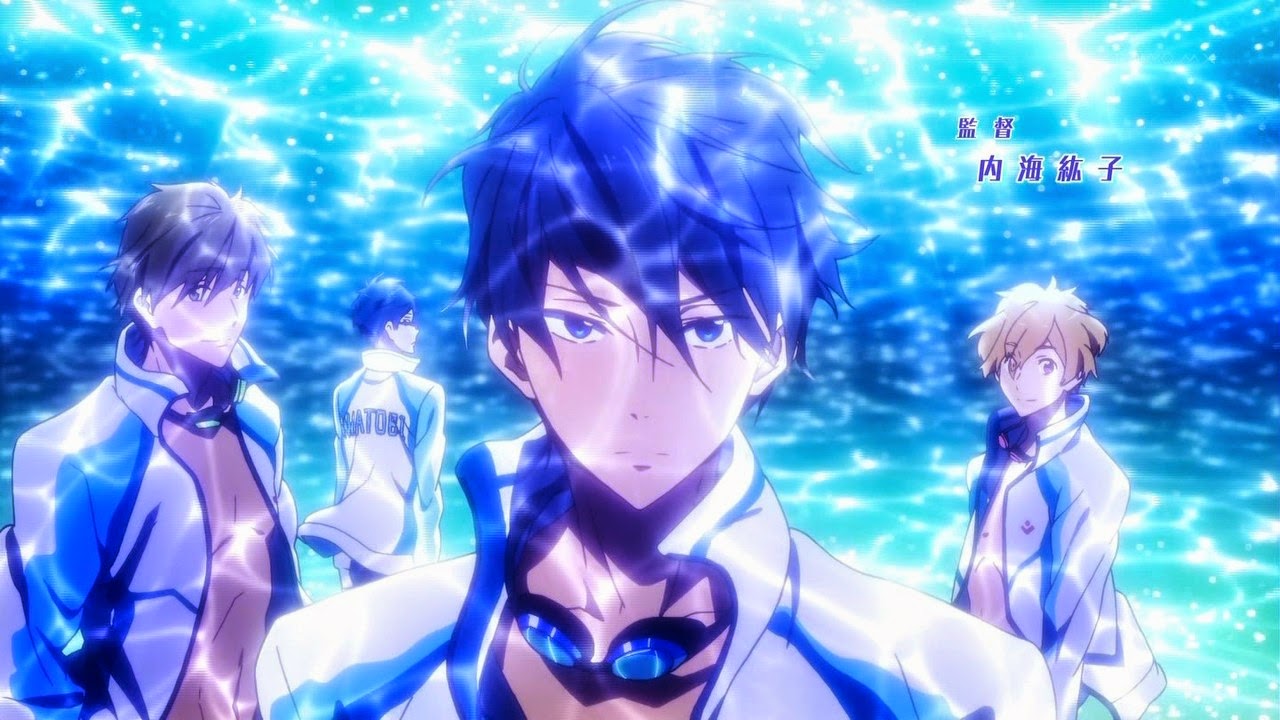