Doctor Who's season is coming to an end with the first part of the two part season finale, "Dark Water." 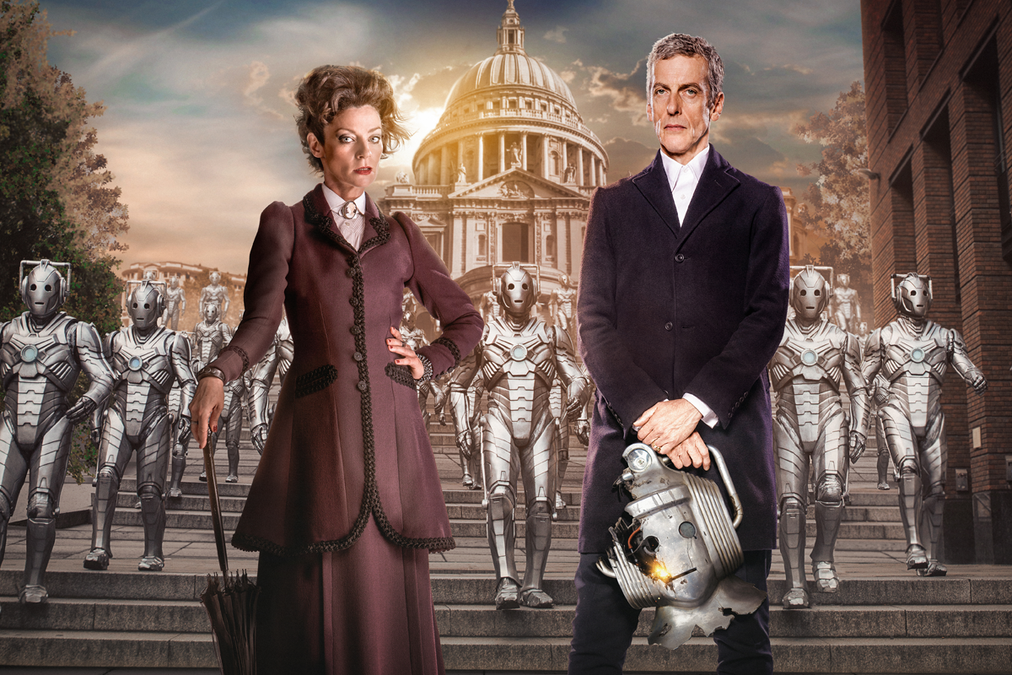 Doctor Who finales are always a unique thing, but not always in a good way of. Often times, they are a bit hit and miss, with seasons two and five being personal highlights. So, does "Dark Water" also fall short in the first part of the finale?

"Dark Water" kicks off with a conversation between Clara and Danny with Clara telling him to that she loved him, but then their conversation is cut short. Someone else picks up the phone, and Danny is dead. Is it just me or did the episode give the vibe of dying from the start? As soon as Danny started to cross the road, I knew that he would get hit by a car before it happened. Was that intentional of the director to flag it so quickly? Either way, Danny's death did not seem all that impactful considering that we all expected him to return later in the episode in some capacity. Despite my reaction, Jenna Coleman certainly sold her scene with near perfection. Even though Jenna Coleman has been given some inconsistent material at times, her is nearly unmatched among companions, at least to me. She continues to excel at being the most human of the companions with the most believable emotional scenes. If it was up to me, she is a top contender for best actress of television.

Coleman's performance is also a large part the following scenes worked so well. In the wake of Danny's death, Clara is not able to come to terms with him dying in such a mundane way. Thanks to Coleman's strong performance, she was able to sell the audience on the scene effectively. However, she one ups herself again with the next scene with the Doctor in the volcano. Seeing Clara throw the keys of the TARDIS in the volcano while trying to make the Doctor save Danny was a powerful and effective scene. Capaldi's performance was also very strong as to be not be overshadowed by Coleman's exceptional performance. Also, The Doctor's line "Go to Hell" made me double-take, but it was rather clever.

As for the plot, "Dark Water" had me conflicted at first. Throughout the season Missy's scenes with various characters who died during the Doctor's travels rarely seemed to fit. However, my aversion to the scenes was likely the fear that the season finale would end in a convoluted and disappointing mess. During the majority of the episode, the idea of the episode's "afterlife" did not work for me. It was just annoying. Not until the end of the episode, when the true plot behind this "afterlife" was revealed, everything came together in a big "Aha! The Cybermen!" moment. Even though a picture of Missy and the Cybermen was leaked before the season began, being the spoiler-phobe that I am, I only saw it in passing once, and quickly forget it, which made the big reveal actually rather shocking. If you knew, then the shock-effect is likely diminished.


When they said that the bodies are in exoskeletons, I did not connect the Cybermen to the skeletons, and as soon as the water began to drain, revealing the distinctive handles on the head, it worked brilliantly.

After brief glimpses of Missy throughout the season, Michelle Gomez's performance and my general impression of the character is much better than originally expected. Missy's first encounter with the Doctor is absolutely hilarious, yet not in a way that diminishes the ominous and eerie tone of the underworld setting. The Twelfth Doctor gets his first official snogging, and his reaction to Missy, who he believed to be an android, is hysterical! Also, when he was told to hold his hand to her chest, with Clara reminding him, "You can put your hand down," was great. Of course, the biggest reveal of the episode is that Missy is, in fact, a female version of the Master, and that Missy is short for Mistress. When Missy was first revealed, many fans, myself included, did speculate that she is the Master, so it was not a big shock, but it was a good reveal nonetheless. Making the Master is an idea that I get behind. Considering that we did not see the Master during the entire Smith era, bringing the Master again works.

Before the reveal, the build is quite effective, particularly the disturbing "Don't cremate me!" line as the inspiration of 3W. Andrew Leung as Dr. Chang gave a surprisingly strong performance for a character with the sole purpose of providing exposition to the Doctor, Clara, and the audience.

Another strong element is Samuel Anderson as Danny Pink, who continues to give a top notch performance. The scene with Danny seeing

Some elements of the episode actually reminded me a bit of the season 2 two-part finale "Army of Ghosts" and "Doomsday," in that the ghosts of the supposed dead people, who turned out to be the Cybermen.

With the method of these dead people being abduct revealed, why or how did the clockwork robot in the first episode end up with Missy? According to what she said, it was made to capture humans, so why would an android be there? It did say that it was looking for the "Promised Land," but it still does not make sense.

Steven Moffat's writing is particularly clever with the build up the Cybermen threat before the big reveal. All of the dialogue highlights both the actors' strong points and Moffat's strong suit of having humorous dialogue intertwined in the eerie atmosphere. 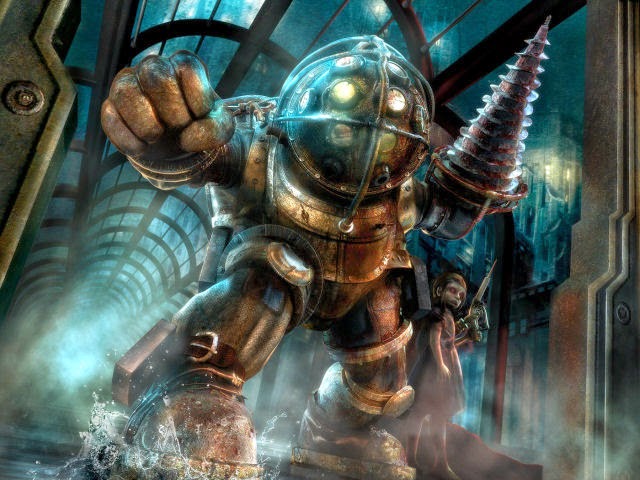 Director, Rachel Talalay, does an exceptional job with the episode featuring some superb set design that is incredible reminiscent of the underwater city of Rapture in the Bioshock video game. In same vein as Bioshock, the city in the episode is equally as creepy to point where I would be surprised if a Big Daddy (picture left) came around the corner.
Thus far, this is shaping up to have one of the best finales of Doctor Who.

Overall: 9.0/10- While the true impression of conclusion will ultimately be in the next episode, as a setup for what is to come, "Dark Water" is about as good as it gets.

Please check back tomorrow for the first part of my breakdown of Marvel Phase 3.

Posted by James the Reviewer at 6:07 AM