Back to the Future Review 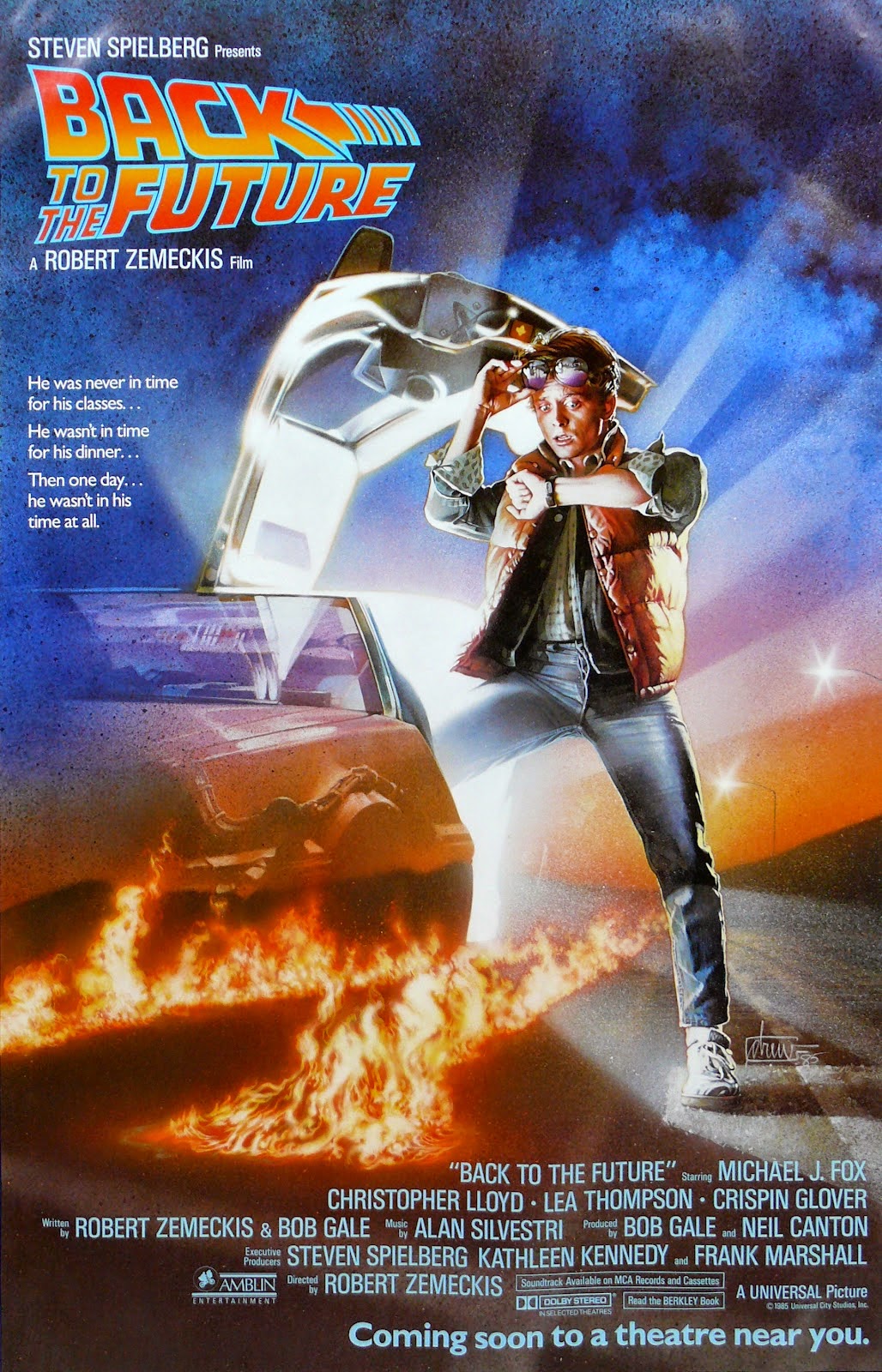 On this day, November 5th, 14 years ago Marty McFly traveled back in time to 1955, which makes no time like the present to review the sci-fi classic, Back to the Future.

Despite having seen many of the iconic 80s films like Indiana Jones and Star Wars when I was a kid, somehow, Back to the Future spilled through the cracks of my viewing, but that all changed three years ago when I watched this classic for the first time.

Honestly, there is no reason to hold back my opinion on whether or not Back to the Future holds up as a classic, because yes, it absolutely holds up!

Plot: 9.7/10- Back to the Future’s plot is incredibly fun and clever. Not a second goes by when Marty and Doc Brown’s fast pace sharp dialogue does not entertain. 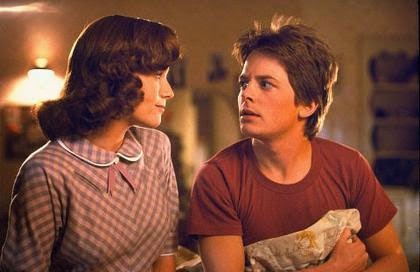 Despite a few enviable gaps in time-travel logic, the film’s plot cleverly uses almost everything said in the beginning of the film to create smart gags and references when Marty travels to the past, some of which are even funnier on later viewings.
Characterization: 9.5/10- Marty McFly and Dr. Emmett "Doc" Brown are the main characters, and their interaction and dialogue is the highlight of the film. However, it never forgets to add some solid character development. McFly understanding more about his parents after traveling back in time is another strong aspect thematically as well. 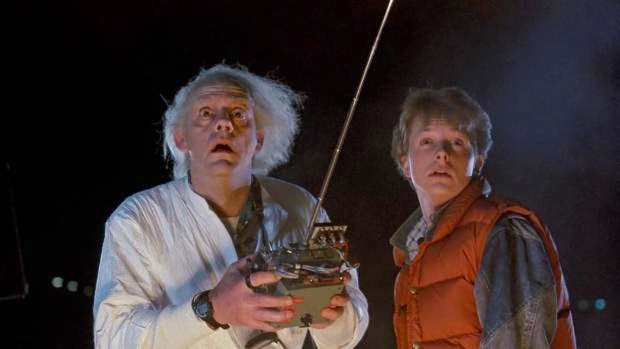 Acting: 9.4/10- Michael J. Fox gives the perfect performance for the type of character the film calls for. He is funny, frantic, and has excellent chemistry with Christopher Lloyd, who is equally exceptional. Also, Fox is great at making a shocked/puzzled expression throughout the film; seriously, look at the pictures in this post!

Special effects: 8.0/10- For the most part, the special effects hold up rather well today, with nothing standing out as good or bad.

Soundtrack: 10/10- Alan Silvestri's soundtrack is one of the best film scores ever composed. It adds such an effective sense of adventure and fun to the film. Also the movie had two great songs, "Johnny B. Goode," originally by Chuck Berry, and "Power of Love" by Huey Lewis and the News. The film's cover of "Johnny B. Goode," by Mark Campbell, is just as good as the original, and one of my personal favorite songs.
Humor: 9.9/10- Despite the excellent clever humor, Back to the Future is not necessarily a comedy, at least not in the tradition sense. However, Back to the Future is still an often hilarious film with many clever and smartly written gags and jokes.

Overall: 9.7/10- Unquestionably, Back to the Future is one of my all-time films, and an absolute classic. It has everything that a classic needs, clever writing, iconic characters, and pure entertainment value.

Closing comments: If, for whatever reason, you have not seen Back to the Future, do yourself a favor and watch it; you will not regret it!

Please check back tomorrow for the final part of my summer anime review and Friday for the last part of my Marvel Phase 3 breakdown.