I (Hamlette) am here to discuss one of my most recent soundtrack acquisitions.  It's quite ridiculous that it took me this long to buy this soundtrack, because I've loved The Princess Bride (1987) for more than twenty years.  Sometimes, I make very little sense.  Anyway, Mark Knopfler's score for The Princess Bride is as subtly off-kilter as everything else in the movie.  Fairy tale motifs get twisted slightly to make them fresh, funny, and surprising. 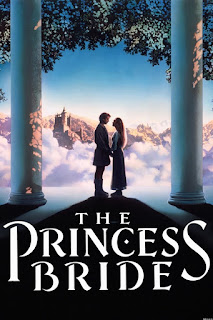 "I Will Never Love Again" begins very sad, pensive, minor.  Lots of strings, a bit of a twangy '80s sound going on here and there.  It's a love theme gone horribly wrong, which suits the early part of the film perfectly.


"The Friends' Song" is an obviously humorous song, got a good swagger and a bounce to it.  Some cheeky guitars open it, then a flute joins in with a delicate little strain of sweetness that is eventually overwhelmed by more strings.  But that flute isn't going down with out a fight, and reasserts itself, learning to play nicely along with the strings.  After two minutes, the whole mood shifts to almost a dance, bits of a menace coming in underneath.  It's like a little peasant dance that's being interrupted.


"The Swordfight" is delightful.  Parry, thrust, parry, thrust -- even the music is dueling.  There are some blithe castanets at the beginning to bring in a Spanish flair as befits Inigo, and lots of worried strings keeping us anxious as to what the outcome of this duel will be.  Some trumpets try to butt in triumphantly, but they get pushed back out, and the song twists minor, the strings get dizzyingly busy, and it almost feels like something you'd hear during a swashbuckly silent film where the story has to be helped by the music because there's no dialog.


You can listen to the whole soundtrack on Mark Knopfler's YouTube channel here.  And if you've never visited it, the Official Site is a delight for any Princess Bride fan :-) 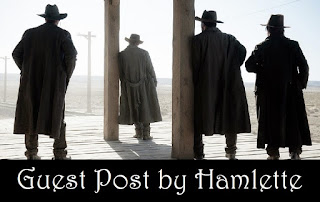