My Top 10 Marvel Cinematic Universe Movies list continues with Part 2. If you missed the first part, you can click here to read it. 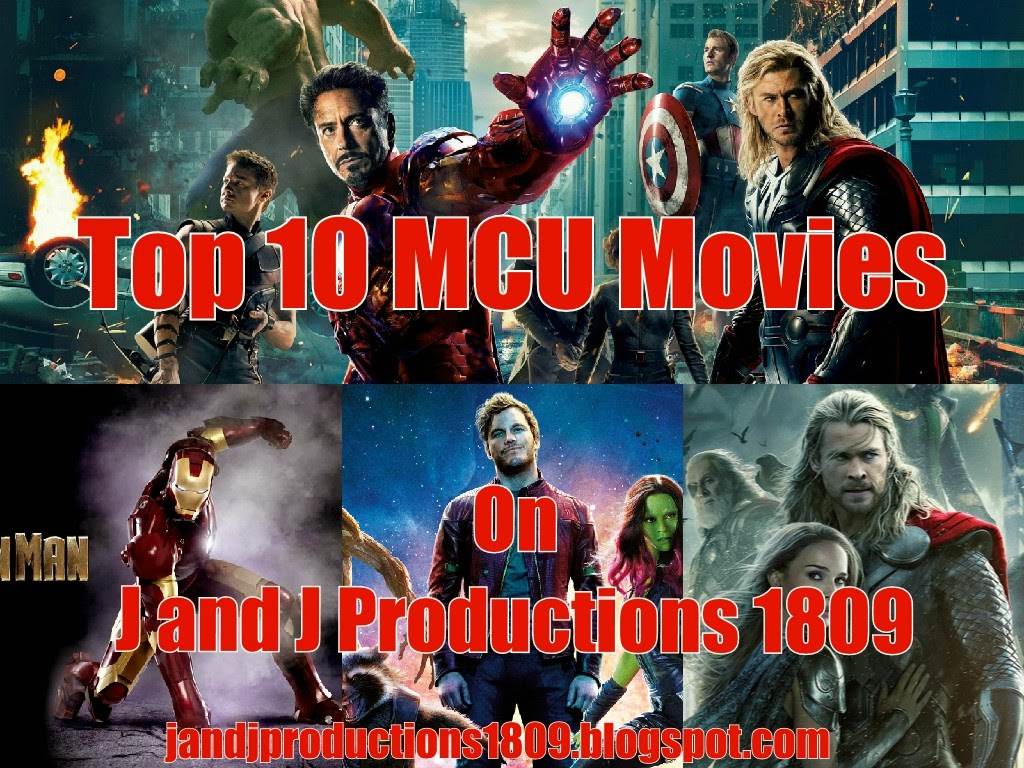 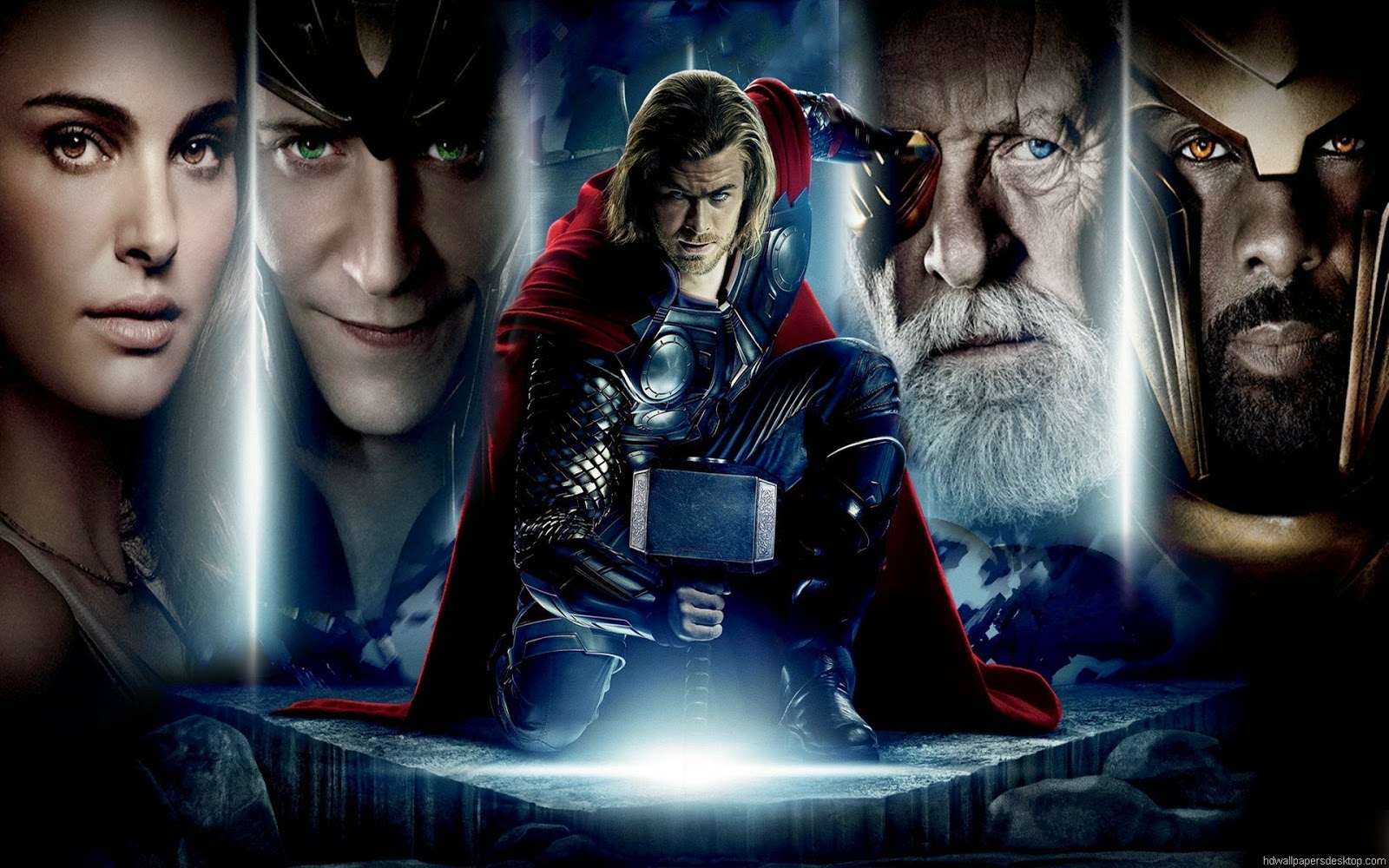 Of all the Phase 1 films, Thor had the most potential for disaster! In fact, before watching the film, I feared that there would be no way that a Thor film could work in live-action. Thankfully, to my surprise, Thor turned out to be one of the films in a long line of Marvel productions that defy expectations against all odds.

Kenneth Branagh's Shakespearean background lent itself well to the film's theatrical family drama and archaic dialogue, which were one of the film's strongest aspects. The "fish-out-of-water" comedy with Thor is full of unforgettable lines that I still quote today, and the Final Act brought Thor’s character arc full circle. Branagh did use a few too many dutch angles for some reason. But as a whole, he managed to capture Thor and the world of Asgard in a satisfying manor! 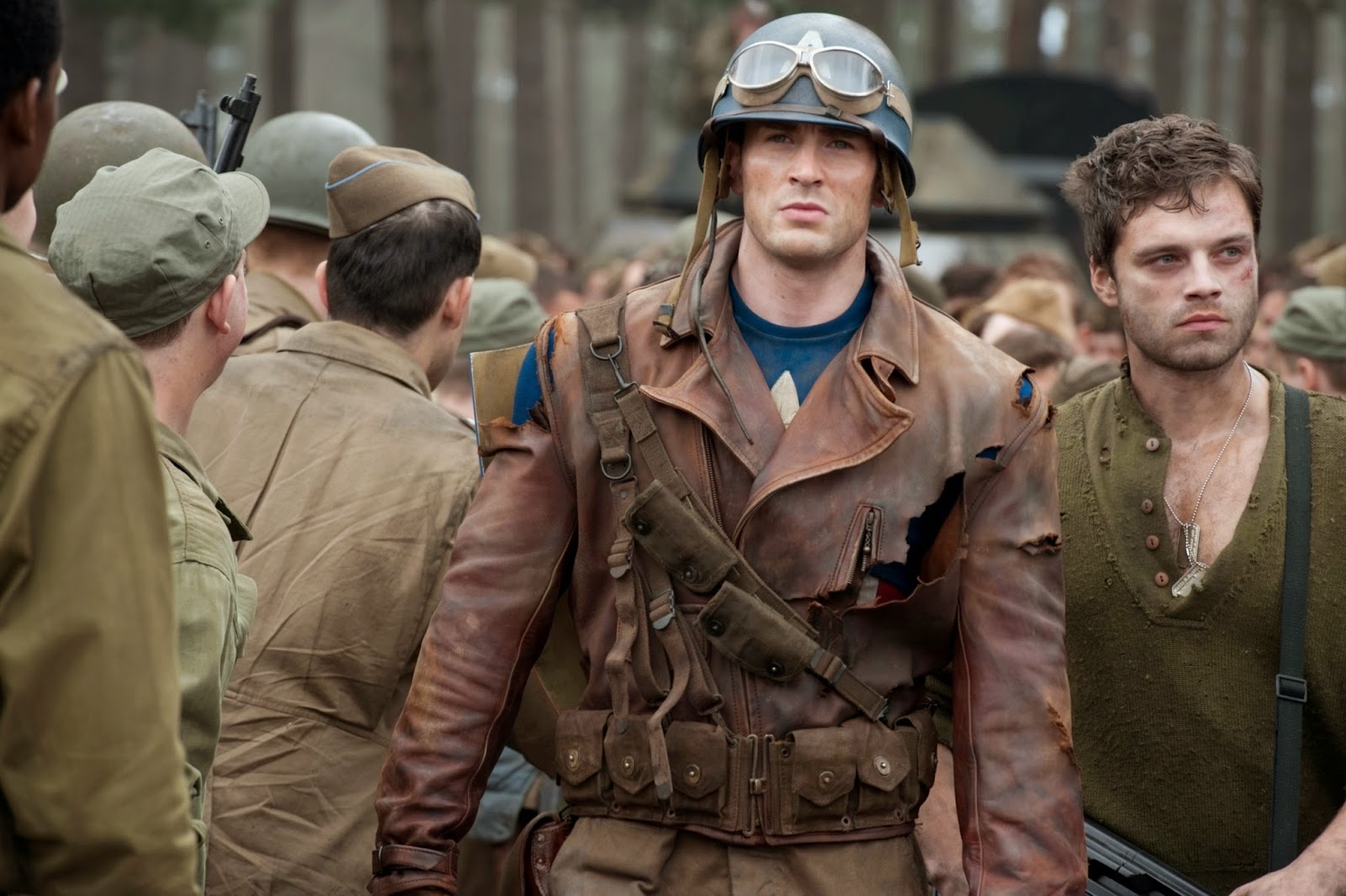 Captain America: The First Avenger is distinctly different than the other Marvel films in both tone and style. Director, Joe Johnston, gave the film a retro period look that is reminiscent of older serials, while still being serious. The blend of styles works for the most part. However, the standout is Chris Evans as Captain America himself. As a Captain America fan since childhood, there was no character that I wanted to see done right on the big screen more. However, when Evans was cast, I was confused. He was a decent funny guy in Fantastic Four, but could he play Cap? And the answer was an astounding yes! The First Avenger was far from his best work as the character, but he really nailed the physicality and heroic personality that the character required.

In retrospect, Hayley Atwell as Peggy Carter turned out to be pitch perfect casting with her spinoff series, Agent Carter, being one of Marvel's best works to date. Actually, if I were to rank Agent Carter versus the films, it would probably be number five (unless Daredevil counts). 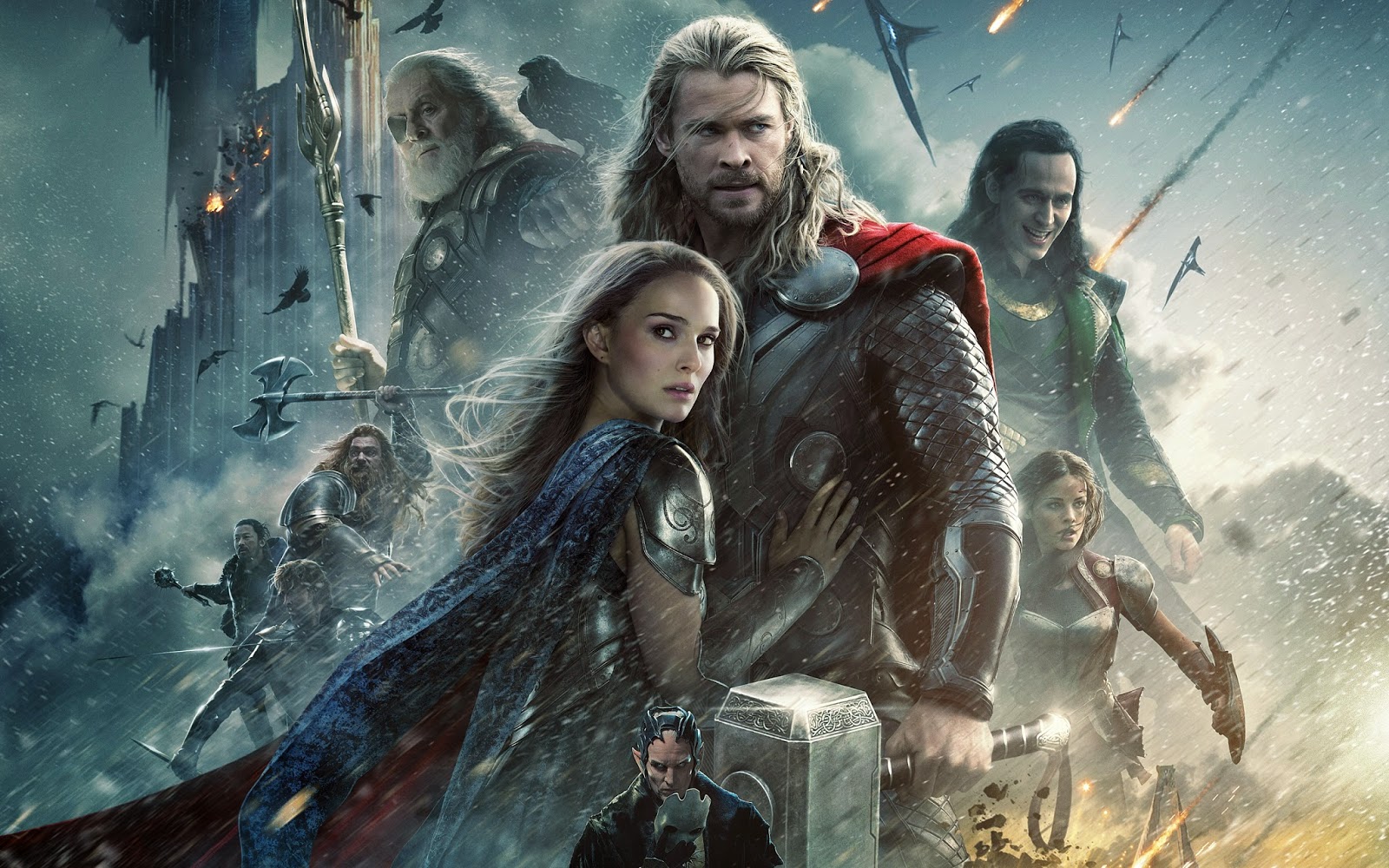 Despite Thor being the titular character, we all know that The Dark World is the Tom Hiddleston show, as he steals every second of his screentime. Sure, his screentime may be limited to the first two Acts, but he eats it up.

However, of all the MCU movies, I have the least to say about The Dark World. There is nothing controversial or world shattering; it is a straightforward and entertaining adventure. The best aspect is the brotherly interaction between Thor and Loki, and visually interesting Asgardian world. I would say that it is about tied with Captain America and Thor on the list with Hiddleston's performance being the thing that barely edges the other two out, although could change upon later viewings. The Dark World place in the grand scheme of the Marvel universe has yet to be seen with the film's final twist setting up for Thor: Ragnarok in 2017. 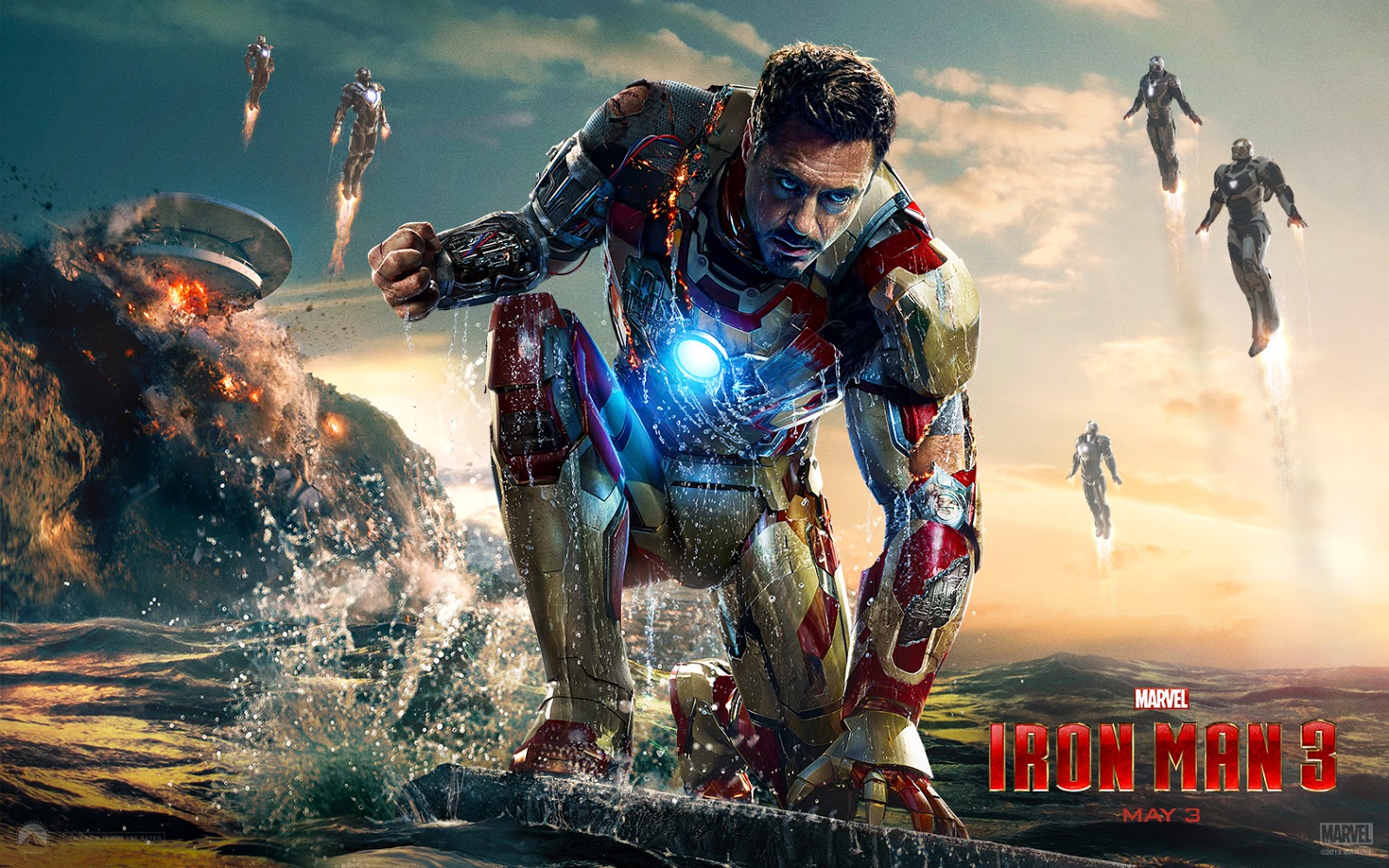 Easily the most divisive of Marvel films, Iron Man 3 continues to leave the community split. Some continue to say that the film is a failure, while others, like myself, say that it is an excellent character study of Tony Stark, despite a few nagging issues.

However, the main point of contention is the big twist *Major Spoilers* that the Mandarin is a fake. Many viewers were sorely disappointed that Ben Kingsley's long anticipated role was all just a facade created by the trailers. For me, and a few others, the deception is one the best twists that I have seen in cinema. Right up until the release, the whole thing was kept underwraps; it is a real feat in today's world of trailers that spoil major plot points (*coughTerminatorcough*). For the first time, I was truly shocked by the turn of events, and for someone that often predicts what is going to happen next, it was a real pleasure to be genuinely surprised.

However, the Third Act suffers from a lack of a great antagonist. A better way to do the twist would have been to replace Guy Pearce with a Chinese actor, so that when he says "I am the Mandarin" the dragon tattoos and other things all make sense. However, considering the latest Marvel One-Shot about the Mandarin, there is a real one out there that we might see in the future. *End Spoilers*

As for the movie itself, Shane Black's witty script and Downey’s brilliant delivery make for an exceptional combination. Even if the plot is not as well crafted as the first film, the interaction, character development, and pure entertainment make it one of the most fun Marvel films to watch.

What do you think of my choices? Please comment below, let me know, and check back tomorrow for the final part of the list.

As before, please do not post spoilers or even opinions about Age of Ultron, or at least use a *Spoiler* tag first. If you have not seen the film, do not read comments by "MarvelFan4Ever," he/she is the spoiling the film in the comments.