Welcome to J and J Production's Weekend of Romantic Fiction where I will be ranking my favorite Top 10 Romance movies. Instead of the typical list, today's list will rank the ten best films in ten subgenres of romance. To explain, there will be one film in each various subgenres like "Romantic Adventure" or "Romantic Drama" that I consider to be the best in its subgenre, and there are ten different subgenres that I will rank plus a bonus at the end of part two. 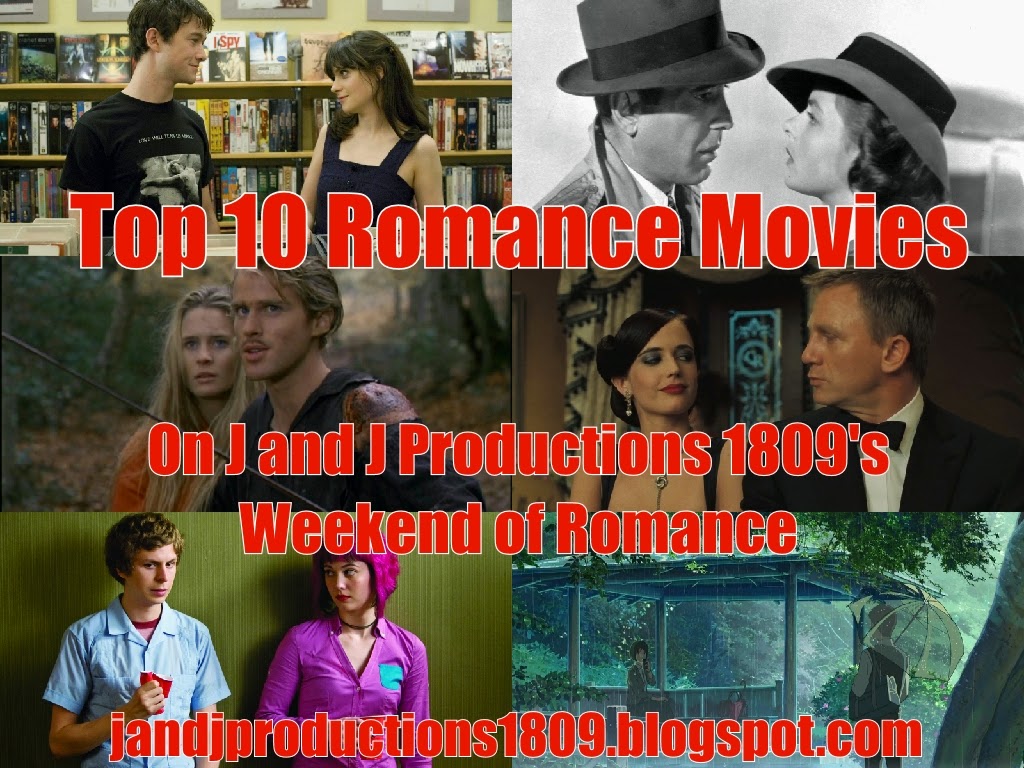 To preface this entire weekend of posts, the romance genre is one that is often more miss than hit with me. Of course, I am referring to romance movies that actually try to be good, not those corny chick-flicks that I know I will not enjoy like the Notebook (that’s fine if you enjoy it). For me to care about a romance between two characters, I must first actually like the characters individually to the point where I, as the viewer, want these two characters to be together. Plus, the narrative must provide a compelling reason why the characters start a relationship, because way too many movies have rushed romances. Unfortunately, live-action films rarely succeed in making me care about the characters enough for the romance to work, which often leads to a painfully sappy resolution. However, there are a select few movie romances that work, and often times they are in films where the romance is not the main focus, like Iron Man or The Empire Strikes Back, because the characters are developed as individuals, not in relation to the other character. Of course, there are many anime that completely succeed in all respects, and you can read why anime executes romance better in tomorrow’s post. Now, without further ado, here’s the list. 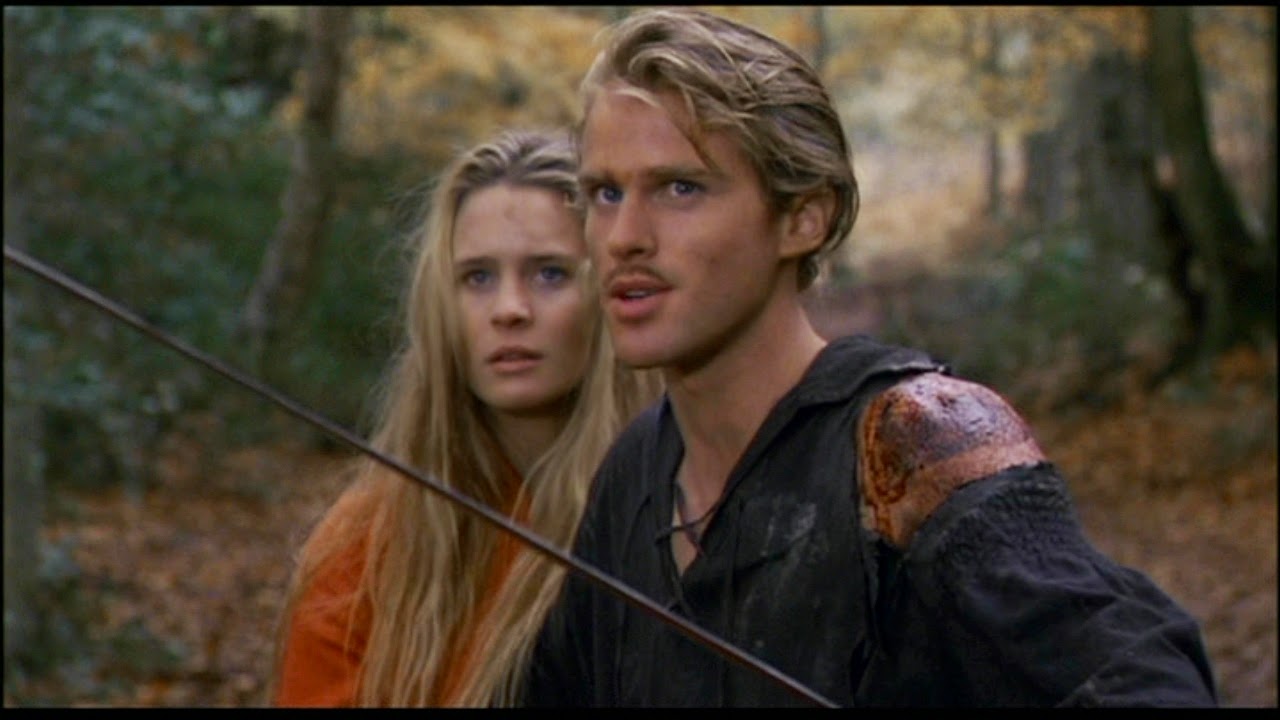 Could there be any other film to top the romantic fantasy genre? The Princess Bride's romance might not be the central focus of the film, but it is a classic that is so much fun to watch!

Plot: 8.6/10- Despite taking 10 to 15 minutes to find its groove, once the characters of characters Inigo Montoya and Fezzik are on screen the movie really picks the pace. Using the narrative device of a story within a story, the Princess Bride is a satire of the fantasy in general, and it most definitely succeeds. While some plot elements are clichéd, the clichés are intentional to produce some very clever humor.
Humor: 8.7/10- While not constantly hilarious, the Princess Bride is a very clever satire and comedy. The movie is able to ride the fine line between corny and cleverly satirical well, with only a few scenes crossing the line. Unlike Mel Brooks’ movies, where the parody goes too far into stupidity, the parody in the Princess Bride is not overly ridiculous most of the time. It is also entirely aware of how absurd and silly it is which works to its advantage. However, at times, the movie is a little too corny for its own good delving into not funny.
Overall: 8.6/10- From the clever comedy to quirky characters, The Princess Bride is a fun storybook like movie that is just generally entertaining to watch, and it is fun for the whole family (for the most part anyway). (Click here for the full review)
Honorable Mentions: Crouching Tiger, Hidden Dragon,

Who would have actually expected a real romance in a James Bond film? Yet Casino Royale certainly delivers the most compelling relationship of the entire franchise, while also delivering possibly the best film in the franchise.
Characterization: 9.9/10- Casino Royale makes James Bond is real human character for the first time in the franchise. Even though the cheeky wit of the character in previous films is great fun, Casino Royale really dives into what makes him who he is, and a lot of his development is because of his relationship with Vesper Lynd. Bond's relationship with Vesper is surprisingly a central aspect, at least in regards to character development. What transpires with Vesper in the film provides the reason why Bond later becomes so cold hearted and not caring about relationships.
Action: 9.7/10- Martin Campbell's action direction is extraordinary! He uses a lot of actual stunts, which gives the film a classic feel to the action sequences that is reminiscent of the best action film ever, Raiders of the Lost Ark. From the insane record breaking car flip to the parkour chase sequence, the action sequences in the film are intense, gritty, and thrilling!
Overall: 9.5/10- Casino Royale makes Bond a human character while also delivering one of the best action and spy films ever made. Despite originally disliking the film upon my initial viewing, after furthering viewings, Casino Royale continues to convincement me that it is the best Bond film to date.
Honorable Mentions: True Lies, 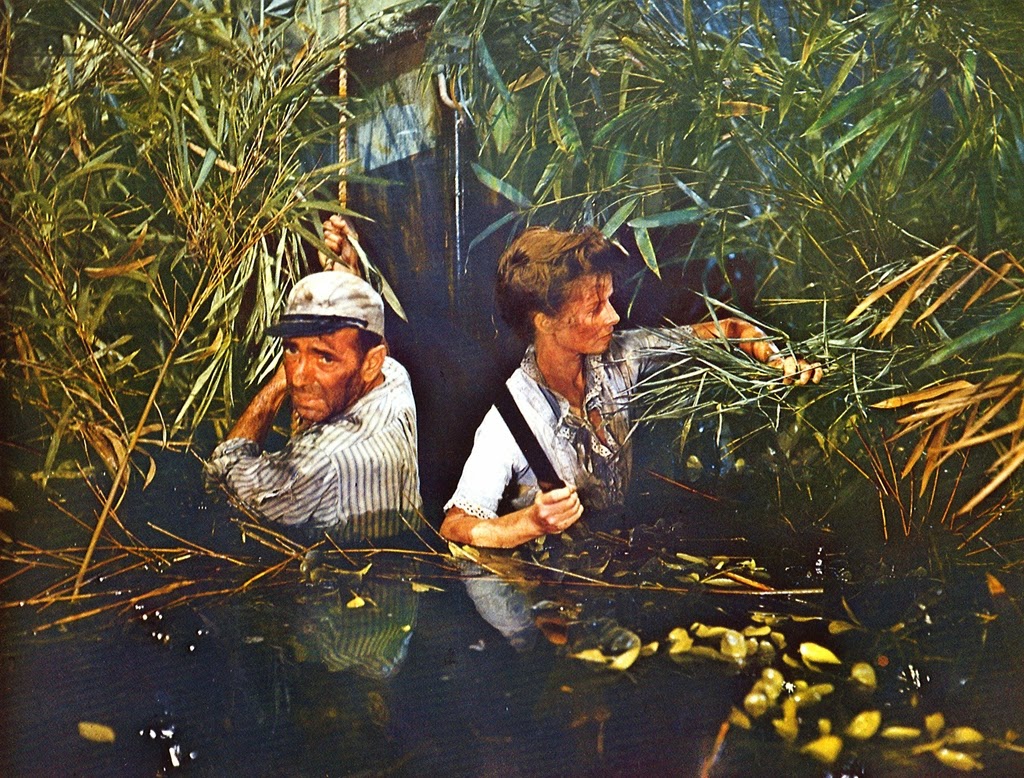 One of my first experiences with a Humphrey Bogart film, The African Queen is such a fun adventure film that throws romance and comedy into the mix.
Plot: 7.8/10- The African Queen takes place during World War I about a Canadian boat captain, Charlie Allnut, at the beginning of WWI in African. Rose Sayer is a passenger aboard Charlie's boat, and they eventually get tangled up in an adventure that leads them to grow closer throughout the film. The plot is rather simple and straightforward, yet effective and well paced, and the romance element is never under or over-played.
Humor: 8.0/10- The film is not the funniest movie ever, but Bogart and Hepburn's great chemistry and banter make for a good many laughs.
Overall: 8.0/10- While not Bogart's best work, The African Queen is one of his most entertaining, and the great banter and African scenery makes the film all the more entertaining.
Honorable Mentions: The Adventures of Robin Hood, Romancing the Stone,

Young Love/Romance: Whisper of the Heart 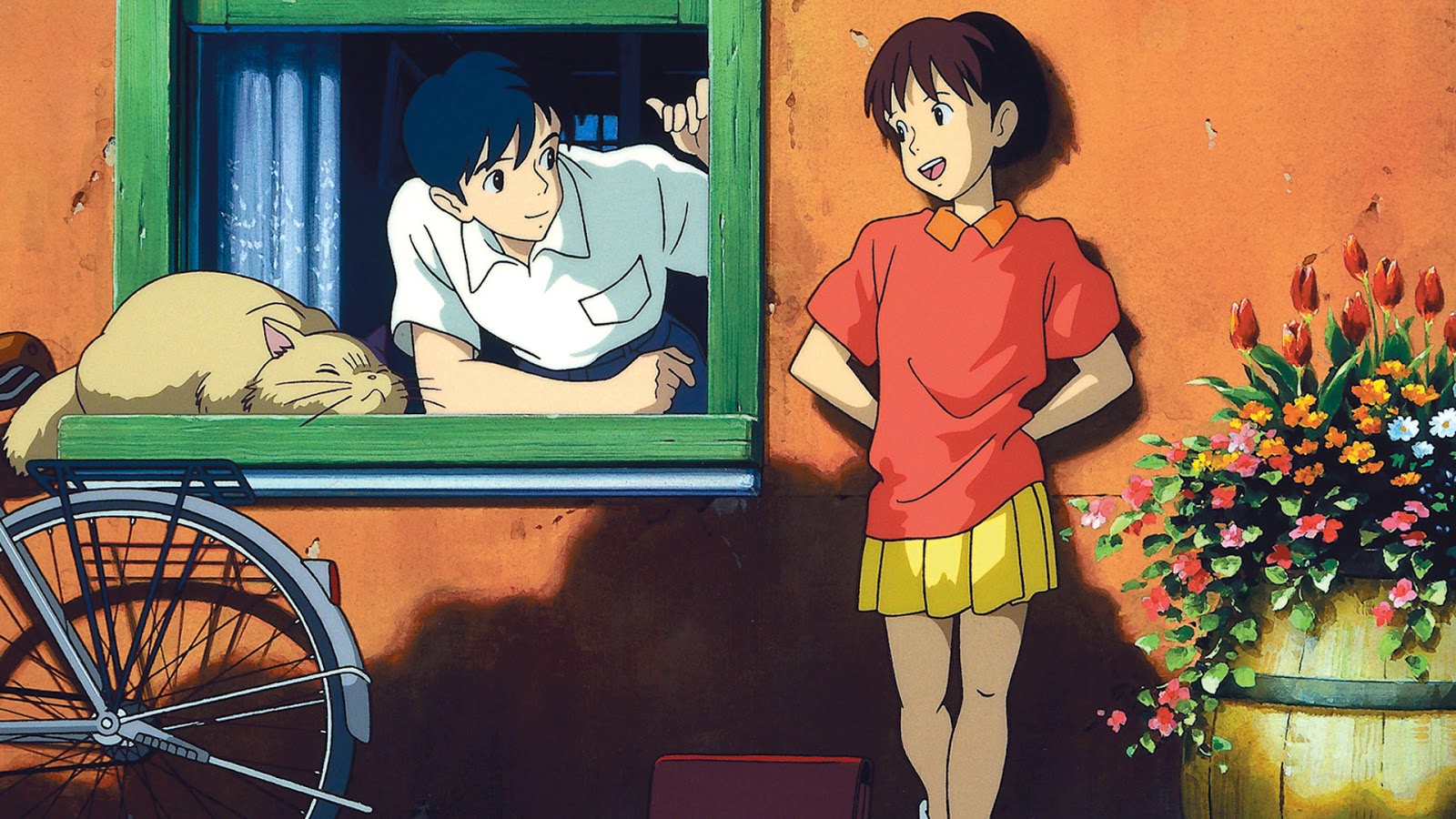 Adolescent and teen angst in fiction can the most annoying things ever, and the romance genre is often the main culprit for such annoyance. However, Japan can actually make young love, and even angst, surprisingly compelling, and few films demonstrate this better than Whisper of the Heart.
Plot: 8.3/10- Whisper of the Heart's plot is simple yet effective and deep in its own way. It is a coming-of-age story about a 14 year old girl named Shizuku. For those aspiring writers reading this, there will likely be a lot that you can relate to with the film, and while I am not a writer of fiction, as a writer of non-fiction, there was plenty for me to relate to as well.
Characterization: 9.5/10- While not the most memorable character ever, Shizuku is a very well developed and realistic character. She has real problems, and many aspects of her story seem as though it could actually happen. Seiji, while not given a lot of screen time, is good character for what is required of his character. Whisper of the Heart's romance is subtle and easily the best that I have seen between young characters. Typically, romance with younger characters is corny due to the lack of consequences, and Whisper of the Heart uses the romance to drive the theme of self-discovery.
Overall: 8.7/10- Whisper of the Heart is a criminally underrated film that few have actually seen, but if you are an aspiring writer, or already a writer, this is a film that should appeal to you. (Click here for the full review)
Honorable Mentions: The Girl Who Leapt Through Time,

What is your opinion of the romance genre? Do you agree with my picks? What do you think of the new format? Please comment below and let me know, and do not forget to check back on Saturday for the rest of the list and tomorrow for my Top 5 Romance Anime.

P.S. If you missed it, click here to read about why this list's format is drastically different than previous ones, so please let me know if you like and if you want to see more of it in the future.