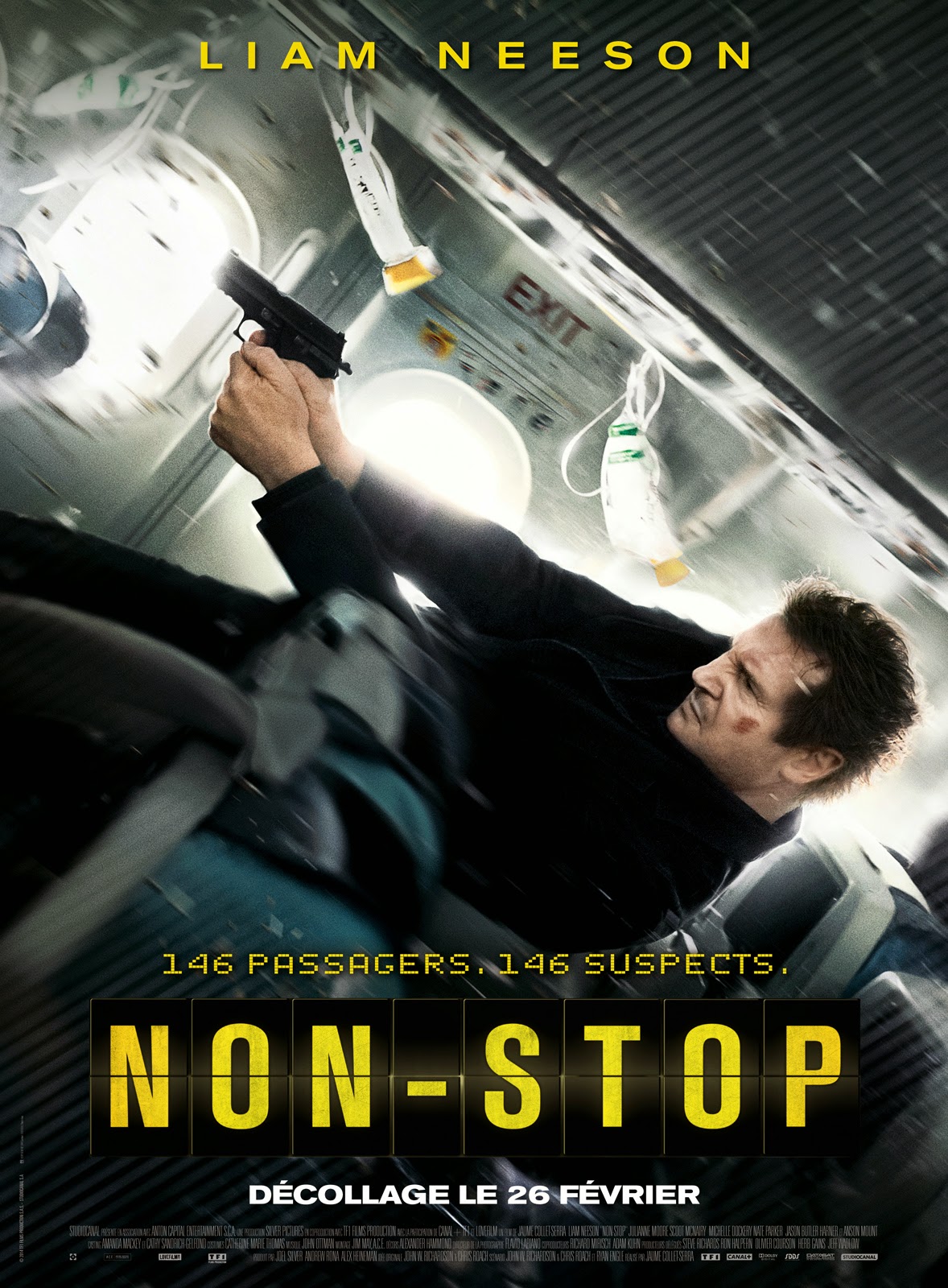 Non-Stop, a film that follows Bill Marks, an Air Marshal on a flight, who is sent a text message that if $150 million is not transferred into a bank account, someone on the plan will be killed in 20 minutes. What ensues is an almost Hitchcockian whodunit mystery with Liam Neeson playing a character that is a bit different than his normal bad*ss killer.

Competent mystery thrillers are, unfortunately, few and far between. Aside from a few modern classics, like Memento and the Usual Suspects, it is a genre that is severely lacking in quality content. Finally, we have a decent whodunit mystery with Non-Stop.

The Good: Well crafted mystery, Great tension at times, Liam Neeson is as reliably good as ever, Keeps you guessing, Bill Marks is a legitimately good character, Claustrophobic atmosphere, Solid performances throughout, Superb use of on-screen text,

The Bad: A few plot conveniences,

Plot: 7.5/10- Non-Stop's starts out with Liam Neeson's character trying to figure out who is threatening the plane, and setting up the people to be killed. The film excels at giving the audience the ability to try and figure out who the culprit is, along with the main character. Director, Jaume Collet-Serra, is able to create a decent amount of suspense and thrills, thanks to the mystery. The mystery always seems to keep you guessing, as it makes you question who you thought might have been the culprit before the final reveal. 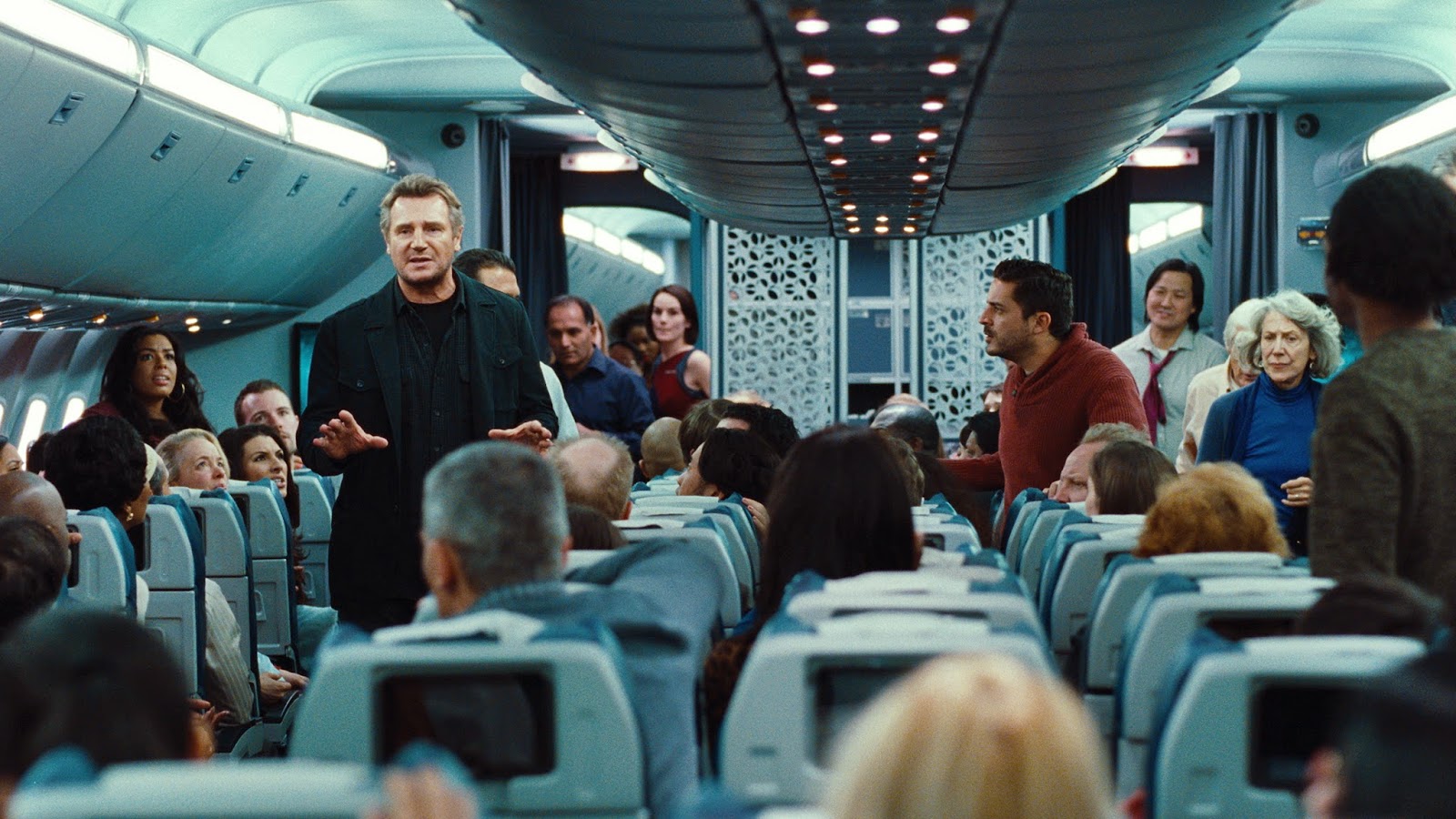 Unfortunately, the films main shortcoming is that there are a few plot conveniences. Certain parts of the plot do have the convenience and unbelievable on par with the Joker's plan in The Dark Knight. However, the viewer's enjoyment of the plot is determined mostly by willing they are to suspend their disbelief. For me, trying to discover who on the plane is behind the killings made suspending my disbelief easy, to the point where the plot conveniences were only noticeable after analysing the film.

Characterization: 7.3/10- Liam Neeson's character, Bill Marks, is a surprisingly likable character that is a departure from Neeson's usual roles. Marks is not a groundbreaking character by any means, but is well developed enough so that the audience is not following a cardboard cutout. 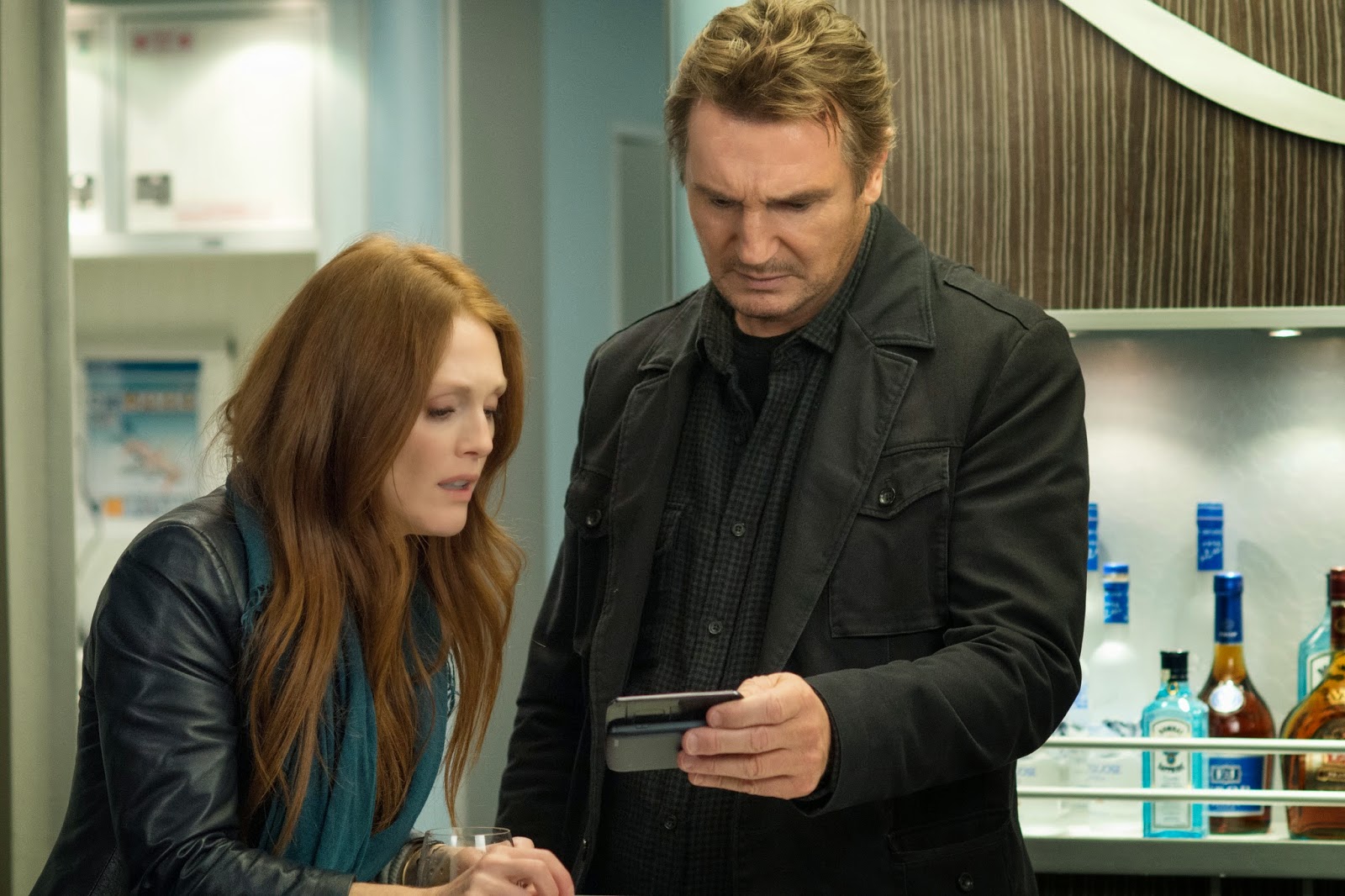 The rest of the characters mostly serve to create tension and mystery, since the viewer is constantly questioning and trying to discover who is behind the whole scheme. The only minor issue is the motivations behind the antagonist's threats are not all that well realized. However, it does make an interesting statement.


Action: 7.0/10- Non-Stop is not really an action film. There are action sequences towards the end, but most of the movie is about the mystery and the mounting tension between characters, which is executed with surprising skill. However, despite my references to the film's tension, it never reaches the level of classic thrillers like any of Hitchcock's classics or more recent work like Memento. It never had me on the edge-of-seat like truly adapt thrillers like Death Note or Parasyte, so keep that in mind.

Acting: 7.8/10- Liam Neeson finally has the chance to play a character that is a bit outside of the norm for him. Bill Marks still has elements of previous roles, but Neeson is given more material to actually humanize the character, and his performance is what makes it work.
The rest of the cast from Julianne Moore to Anson Mount are all excellent in their roles. None of the supporting performances necessarily standout, but they certain do not distract from the mystery.

Special effects: N/A- Aside from a few brief effects shots, Non-Stop is not heavy on exciting visuals. However, with the main character constantly receiving text-messages from the terrorist, the director opts for a unique venue of displaying the information to the audience with on-screen hovering text. Using this technique works brilliantly to keep the film's energy and tension, while displaying the necessary information.

Soundtrack: 7.8/10- John Ottman's score features several tracks that add to the tension and mystery of the film.

Entertainment Value: 8.0/10- The whodunit mystery genre is one that is severely lacking in recent years, so even a less-than-perfect mystery thriller like Non-Stop finally provided me with the mental stimulus that I often crave.

Overall: 7.4/10- With only one noteworthy issue, Non-Stop is reminiscent of the classic mystery thrillers of old, while featuring the new-age rough and gritty protagonist that Liam Neeson is famous for playing. Overall, it the type of experience that you are not likely to find in many Hollywood films today.

Closing comments: Hopefully, with a tighter script, director, Jaume Collet-Serra, can make more of these old-school mystery thrillers, since Non-Stop did succeed at the box office.

Please check back tomorrow for my first live-stream.
Click here to check out more of my movie reviews. 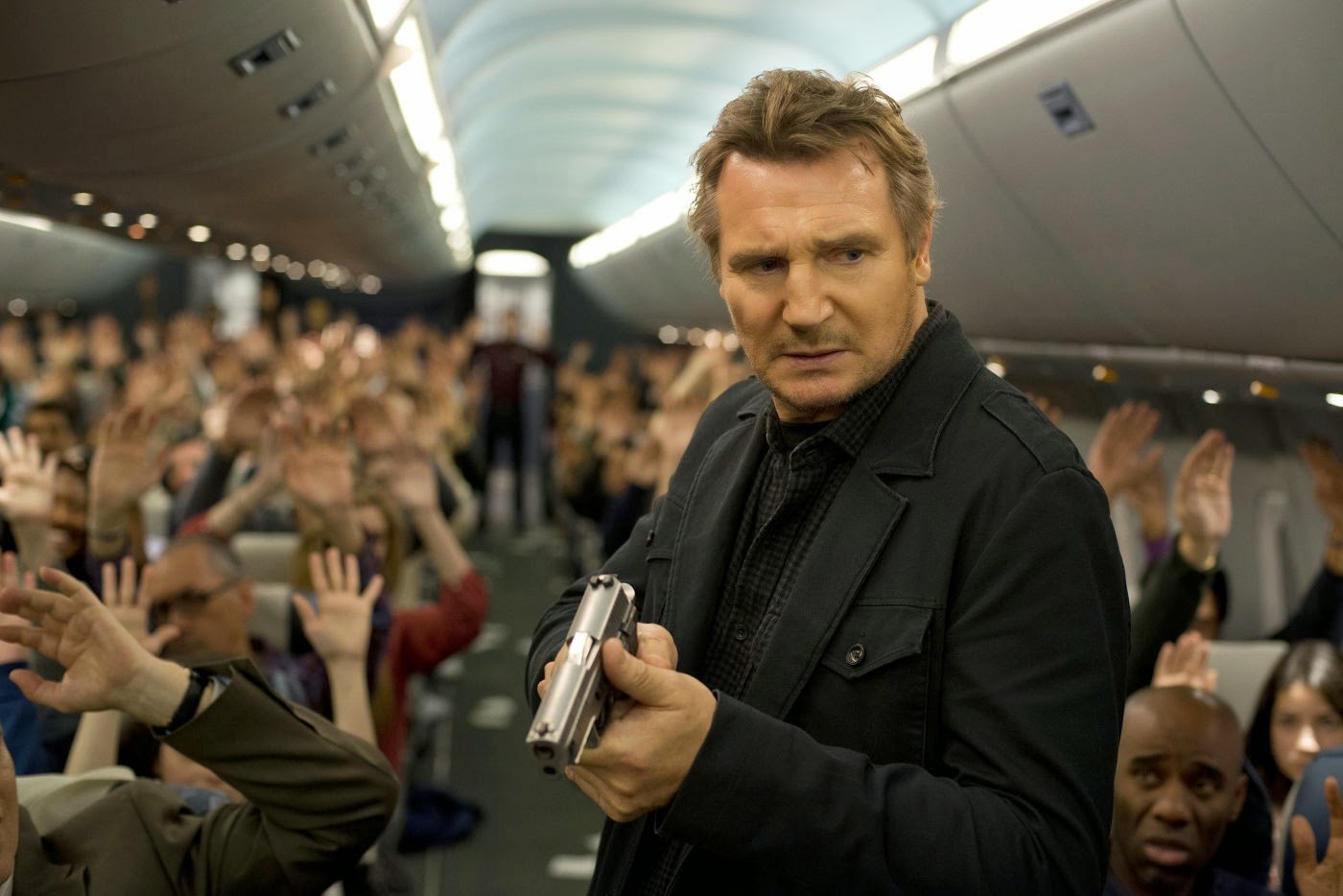