The Hunger Games: Mockingjay – Part 1, the first part of the franchise’s finale that continues the story of Katniss Everdeen in the aftermath of the previous film. 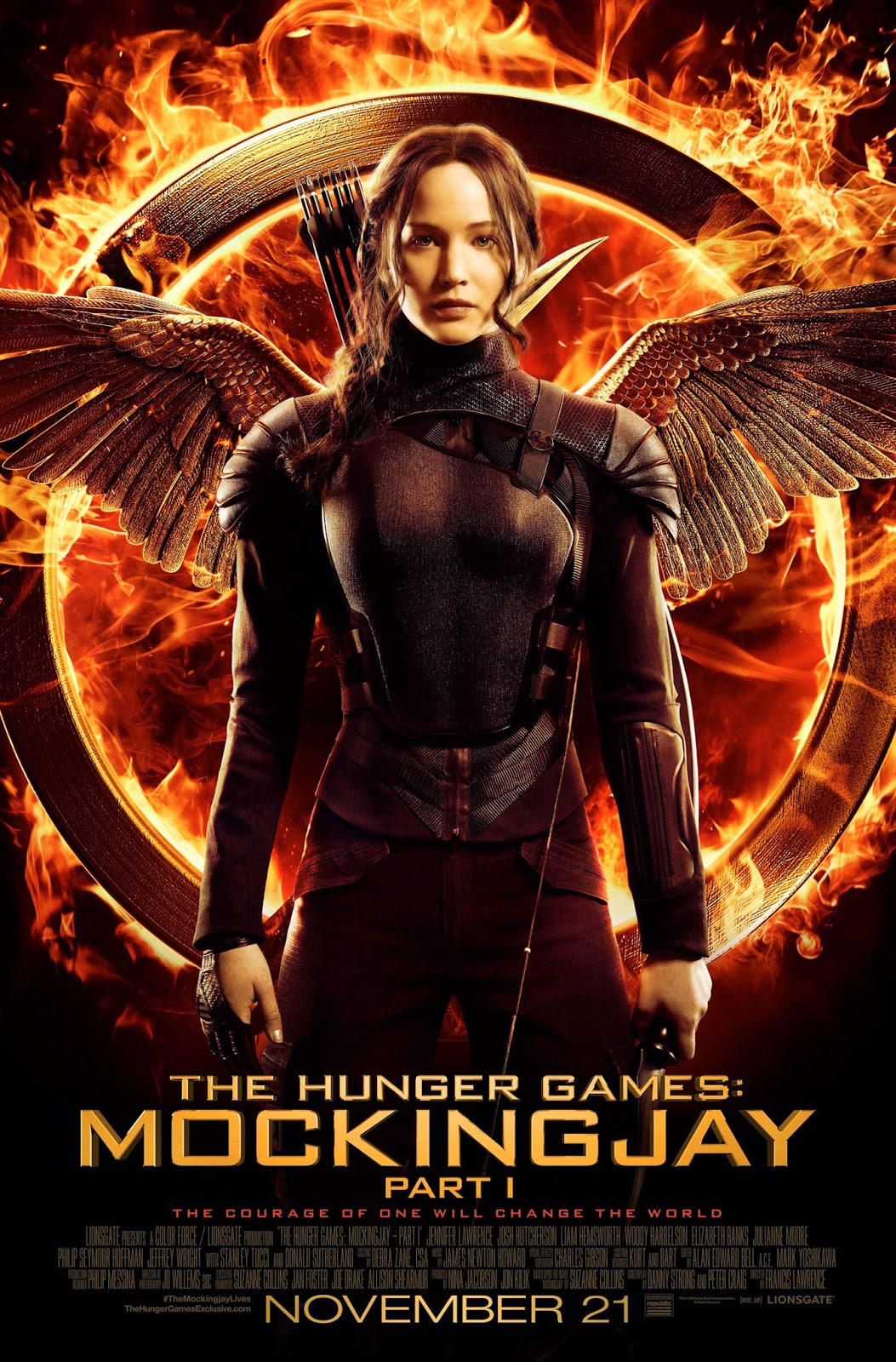 From the onset, the Mockingjay: Part 1 is strikingly different than the previous entries in the franchise. No longer are the Hunger Games themselves the central focus of the film. Now, the name of the game is propaganda in this war of rebellion with the capitol and rebel forces going back and forth with each attacking one another with ad campaigns trying to sway the opinion of the masses.

Surprisingly, at least for non-book readers, Part 1 is not an action film. Unlike usual, I knew next to nothing about the film going in, and yet the movie managed to make the propaganda aspect so entertaining that the lack of action was barely noticeable. For example, I watched the movie with my brother and a friend, both of whom are action junkies, especially when watching a movie in theaters, yet they both enjoyed the film as much as I did, and even more so than the previous Hunger Games movies.

The Good: Intriguing propaganda mind games, Satisfying conclusion for a "Part 1," Strong performances across the board, Surprisingly humorous, Great set design, Jennifer Lawrence is as reliable as ever, Shocking plot twists,

The Bad: Supporting cast is sidelined, Smaller in scale,

Plot: 8.2/10- For a "Part 1" of a two part story, Mockingjay's plot progression was surprisingly fluid and natural. The movie began and ended without a moment feeling out of place. Even though not a lot was necessarily happening, it never became boring or uninteresting, which is even a problem that the previous films suffered from. 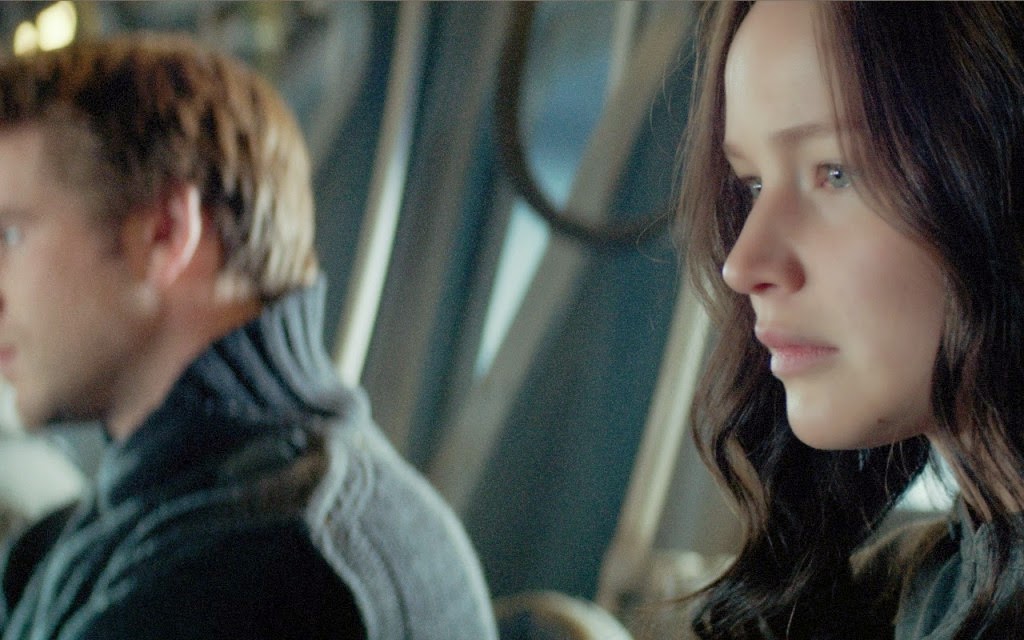 Knowing next to nothing of the source material, the several plot twists of the turns are very expected, with one being so shocking that a member of audience “D*NM!” when it happened.

As enjoyable as action movies are, seeing a more intellectual, behind-the-scenes, war going on is not something that you see in movies in the west, or blockbusters in general, and it is a refreshing change of pace. With that said, it is not the most compellingly told or meaningful story of rebellion, but it is well enough executed to be enjoyable. For example, this year's Captain America: The Winter Soldier was able to convey an even more profound political message, yet still be a thrilling action film.

Being the first half of one story still presents some issues. As entertaining as the events of the film are, at times it felt like an episode of television, because it is still mostly setup for the finale. It is great setup, but it is still like the first two Acts of a larger narrative. Fortunately, the film manages to end in a fashion that is very satisfying, even if it teases the audience every time it cuts to black before the actual endings.

My only other minor issue is that the nature of the story makes the movie feel small in scale. It does not have the feeling of a large scale cinematic epic that Catching Fire had. Of course, this is probably due to this being the first part of a larger story, but it almost felt like high quality television at times.

Characterization: 7.9/10- Whereas previous films focus on a few different characters, Mockingjay: Part 1 is very Katniss centered story. Focusing the story around the main character provides for time to develop the main character. However, after watching a review, someone noted that Katniss lacks progression as a character, and that is kind of true to a point, although Katniss has never been a character that changes all that much, so it was not all that noticeable to me.
Most of the characters from the previous films, plus the new cast of characters, serve their purpose in the narrative, without being actively developed, which is a byproduct of the focus on Katniss. 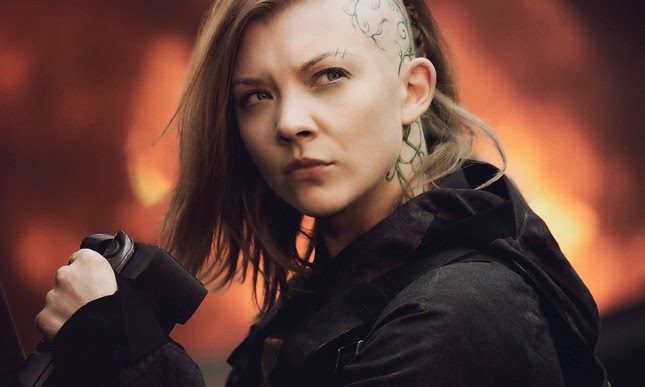 Action: 6.5/10- As previously stated, Part 1 is not an action film like the previous entries. This is not a bad thing, but if you were expecting an action blockbuster, this is not going to be it. With that said, there are a few quick action sequences, and Francis Lawrence does an excellent job at making them intense for the five minutes that they last. 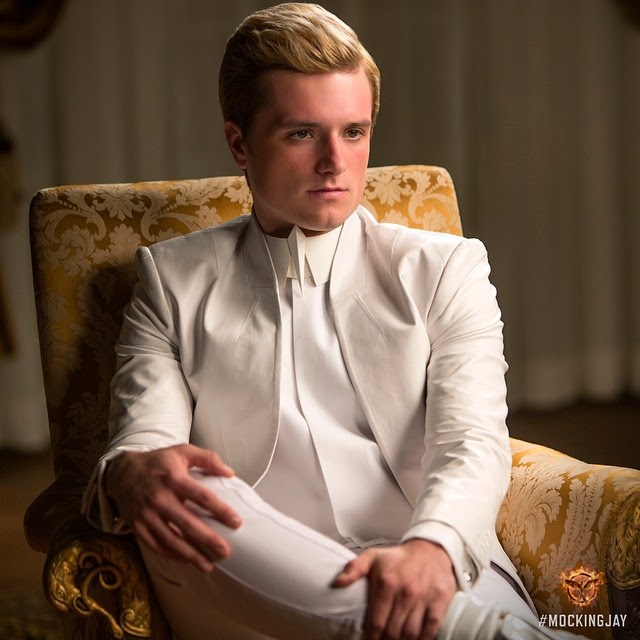 Acting: 8.5/10- Jennifer Lawrence is as reliable as ever as Katniss, even if some of her crying scenes are a bit odd.

Even though the supporting cast is sidelined story wise, the actors certainly make the most of their time with superb performances from almost everyone. All of the returning cast including Woody Harrelson, Philip Seymour Hoffman, and even Josh Hutcherson give fine performances. Of the new cast, Natalie Dormer as Cressida makes the best impression, even if her screentime is limited as well.

Special effects: 7.5/10- With the exception of a few scenes, the film is not all that heavy in terms of special effects. However, the special effects that are present are barely noticeable thanks to the high quality CGI. The design of the sets and use of practical effects opposed to CGI and green screen is impression, which gives the film a better sense of reality.

Soundtrack: 7.9/10- James Newton Howard's score does exactly what it is made to do, compliment the film and set the mood. It is not the most memorable, but it gets the job. The use of a certain song was also surprisingly effective and well utilized.

Humor: 7.7/10- The film is not all that heavy on humor, but the humor that is present seems natural and well timed.

Entertainment Value: 8.3/10- From beginning to end, the film entertained me. It does not reach the level of audience involvement that other top films of the year have, but it is the type of film that you watch and do not regret paying the price of admission.

Overall: 8.0/10- Despite suffering from the shortcomings that a "Part 1" film entails, The Hunger Games: Mockingjay – Part 1 excels in most other aspects thanks to the superb performances, solid pacing, and managing to provide a satisfying cliffhanger, without feeling as though it is teasing the audience.

Closing comments: As an action film, The Hunger Games: Mockingjay – Part 1 falls short, because that is not what it is trying to be, even if the trailers may suggest otherwise. However, as a propaganda war drama, it succeeds.

Recommended for: Anyone that liked the previous films, 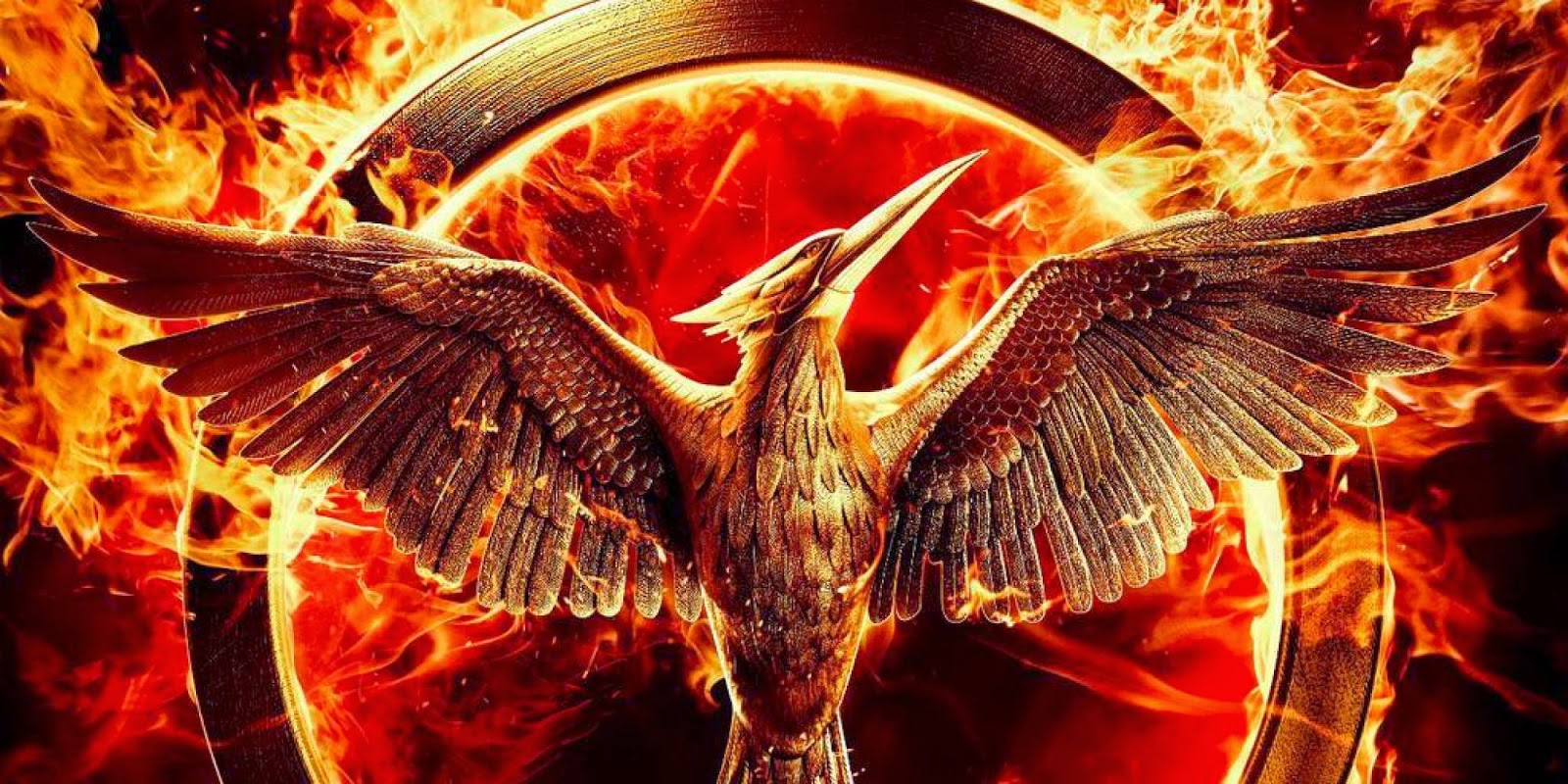 Posted by James the Reviewer at 7:34 AM